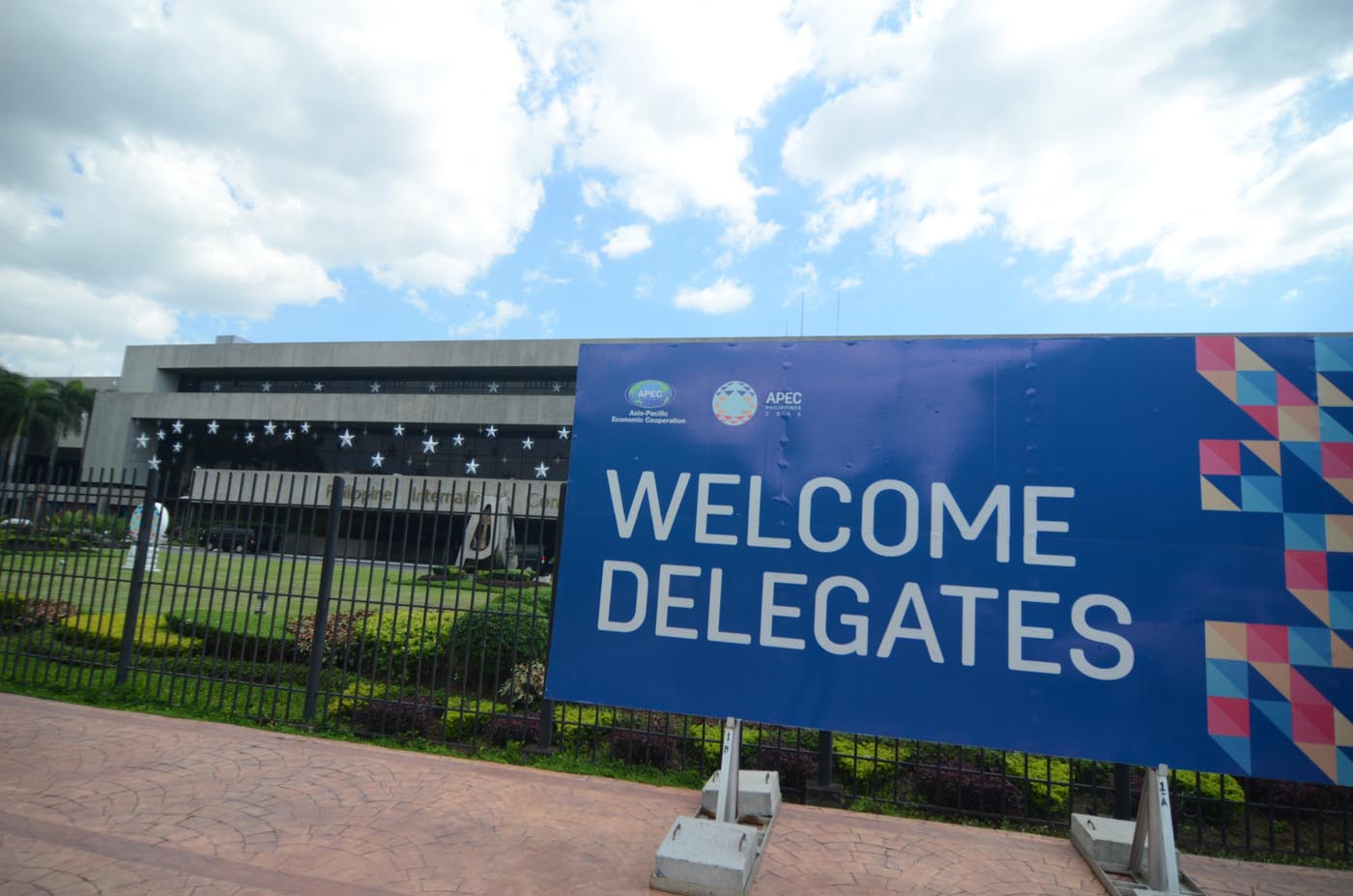 MANILA, Philippines – Here is an overview of the major official events for the Asia-Pacific Economic Cooperation (APEC) 2015 summit in Manila.

This page will be updated every day.

Monday, November 16, marks the start of the most important week in the APEC calendar. Two big meetings start on Monday: the APEC Ministerial Meeting, and the APEC CEO Summit.

All Day: State Visit, HE Michelle Bachelet, President of Chile | Alongside the APEC events, Chilean President Bachelet will also be welcomed in Malacañang for a state visit.

The leaders will have a session with the APEC Business Advisory Council, and then the members of the Pacific Alliance will have an informal conversation.

APEC Welcome Reception | In the evening, President Aquino will welcome the economic leaders to a dinner at the Mall of Asia Arena.

APEC Economic Leaders’ Meeting (AELM) | The highlight of the week: the leaders of the 21 member economies of APEC meet at the PICC. Their spouses will have a separate program in Intramuros.

In the afternoon, most leaders will start departing, either heading home or to Kuala Lumpur, Malaysia, for the ASEAN Summit. – Rappler.com