TIMELINE: What happened to AirAsia QZ8501?

Nov 24, 2015 5:50 PM PHT
Rappler.com
Facebook Twitter Copy URL
Copied
Here is a timeline from the day the plane crashed to other developments leading to the announcement on the investigation's results on Tuesday, December 1 JAKARTA, Indonesia (UPDATED) – On Tuesday, December 1, Indonesia is announced its findings on what caused the crash of Air Asia flight QZ8501 nearly one year since it went down in the Java Sea on December 28 in stormy weather during what was supposed to be a short trip from the Indonesian city of Surabaya to Singapore.

At the time of its crash, it was the third Malaysian carrier tragedy of the year, after two Malaysian Airlines flights also had their own disasters. AirAsia has had no major accident or plane crash on record, up until the disappearance of flight QZ8501.

Below is a timeline of events leading up to the announcement of the investigation’s results:

The report released said faulty equipment and the crew’s “inability to control the aircraft” led an AirAsia A320 to crash into the Java Sea last year, killing all 162 people onboard.

It added the flight data recorders did not indicate the weather had affected the aircraft.

Indonesia said it will announce on November 25 the results of an investigation into the crash.

Indonesian search and rescue teams ended the hunt for victims with 56 people still unaccounted for.

The search was scaled back dramatically in recent weeks, with foreign vessels withdrawing as well as the Indonesian military, which had provided the bulk of personnel and equipment.

Indonesia’s civilian search and rescue agency had continued the hunt, but on a smaller scale and their teams were only occasionally finding more bodies and wreckage. (READ: AirAsia relatives ‘surrender’ fate of loved ones)

Indonesia retrieved the final major part of the fuselage of the jet.

The mangled wreckage, the largest part of the plane retrieved, was pulled from the sea Friday and loaded onto a ship, national search and rescue chief Bambang Soelistyo told Agence France-Presse. 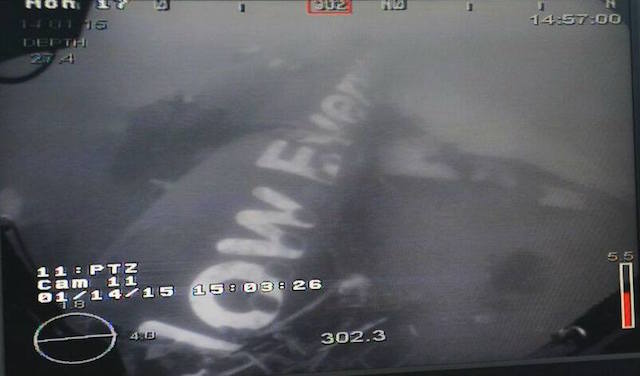 No bodies were found during the course of the operation. Some 103 bodies had been recovered.

Investigators announced the co-pilot was at the controls when it went down, killing all 162 people on board.

The announcement came as fishermen found two more bodies from the crash in waters off Majene, Sulawesi, around 1,000 kilometers (600 miles) from where the plane crashed, a search and rescue official said.

The Indonesian military called off efforts to recover the wreckage of the AirAsia plane, after failing to find any more bodies inside the fuselage.

The navy, which has provided much of the personnel and equipment for the rescue effort, said it was withdrawing as the badly damaged fuselage was too difficult to lift and no more bodies had been located. 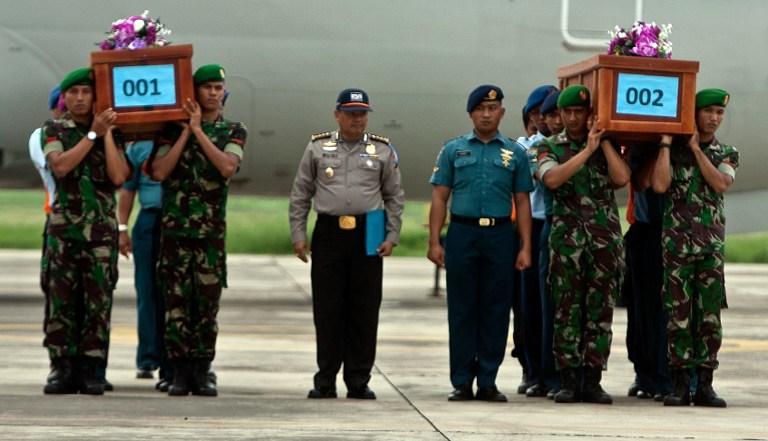 So far just 70 bodies have been recovered, and the national search and rescue agency said it would try to find more victims in smaller-scale operations.

The fuselage of the crashed AirAsia jet has been located by a Singaporean vessel involved in the search, Singapore Defense Minister Ng Eng Hen announced on his official Facebook page.

“Chief of Navy RADM Lai Chung Han just informed me that one of SAF’s ships, the MV Swift Rescue, has located the fuselage of the AirAsia plane in the Java Sea,” he wrote.

Indonesian divers retrieved the cockpit voice recorder from beneath the wreckage as the airline’s boss, Tony Fernandes, vowed to overcome the “toughest times” he has known.

It came a day after the plane’s other black box, the flight data recorder, was recovered, and the devices should provide investigators with vital information about what caused the accident. 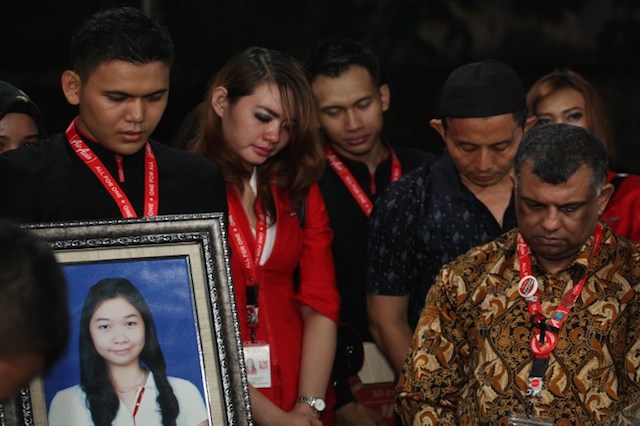 Bodies and debris were found around 160 kilometres (100 miles) southwest of the town of Pangkalan Bun in Central Kalimantan on Borneo island. 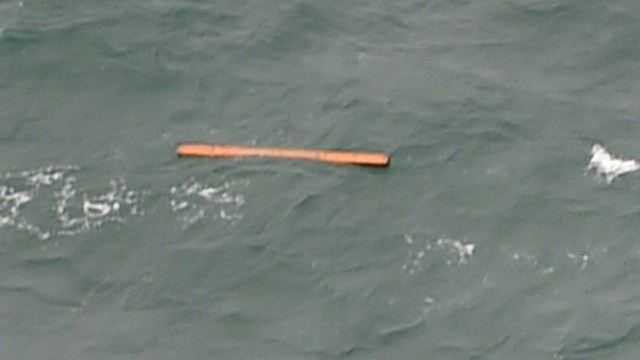 Relatives of people on board learned about the discovery of the debris at a holding room of the Surabaya Airport. Many are distraught and some faint from the news and are rushed to the hospital.

Messages of support and prayers for the passengers and their families are coming in from all over the world.

The pilot asked to ‘deviate’ due to bad weather.“Last contact was with the Jakarta tower, pilot requested permission to avoid clouds and fly to 38,000 feet,” Transport Ministry official Djoko Murdjatmodjo said. “The plane is in good condition but the weather is not so good.” 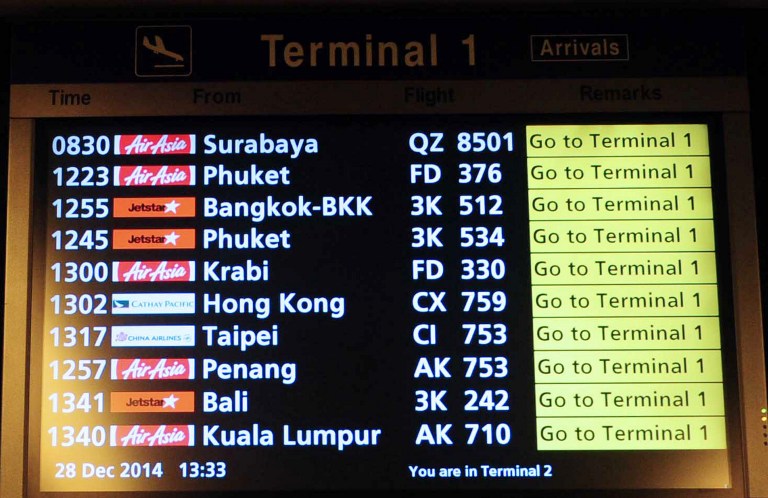 The flight had 155 passengers, including 17 children and 1 infant, plus 7 crew members (two pilots, an engineer, and 4 flight attendants): 155 Indonesians, 3 South Koreans, 1 Malaysian, 1 British, 1 French, 1 Singaporean. The complete passenger manifest released by the Indonesian Transportation Ministry includes 23 names who did not check in for the flight.

Search and rescue operations led by the Indonesian military and SAR teams of Indonesia and Singapore are focused on an area between Belitung island and Kalimantan, the plane’s last known position. – Rappler.com