Duterte on Mary Jane: I am ready to accept Indonesia’s decision 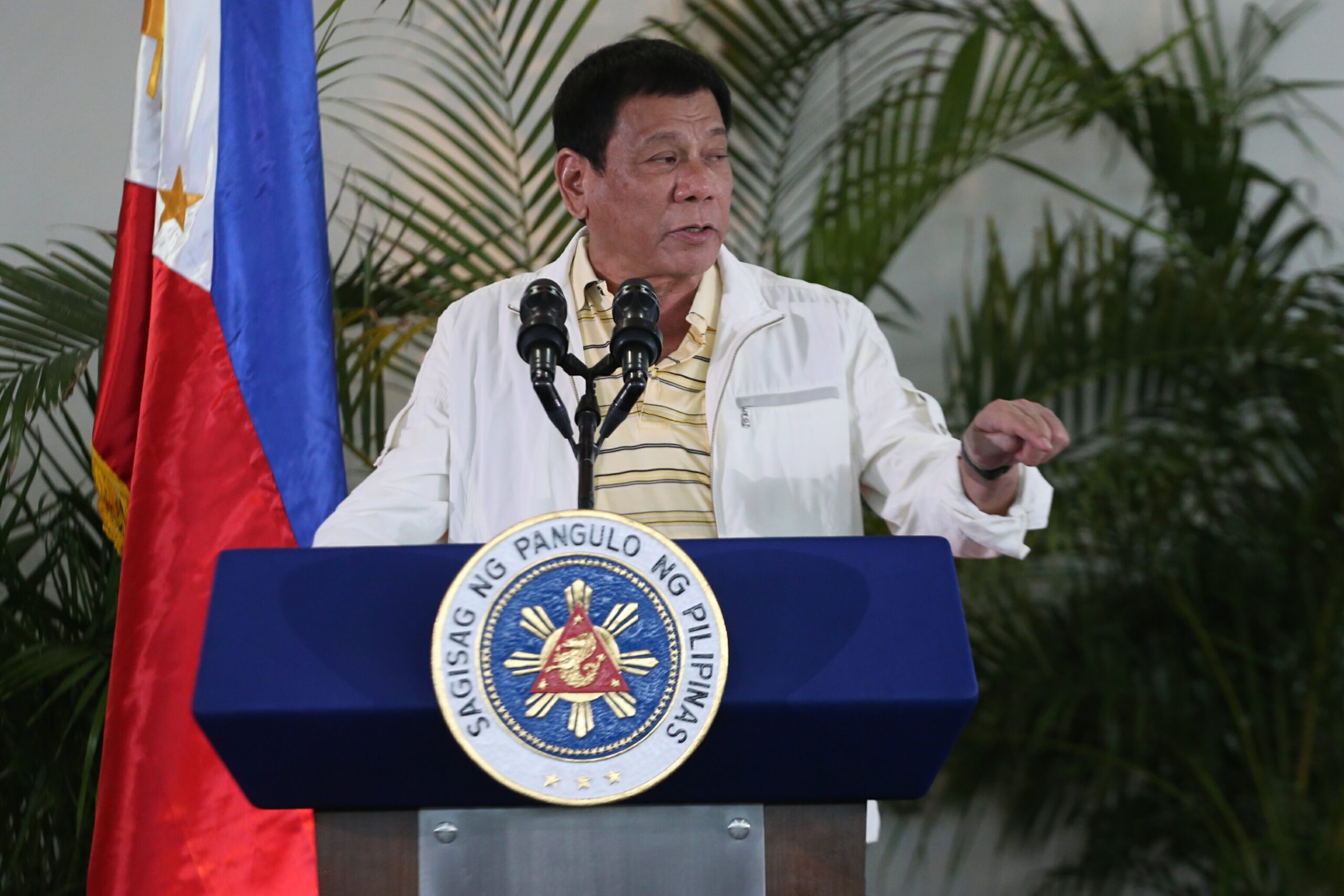 Facebook Twitter Copy URL
Copied
President Rodrigo Duterte says he will ask for mercy for a Filipina on death row in Indonesia, but will respect what President Joko Widodo decides.

MANILA, Philippines – Philippine President Rodrigo Duterte is set to visit Indonesia for his first state visit, where he said he plans to ask his Indonesian counterpart for mercy, for a Filipina on death row there.

If it doesn’t work however, he says he is “ready to accept it.”

On Monday, September 5, Duterte was asked about his approach to the case of Mary Jane Veloso, a single mother of two from the Philippines, who has been sentenced to death in Indonesia for allegedly smuggling drugs into the country.

Veloso has maintained her innocence, insisting she was an unknowing drug mule.

“Well, I may just have to ask (Indonesian President Joko) Widodo in a most respectful and in very, very courteous way. And if my pleadings will fall on deaf ears, I am ready to accept it – for the simple reason I do not doubt the judicial system of Indonesia,” he said.

“I have been there once upon a time, and I was able to observe how it works. Whether or not she is really guilty, she’s bound to be culpable liability. So, I might just accept the system and plead for mercy.”

He added, “But if President Widodo will deny it, still I would be grateful that she has been treated very well.”

The President also said he respects the laws of Indonesia, the same way he expects Philippine laws to be respected.

“For after all, we have our laws to follow and had it been any other… or the other way around, I might also be at the receiving end of so many pleas for mercy – and I would never know what or how to react.”

Duterte has consistently slammed other western countries like the United States as well as international organizations like the United Nations, for “interfering” with Philippine affairs, after they have expressed concern over the rise of extrajudicial killings in the country since Duterte came into power.

The killings are said to be related to Duterte’s intensified war against drugs.

Duterte’s statement comes 4 days after Veloso appealed to Duterte for help in “getting justice.”

“I’ve been suffering for so long here in Indonesia, suffering even though I am innocent. You are my only hope,” she said in an audio recording.

Mary Jane said in Filipino that she is “ready to be executed” but is “hurt by the fact that she’s innocent” and that “she has children who are still very young.”

“I’ve been in Indonesia for almost 7 years now and I still haven’t been given justice. That’s all I ask from you – give me justice.”

Duterte is set to visit Indonesia, the most populous country in Southeast Asia, from September 8 to 9.

Mary Jane Veloso, 31, was arrested in 2010 for allegedly smuggling into the country, 2.6 kilograms of heroin through the lining of her suitcase. Veloso, who hails from Nueva Ecija, had flown to Malaysia with the intention of securing a job as a domestic helper.

She claimed that her recruiter, Maria Kristina Sergio, had duped her into flying to Indonesia and that the suitcase was given to her by Sergio. Veloso was given a last-minute reprieve last year after Sergio surrendered to authorities.

Indonesia has said it would wait for Sergio’s trial to conclude in the Philippines before acting on Veloso’s case but emphasized she reamins on death row.

Human rights activists have constantly pointed out that Veloso was not given a fair trial, while other rights groups like Amnesty International “has documented systemic flaws in Indonesia’s criminal justice system and its implementation of the death penalty.”

Both the administrations of Indonesia and the Philippines are waging a war on drugs in their respective countries, but have faced criticism from the international community for their approaches. – Rappler.com