Nov 23, 2012 1:11 AM PHT
Agence France-Presse
Facebook Twitter Copy URL
Copied
In a case that could wreck the 57-year-old's hopes of a political comeback, Sarkozy is suspected of taking financial advantage of elderly L'Oreal heiress Liliane Bettencourt when she was too frail to fully understand what she was doing 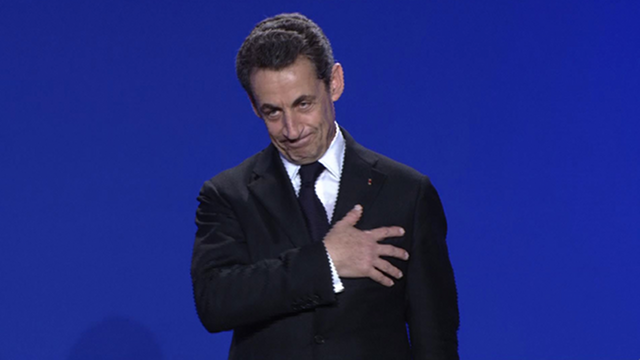 In a case that could wreck the 57-year-old’s hopes of a political comeback, Sarkozy is suspected of taking financial advantage of elderly L’Oreal heiress Liliane Bettencourt when she was too frail to fully understand what she was doing.

Sarkozy’s appearance comes with his right-wing UMP party in turmoil after the battle to replace him degenerated into mud-slinging and both contenders claiming victory.

Examining magistrate Jean-Michel Gentil and two other judges were expected to spend most of the day quizzing Sarkozy, who flew into Bordeaux on a private plane, about how he obtained funding from Bettencourt.

Judicial sources have told AFP Sarkozy could be formally indicted on a charge of taking advantage of someone in a position of weakness, although the magistrate also has the option of interrogating him as a witness under caution.

Bettencourt is now 90 and has been in poor health since 2006.

The allegation against Sarkozy is two-fold: that the money obtained from her took his campaign financing over legal limits and that it had been secured without her full knowledge or consent.

This latter claim was made by Bettencourt’s former accountant, Claire Thibout, in 2010. She told police that she had handed envelopes stuffed with cash to Bettencourt’s right-hand man, Patrice de Maistre, on the understanding it was to be passed on to Sarkozy’s campaign treasurer, Eric Woerth.

Maistre withdrew a total of four million euros ($5.2 million) in cash from Bettencourt’s Swiss bank account in seven instalments between 2007 and 2009.

Investigators suspect some or all of the money could have found its way to Sarkozy or his party.

Claude Gueant, a close ally of Sarkozy who served as his interior minister, said the courts needed to show why his questioning was necessary.

“I would like to be absolutely convinced that this hearing is essential,” he told RTL radio, insisting there was no chance of illegal campaign financing because of “extremely rigorous” controls.

Sarkozy, who lost his immunity from prosecution after losing the presidential election to Socialist Francois Hollande in May, is facing a slew of legal inquiries.

As well as the Bettencourt case, he is facing probes into contracts for opinion polls, an illegal police investigation into journalists and alleged kickbacks on a Pakistani arms deal used to finance the right in 1995, when Sarkozy was budget minister.

Sarkozy has not ruled out another tilt at the presidency in 2017.

Efforts to find a replacement for him within his party have descended into chaos, with ex-prime minister Francois Fillon contesting the result of a bitter leadership election won by party secretary general Jean-Francois Cope.

Sarkozy has denied any wrongdoing in the raft of probes, but the conviction last year of his predecessor Jacques Chirac has shown that French courts are willing to go after former leaders.

Chirac was called before investigators less than two months after he left office in 2007, on charges of breach of trust and embezzlement between 1990 and 1995, when as mayor of Paris he employed ghost workers.

He was found guilty and given a suspended jail sentence in December, becoming the first post-war French head of state to be convicted of a crime.

One of Sarkozy’s allies was meanwhile convicted Thursday of making threats to a lawyer for the families of 11 French engineers killed in a 2002 bombing in Karachi at the centre of the Pakistani kickback scandal.

Former minister Brice Hortefeux was ordered to pay a 5,000 euro ($6,400) fine for telling a newspaper the lawyer “should be smashed up”. – Agence-France Presse