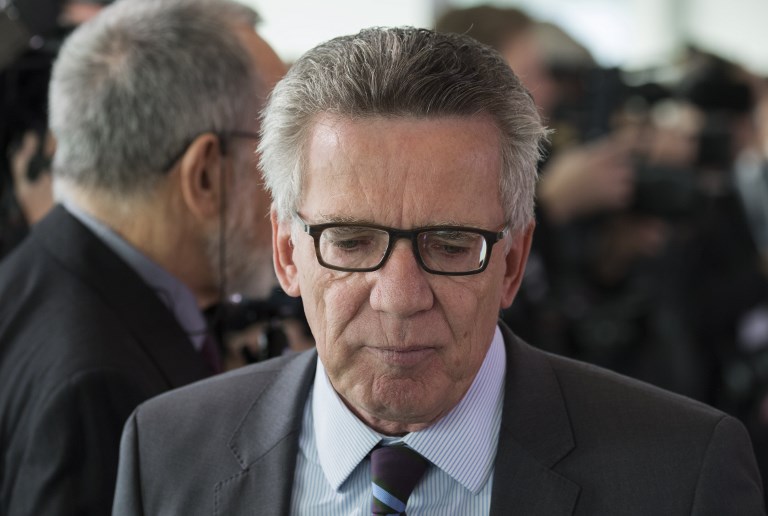 He justified the move with the continued threat of terrorism, illegal migration inside Europe’s passport-free Schengen zone, and the European Union’s porous outside borders.

The police controls will target the country’s southern border with Austria, the main gateway for illegal migrants, and direct flight connections with Greece, his ministry said.

Germany introduced the ID checks in September 2015 when more than 10,000 migrants a day crossed the border after travelling overland through Balkans countries.

The European Commission has previously urged Germany and other countries to drop the controls inside the Schengen zone, which includes 22 EU countries plus Iceland, Liechtenstein, Norway and Switzerland.

Germany’s border controls had been due to expire on November 11.

De Maiziere said he decided on the extension “in close consultation” with his counterparts in Austria, Denmark, Sweden and Norway, and had informed the European Commission.

De Maiziere has pointed to the continued threat of attacks since a jihadist truck rampage across a Berlin Christmas market last December claimed 12 lives.

The suspect in the deadly attack, Anis Amri, is a Tunisian national who had been jailed in Italy before moving to Germany in July 2015 amid the mass migrant influx.

“Germany and other EU member states have experienced dramatic terrorist attacks,” he said.

The reintroduction of European border checks has raised concerns about the collapse of the Schengen zone, which is widely seen in Europe as a symbol of unity and freedom.  – Rappler.com