May 2, 2018 11:06 AM PHT
Agence France-Presse
Facebook Twitter Copy URL
Copied
Lawmakers are seeking 'official papal apology for the role played by the Canadian Catholic Church in the development, operation and abuse of residential schools' 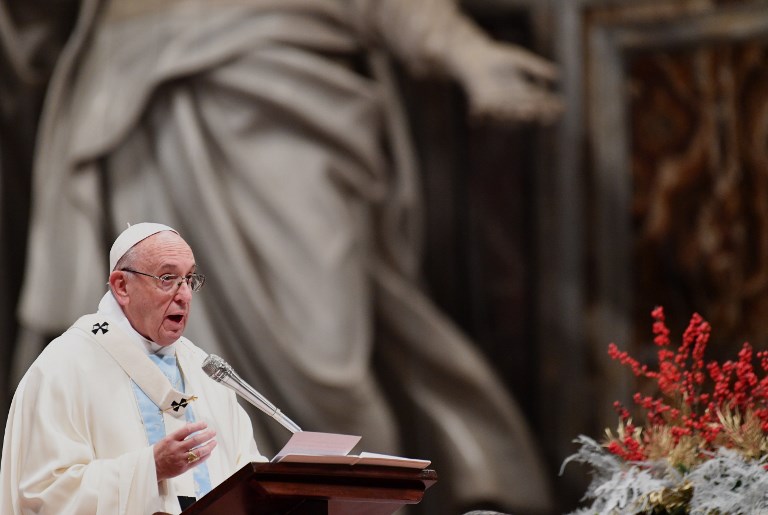 OTTAWA, Canada – Canada is pressing Pope Francis to apologize to children who were plucked from indigenous communities and put in Catholic boarding schools where sexual abuse took place.

Canadian MPs by a large majority passed a motion Tuesday, May 1, asking the pontiff to apologize personally to Canadian aboriginal children who were torn from their families and sexually abused at residential schools.

Voted in the House on Tuesday, 260 MPs voted in favor and 10 against a motion urging the pope to comply with one of the 2015 findings of the Truth and Reconciliation Commission of Canada.

Lawmakers were seeking “official papal apology for the role played by the Canadian Catholic Church in the development, operation and abuse of residential schools,” the text said.

Prime Minister Justin Trudeau has expressed disappointment over the Catholic Church’s decision not to apologize for its role in residential schools.

“One has to take responsibility for the harm that was done, not only to the children that were taken but for the families left behind and what happened to them,” she said, vowing to continue to pressure the Vatican to change tack.

In an open letter, the Canadian Conference of Catholic Bishops wrote: “After carefully considering the request and extensive dialogue with the Bishops of Canada, (the pope) felt that he could not personally respond.”

At the same time, however, the pontiff encouraged bishops to engage “in an intensive pastoral work of reconciliation, healing and solidarity” and to work collaboratively to improve the lives of indigenous peoples.

The reconciliation commission urged an apology from the Catholic Church in its extensive list of recommendations in a 2015 report.

The report collated evidence over 6 years from some 7,000 former students in Canada.

Trudeau sought an apology for the abuses when he met with Pope Francis at the Vatican in 2017.

Some 150,000 Indian, Inuit and Metis youngsters were forcibly enrolled into 139 residential schools set up to assimilate native people, many of which were operated by church groups on behalf of the Canadian government.

Students were physically and sexually abused by headmasters and teachers who stripped them of their culture and language.

Today, they blame their experience for a high incidence of poverty, alcoholism and domestic violence, as well as high suicide rates, in their communities.