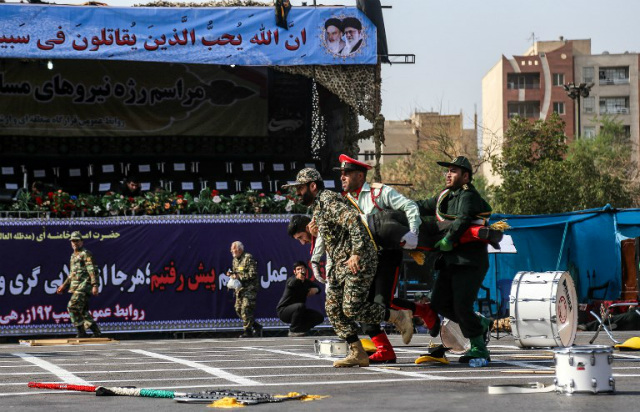 TEHRAN, Iran – Iran on Sunday, September 23, warned the United Arab Emirates over “offensive remarks” attributed to a UAE “political advisor” on the weekend’s deadly attack on an Iranian military parade.

The Emirati charge d’affaires was summoned to the foreign ministry over the advisor’s “blatant support” for Saturday’s attack in the city of Ahvaz that killed 29 people, said the ministry’s spokesman Bahram Ghasemi.

“The summoning was over offensive remarks of a (UAE) political advisor,” he said in a statement.

“The charge d’affaires was warned that blatant support of terrorist acts by those linked to Emirati authorities will have repercussions for the UAE government,” said Ghasemi.

The ministry did not disclose the advisor’s name or the controversial comments.

Officials say 29 people were killed in the attack by 4 gunmen on a military parade in Ahvaz, capital of Khuzestan province bordering Iraq.

Iran blames the attack on an Arab separatist movement supported by a US-backed Gulf state. – Rappler.com