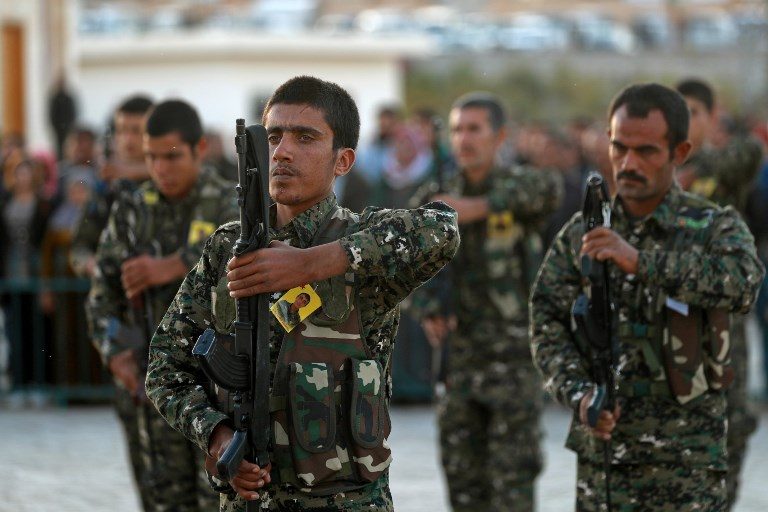 BEIRUT, Lebanon – At least 65 Islamic State group fighters have been killed around their last enclave in Syria despite a pause in a two-month Kurdish-led assault, a monitor said Wednesday, November 7.

The US-backed Syrian Democratic Forces announced a pause in its offensive in the eastern province of Deir Ezzor last week in protest at Turkish shelling of Kurdish positions along Syria’s northern border.

But waves of US-led air strikes since Monday, November 5, have killed 48 jihadists, including during two ISIS assaults on oilfields north of the Hajin enclave, the Syrian Observatory for Human Rights said.

On Tuesday the jihadists launched an assault on the Azrak oil field, followed by an attack Wednesday on the Tanak oil field where US-backed SDF fighters are based, it said.

A coalition spokesman did not immediately reply to a request for comment.

The SDF killed another 17 ISIS fighters while defending a base in the village of Al-Bahra just outside ISIS-held territory on Monday, the Britain-based monitoring group said.

Alliance spokesman Kino Gabriel had stressed that the pause in offensive operations did not mean SDF fighters would not defend themselves.

The SDF launched its assault on the ISIS enclave around the Euphrates valley town of Hajin on September 10.

But after making slow progress, it suffered a major setback last month when ISIS used cover provided by sand storms to launch a series of counter-attacks.

By the end of the month, the jihadists had recaptured all of the territory the SDF had won.

The Hajin enclave is the last significant remnant of the “caliphate” ISIS proclaimed in 2014 across a vast swathe of Syria and neighboring Iraq.

The rest has all been lost to offensives by multiple alliances on both sides of the border.

Outside the Hajin enclave, the group’s operations are confined to sleeper cells and to hideouts in unpopulated desert and mountain areas.

The Observatory relies on sources inside Syria for its information, and says it determines who carried out strikes based on aircraft and munitions used, locations and flight patterns. – Rappler.com