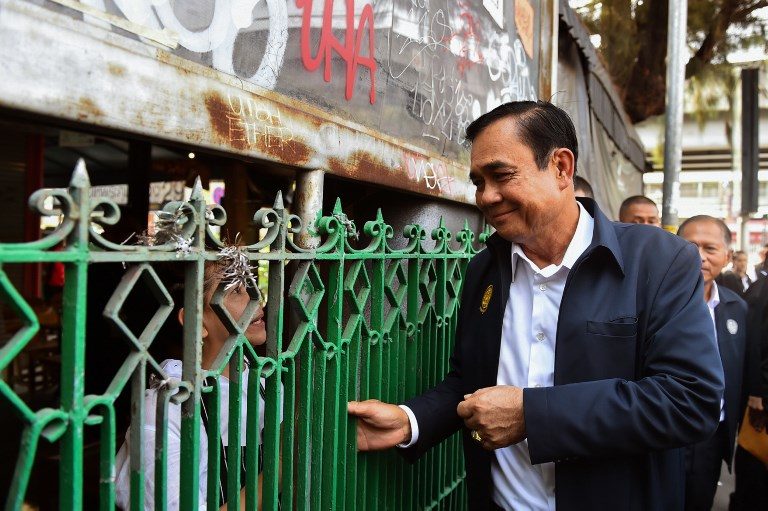 A former army chief who wants to return after March 24 polls as a civilian prime minister, Prayut has penned several ditties intended to inspire the nation since seizing power in 2014.

“We are looking for a new day in Thailand’s history… towards the democratic path,” the pop number – sung by two soldiers – says.

“A ‘New Day’ for Thailand is coming so we can solve the mistakes of the past.”

Thailand remains deeply polarized 5 years after the army booted out the government of Yingluck Shinawatra from office.

Prayut led the coup, saying his hand had been forced after months of bloody protests against Yingluck’s government.

He has since clung on to power, repeatedly pushing back elections, muzzling dissent and carving out a new constitution which embeds the military’s role in politics for the next 20 years.

That has outraged Thai pro-democracy supporters, a disparate group which spans rice farmers and the urban poor, Bangkok middle classes and millenials who have spent large chunks of their life under junta rule.

The bloodless 2014 coup took out the elected government of Yingluck Shinawatra. Eight years earlier the army toppled the administration of her elder brother Thaksin, the billionaire ex-premier who heads the powerful political clan.

Thais have not had a general election since 2011.

After years of military rule, new electoral forces are emerging, muddying Thailand’s once clear political division between those who support the Shinawatras’ and the arch-royalist, conservative camp which is wedded to the army.

Future Forward, a party led by a photogenic billionaire has gained traction among Thailand’s youth for its strident anti-junta stance and vow to address inequality.

Seven million people aged 18-25 are eligible to vote for the first time this month.