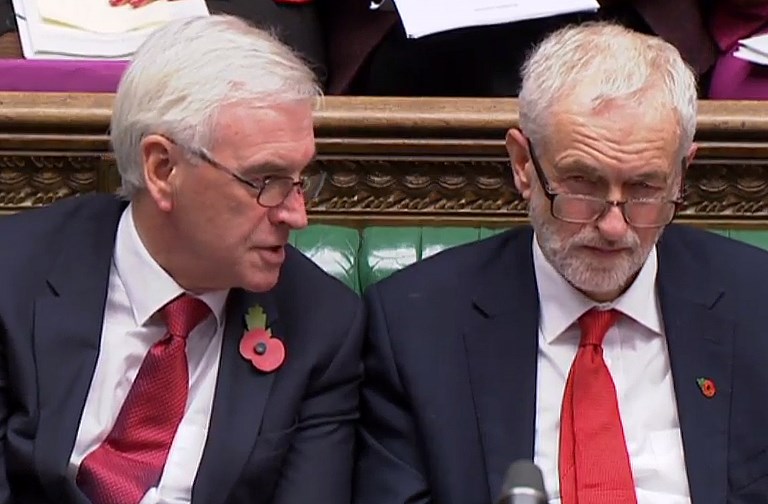 LONDON, United Kingdom – British Prime Minister Theresa May unveiled £1.6 billion ($2.12 billion, 1.87 billion euros) in regional development funds Monday, March 4, in what opposition MPs dismissed as a “desperate bribe” to persuade them to back her Brexit deal.

The money for new jobs and training is mostly directed at northern English areas which backed leaving the European Union and are represented by lawmakers from the main opposition Labour party.

“Communities across the country voted for Brexit as an expression of their desire to see change,” May said in a statement announcing the funds.

“These towns have a glorious heritage, huge potential and, with the right help, a bright future ahead of them,” she added.

But Labour finance spokesman John McDonnell said: “This town fund smacks of desperation from a government reduced to bribing MPs to vote for their damaging flagship Brexit legislation.

“The reason our towns are struggling is because of a decade of cuts, including to council funding and a failure to invest in businesses and our communities.”

Many of May’s own Conservative lawmakers remain opposed to the withdrawal agreement struck between her government and Brussels.

It has forced May to look across the political divide if she has any hope of getting the deal through parliament’s lower House of Commons before Brexit day on March 29.

May’s government is also preparing to announce greater guarantees for workers’ rights after Brexit, again in a bid to get Labour MPs onside.

Of the funds announced Monday, £1 billion is allocated to specific regions and another £600 million made available through bidding to communities anywhere in Britain.

After her Brexit deal was rejected by a huge majority of MPs in January, May is seeking changes to its most controversial element: dealing with the Irish border.

She has promised to bring a text back to MPs by March 12 and said that if they reject it, they can vote on delaying Brexit to avoid leaving the EU without a deal. – Rappler.com