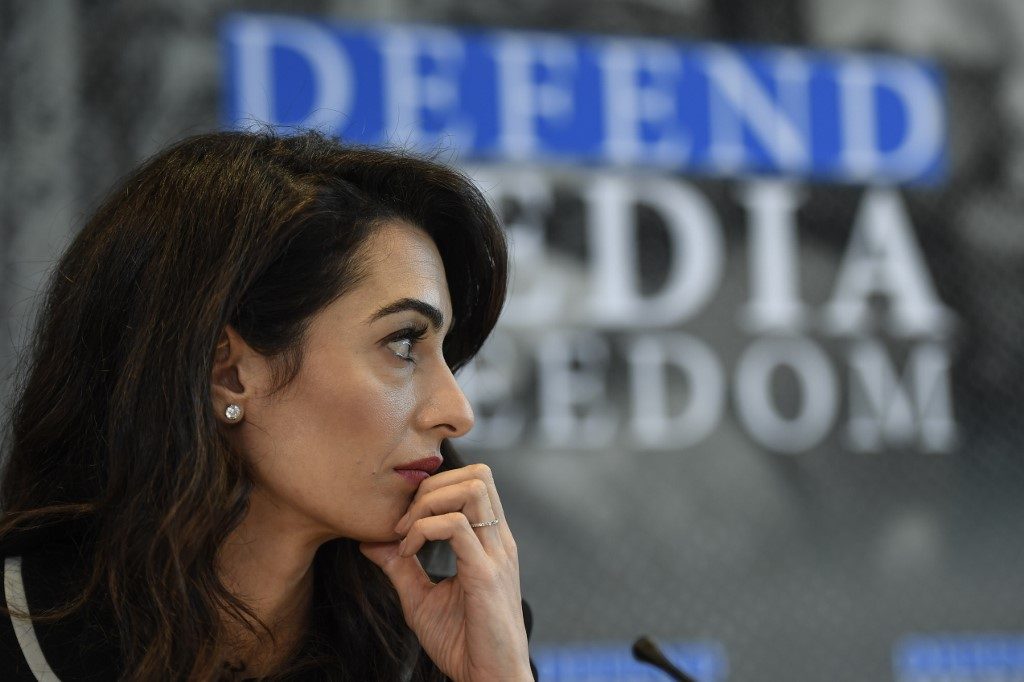 Clooney is the British government’s special envoy on media freedom.

“More recently, I have been appointed as counsel for another award-winning journalist Maria Ressa…. Rappler.com quickly became one of the leading online news portals now in the Philippines for its hard-hitting stories about human rights abuses under the administration of President Rodrigo Duterte,” Clooney said on Wednesday, July 10.

“Last year, Ms Ressa was one of 4 journalists named as Time magazine’s Person of the Year for what Time called ‘great risks in pursuit of greater truth.’ The government’s response has been to arrest her and initiate a series of civil and criminal cases that expose her to a maximum sentence of 63 years in prison,” she added.

The lawyer said that the cases of Ressa and the jailed Reuters journalists in Myanmar revealed a “cruel irony” of  injustice.

“The Maria Ressa case in the Philippines like the Reuters case in Myanmar exposes the cruel irony that I see time and time again in my work. Journalists who expose abuses face arrest while those who commit the abuses do so with impunity,” Clooney said.

“Crimes allegedly committed by the authorities in Myanmar and Philippines are currently being examined by the prosecutor of the International Criminal Court yet so far it’s only the reporters who are going to jail,” she added.

Ressa, Rappler, and some of its directors and staff are facing at least 11 complaints and cases, mostly initiated by the Duterte government following the news agency’s critical coverage of President Rodrigo Duterte’s bloody drug war.

The ICC has taken jurisdiction over the complaint lodged against Duterte, as well as the case filed against Myanmar’s abuses against the Rohingya. Duterte, in turn, withdrew the Philippines from the international tribunal.

Addressing an audience of ministers, journalists, and executives, Clooney said threats to press freedom were not just limited to non- or emerging democracies – even countries that have a “strong tradition of free speech” were not excluded from the phenomenon.

“These problems are global. No region is untouched,” Clooney said.

She has criticized US President Donald Trump for his rhetoric against the media and has issued a warning to Australia over a media crackdown.

“All governments say they believe in a free press – the right is even enshrined in North Korea’s constitution…. What matters is enforcement of this right,” Clooney said. – Rappler.com