Jul 20, 2019 11:58 PM PHT
Agence France-Presse
Facebook Twitter Copy URL
Copied
'China should cease its bullying behavior and refrain from engaging in this type of provocative and destabilizing activity,' says the US State Department 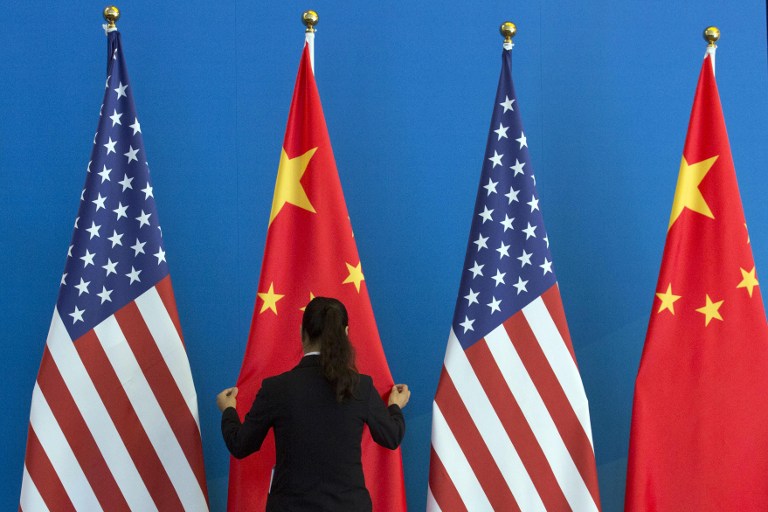 WASHINGTON D.C, USA – The United States on Saturday, July 20, expressed concern over reports that China is hampering other countries’ oil and gas activities in the South China Sea and accused Beijing of acting like a bully.

The State Department said such acts by China – it did not say when they are alleged to have happened – threaten regional peace and security. It said these acts were interfering in particular with Vietnamese oil and gas exploration and production.

“As Secretary Pompeo noted earlier this year, ‘by blocking development in the SCS through coercive means, China prevents ASEAN members from accessing more than $2.5 trillion in recoverable energy reserves,'” spokeswoman Morgan Ortagus said in a statement.

ASEAN is the Association of Southeast Asian Nations.

Vietnam and China have long been locked in a maritime disagreement over the resource-rich waters of the South China Sea.

The Chinese claim nearly all of it.

But the international community has largely sided with the other claimants – Vietnam, Philippines, Indonesia, Malaysia, Taiwan and Brunei – citing the importance of freedom of navigation.

“China’s reclamation and militarization of disputed outposts in the SCS, along with other efforts to assert its unlawful SCS maritime claims, including the use of maritime militia to intimidate, coerce and threaten other nations, undermine the peace and security of the region,” the US statement said.

“The United States firmly opposes coercion and intimidation by any claimant to assert its territorial or maritime claims,” Ortagus added.

“China should cease its bullying behavior and refrain from engaging in this type of provocative and destabilizing activity.” – Rappler.com