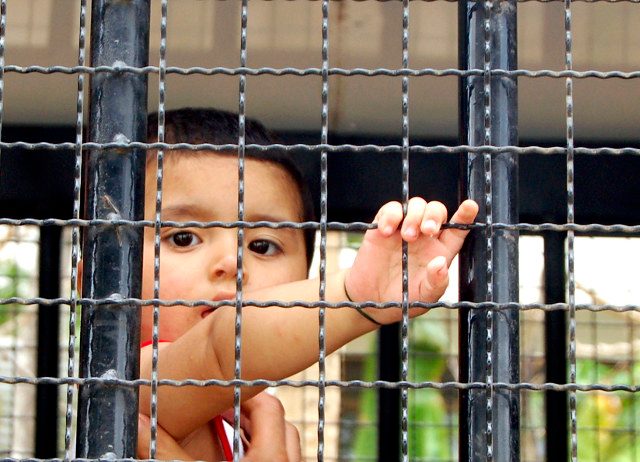 Facebook Twitter Copy URL
Copied
In one video believed to have been shot last week, a man is heard shouting at officials, 'I'm starving. My wife and children are starving.'

The Uighur Human Rights Project, a Washington-based advocacy group, also voiced concern that the COVID-19 could spread in internationally condemned camps where more than one million Uighurs and other Turkic Muslims are incarcerated. (READ: World ‘simply not ready’ for virus spread – WHO China mission chief)

The group said that China imposed a quarantine with little advance notice in parts of Xinjiang in late January after at least two COVID-19 cases in the regional capital Urumqi.

Citing videos, photos and residents’ conversations with members of the Uighur diaspora, the group said that “many” people have gone short on food, medicine, or other critical supplies as they have been ordered to stay inside their homes.

In one video believed to have been shot last week in Yining county, a man is heard shouting at officials, “I’m starving. My wife and children are starving,” before banging his head into a pole and shouting, “Do you want to kill me? Just kill me.”

The group vouched for the video’s authenticity, saying the man and the person who filmed the episode were taking great risks by both breaking the quarantine and circulating the footage.

China has imposed quarantines in numerous parts of the country to contain the novel coronavirus, which originated in the central city of Wuhan and has since killed more than 2,700 people worldwide, the vast majority in China.

China has come under international criticism for its treatment of the Uighurs, with activists and witnesses saying it is trying to forcibly integrate the mostly Muslim ethnicity and strip their Islamic heritage.

Beijing has described the camps as educational, saying it is providing minorities with training and discouraging Islamic extremism. – Rappler.com