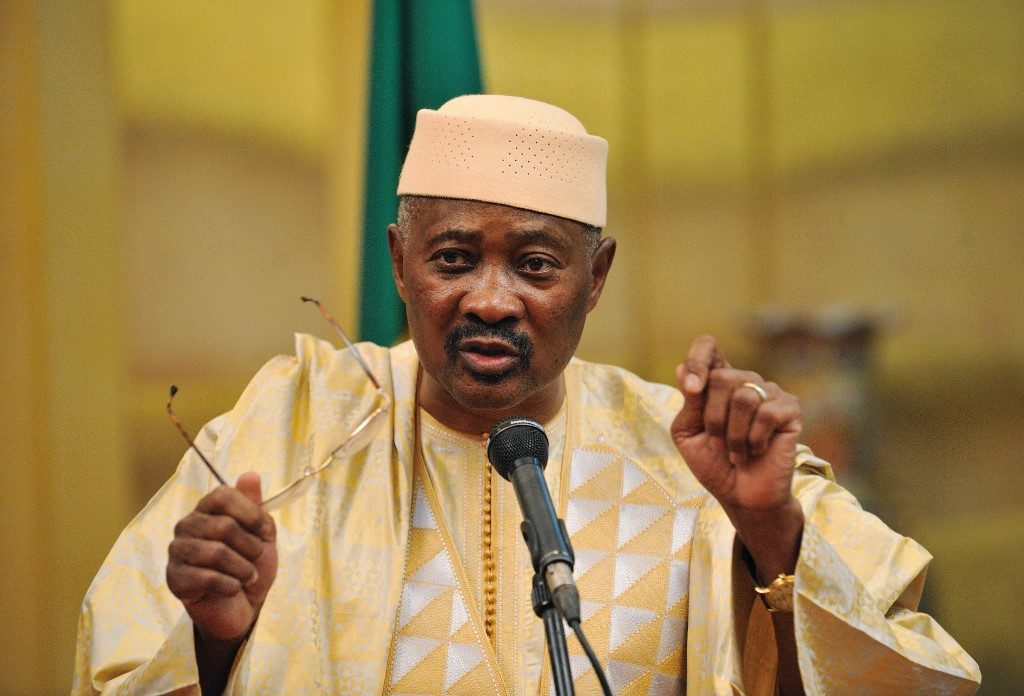 ATT. In this file photo taken on February 25, 2010, Malian President Amadou Toumani Toure and his French counterpart Nicolas Sarkozy (unseen) give a press conference at the presidential palace in Bamako after French hostage Pierre Camatte was released by Mali with an exchange of islamists prisoners.

Facebook Twitter Copy URL
Copied
Amadou Toumani Toure, a former soldier, first took charge of the country for a year in 1991, helping to overthrow the unpopular regime of Moussa Traore, who had been in power since 1968

Mali’s former president, Amadou Toumani Toure, who steered the Sahel nation to democracy and led it for a decade before being ousted in a coup, has died in Turkey aged 72, a family member and a doctor said on Tuesday, November 10.

Toure “died during the night of Monday to Tuesday in Turkey,” where he had been taken for health reasons, his nephew Oumar Toure told Agence France-Presse.

A doctor in Bamako said the former leader had recently undergone heart surgery in the city’s Luxembourg Hospital, which he had helped to found.

Although “everything seemed to be going well,” Toure was later transferred to Turkey for medical reasons, the doctor said.

“He took a regular flight to Turkey very recently. Unfortunately, he died overnight,” the source said.

Toure, a former soldier, first took charge of the country for a year in 1991, helping to overthrow the unpopular regime of Moussa Traore, who had been in power since 1968.

He took the helm of a transitional committee after the coup, exercising the duties of head of state and steering the country to elections, won in 1992 by Alpha Oumar Konare – the first democratically-chosen president in Mali’s post-independence history.

Universally known by his initials as ATT, Toure won presidential elections in 2002 and again in 2007.

But he was overthrown in 2012 by mutinous soldiers who accused him of failing to support their battle against both Tuareg rebels and jihadist insurgents.

The chaos that followed was hugely destructive for Mali’s poorly-equipped and demoralized army.

The jihadists swiftly overran the north of the country before being forced out in 2013 by French intervention.

They then regrouped and expanded into central Mali, a flashpoint region where they ignited bloody ethnic conflict, and then advanced into neighboring Burkina Faso and Niger.

In August this year, a new chapter was written in Mali’s tale of chronic instability when the military ousted the elected president, Ibrahim Boubacar Keita, after mounting protests.

Some of the officers involved in this coup were also active in Toure’s overthrow, including the current regime’s No. 2, Colonel Malick Daw.

Pressured by Mali’s neighbors, the putschists have set up a transitional presidency and government and promised to return to civilian rule within 18 months. – Rappler.com