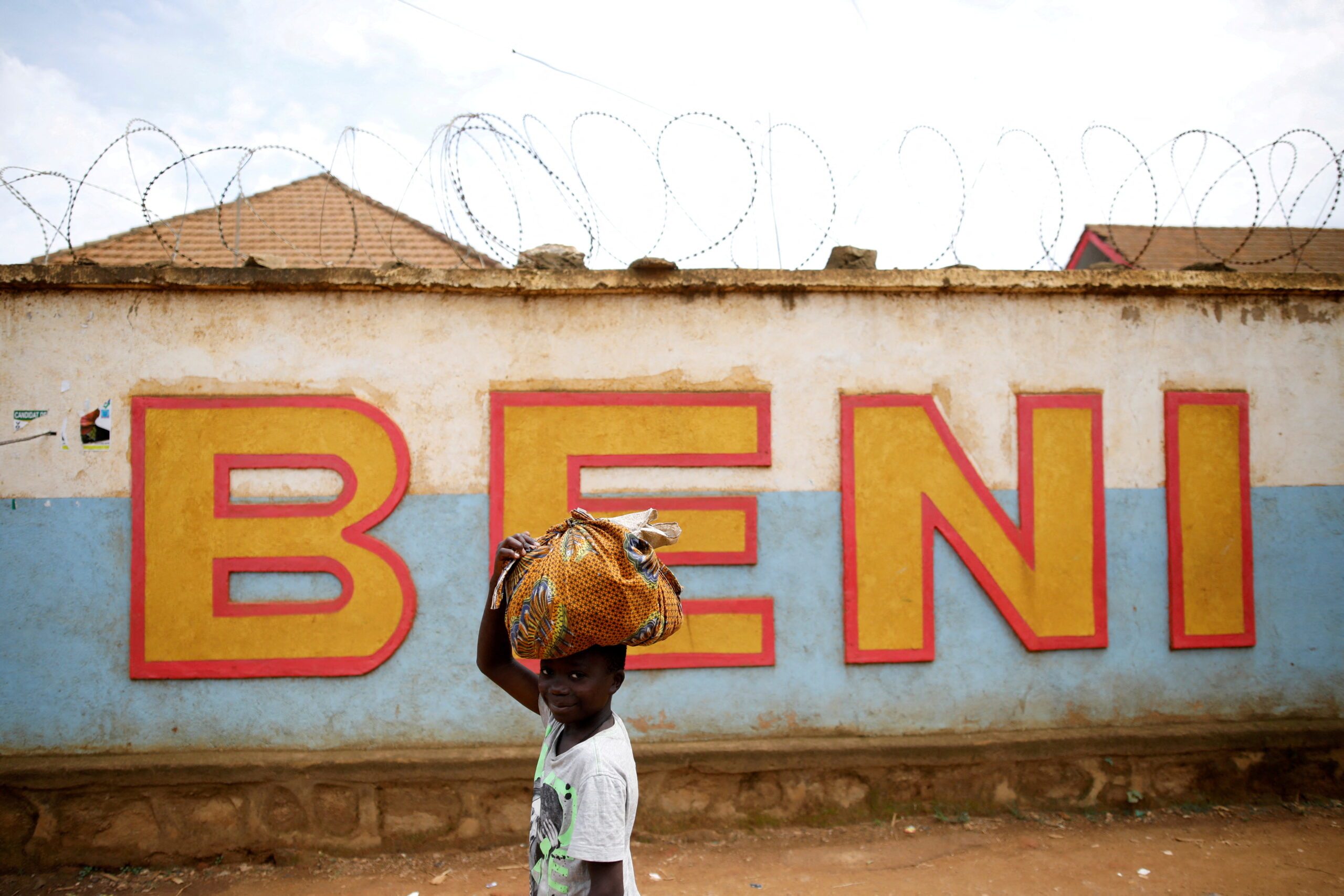 Facebook Twitter Copy URL
Copied
Congo and Uganda launched a military campaign against the ADF, which is suspected of being behind the attack

BENI, DR Congo – A suicide bomber struck a restaurant in the city of Beni in east Congo on Saturday, December 25, killing at least five people as well as himself, officials said.

The attack marks the latest violence in a region where Congolese and Ugandan forces have launched a campaign against suspected Islamists.

“The suicide bomber, prevented by security guards from entering a crowded bar, activated the bomb at the entrance of the bar,” the regional governor’s spokesman, Général Ekenge Sylvain, said in a statement.

Six people died in the blast and 14 were injured, including two local officials, he added.

Sylvain said that insurgents from the Allied Democratic Forces (ADF), a group aligned with Islamic State, had activated a “sleeper cell” in Beni to target citizens, but he did not provide evidence connecting them to the explosion.

The ADF did not immediately claim responsibility for the attack.

Congo and neighboring Uganda launched a military campaign in the area at the end of November against the ADF. Officials have previously blamed the group for bombings in the region.

Beni’s mayor, Narcisse Muteba Kashale, earlier told local radio that a bomb had exploded in the city center. “For safety, I’m asking the population to stay home,” the mayor said.

A Reuters journalist nearby said he heard an explosion around 7 pm, just after the afternoon Catholic mass, near the city’s main road, followed by gunshots.

Police spokesman Nasson Murara said that officers fired live rounds to disperse an angry crowd that attempted to bar investigators from accessing the scene of the explosion. No one was injured, he said.

Images shared on social media showed dozens of green chairs scattered across a road, some melted or smoldering. At least four bodies, including that of a small girl, could be seen among the wreckage.

Reuters could not immediately verify the authenticity of the images.

The joint Congolese and Ugandan campaign, launched on November 30, had planned to target four ADF camps, including two in the Beni area, a Ugandan general said earlier this month.

Beni was rocked by two explosions in June at a Catholic church and at a busy intersection. No one was killed in either blast except the suspected bomber, who was killed by the second explosion. – Rappler.com