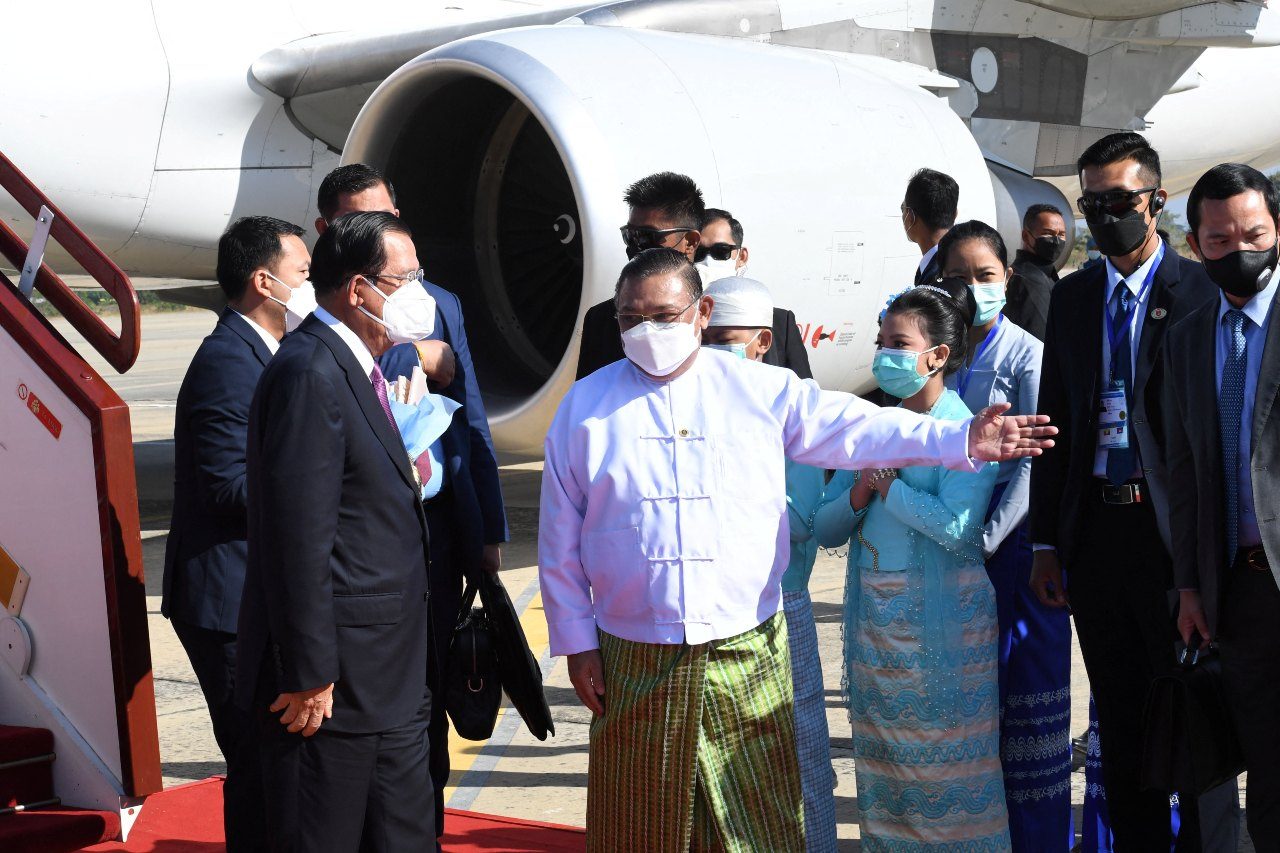 Facebook Twitter Copy URL
Copied
'Meanwhile, we encourage Myanmar to be represented at the retreat by a non-political level rather than leaving the seat empty,' says Cambodia's Foreign Ministry spokesman Chum Sounry

PHNOM PENH, Cambodia – Cambodia said on Thursday, February 3, a non-political representative from Myanmar had been invited to attend a regional ministerial meeting later this month instead of the country’s military-appointed foreign minister.

Cambodia is currently chair of the Association of Southeast Asian Nations, which late last year sprung a surprise by barring Myanmar’s junta from key meetings over a failure to honor a peace plan agreed with the bloc.

Cambodia Prime Minister Hun Sen had sought to reengage with the junta and had indicated he wanted to invite its leaders to meetings of the 10-member bloc again.

But ASEAN members had not reached a consensus on inviting Foreign Minister Wunna Maung Lwin amid a lack of progress in the peace plan, said Cambodia’s Foreign Ministry spokesman Chum Sounry.

“Meanwhile, we encourage Myanmar to be represented at the retreat by a non-political level rather than leaving the seat empty,” Chum Sounry told Reuters, adding it was up to Myanmar to decide who the representative should be.

A spokesman for Myanmar’s junta did not answer a telephone call seeking comment.

Cambodia is due to host the meeting of ministers on February 16 and 17.

Myanmar has been in crisis since the military overthrew an elected government a year ago, with around 1,500 civilians killed in the junta’s crackdown on its opponents, according to figures cited by the United Nations human rights office.

Troops in the countryside are also fighting on multiple fronts with pro-democracy groups that have taken up arms and ethnic minority forces.

Cambodia said in a statement on Wednesday, February 2, it was “deeply concerned” about reports of continued violence and a deterioration of the humanitarian situation in Myanmar.

“ASEAN member states underline the urgency of the immediate cessation of violence and for all parties to exercise utmost restraint,” it said.

But divisions over the issue have persisted and Hun Sen met military leader Min Aung Hlaing in Myanmar on January 7, a trip that had some regional neighbors worried it could be construed as an endorsement of the junta.

Hun Sen has come under pressure to hold Min Aung Hlaing to the ASEAN peace agreement and some members have demanded ousted leader Aung San Suu Kyi, who is on trial, be freed and allowed to join a peace process. – Rappler.com