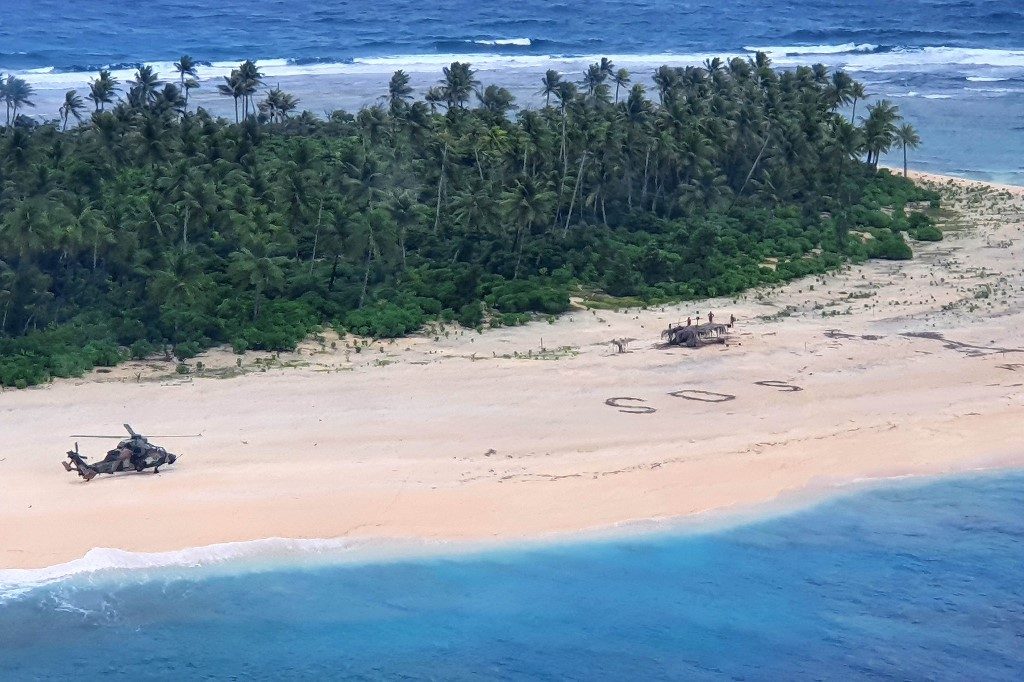 Facebook Twitter Copy URL
Copied
The Australian Defense Force says it found the men on Sunday, August 2, on tiny Pikelot Island after warplanes spotted the SOS they scrawled on the beach

Three Micronesian sailors stranded on a tiny island in the remote Western Pacific were rescued after Australian and US warplanes spotted a giant “SOS” they had scrawled on the beach, officials said.

The Australian Defense Force said it found the men on Sunday, August 2, on tiny Pikelot Island, about 190 kilometers (115 miles) from where they set sail 3 days earlier.

The men blew off course and ran out of fuel in a 7-meter (23-foot) skiff between two of the 600-plus islands and atolls that make up Micronesia.

Alerted by the Pacific Rescue and Coordination Center in Guam, US and Australian military aircraft joined the search for the missing vessel and spotted their SOS message Sunday.

A helicopter dispatched from Australia’s HMAS Canberra flew to the island with food and water and found the three men in good condition.

A Micronesia patrol vessel was then sent to recover the men, the Australian Defense Force said. – Rappler.com