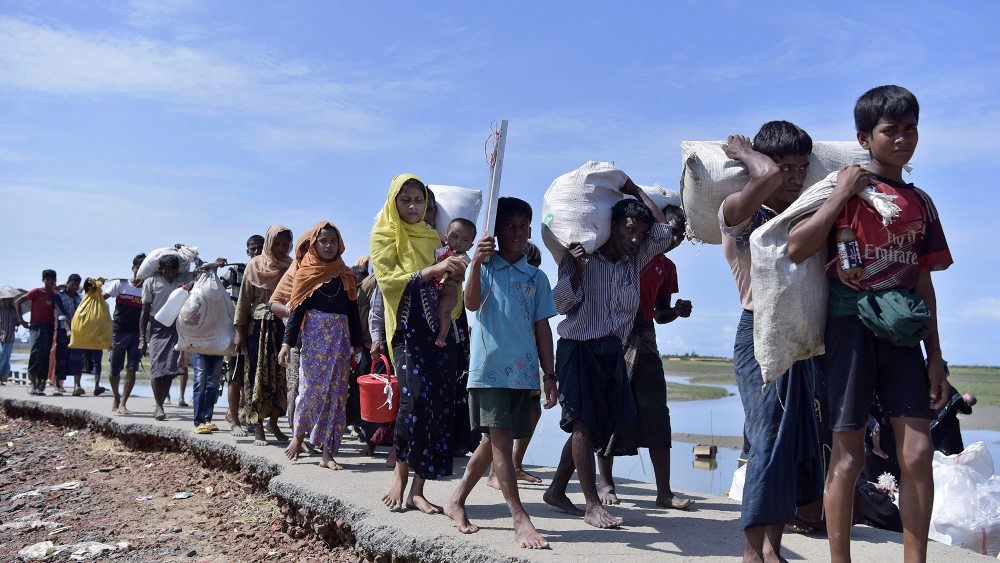 Facebook Twitter Copy URL
Copied
The Rohingya, a persecuted Muslim minority, have for years sailed to countries like Malaysia, Thailand, and Indonesia between November and April when the seas are calmer

JAKARTA, Indonesia – Two boats carrying a total of 230 Rohingya refugees, including women and children, have landed on the shores of Indonesia’s Aceh province since Tuesday, November 15, authorities said, the latest among an annual exodus from northwest Myanmar.

The Rohingya, a persecuted Muslim minority, have for years sailed to countries like Malaysia, Thailand, and Indonesia between November and April when the seas are calmer. Hundreds have reached Aceh in recent years, many having been at sea for months.

In Myanmar, the Rohingya are widely considered to be illegal immigrants from Bangladesh, despite being born in Myanmar.

Hamdani, a spokesperson for the North Aceh government, who like many Indonesians uses one name only, said that 111 Rohingya, including 27 women and 18 children, had arrived just before dawn on Tuesday morning.

A second boat carrying 119 Rohingya landed in the province on Wednesday morning after being at sea for more than 10 days, he told Reuters.

“They are well and healthy. It is not certain where we are going to take them,” he said.

Photos provided by local official Hamdani showed a rickety boat and the group of Rohingya waiting on the beach, surrounded by Indonesian military officers.

Local authorities were in contact with the Indonesian immigration and foreign ministers and the United Nations’ High Commission for Refugees (UNHCR), he said.

More than 730,000 Rohingya Muslims fled Myanmar in 2017 after a military crackdown that witnesses said included mass killings and rape. Rights groups have documented killings of civilians and burning of villages.

Myanmar authorities have said they were battling an insurgency and deny carrying out systematic atrocities. – Rappler.com