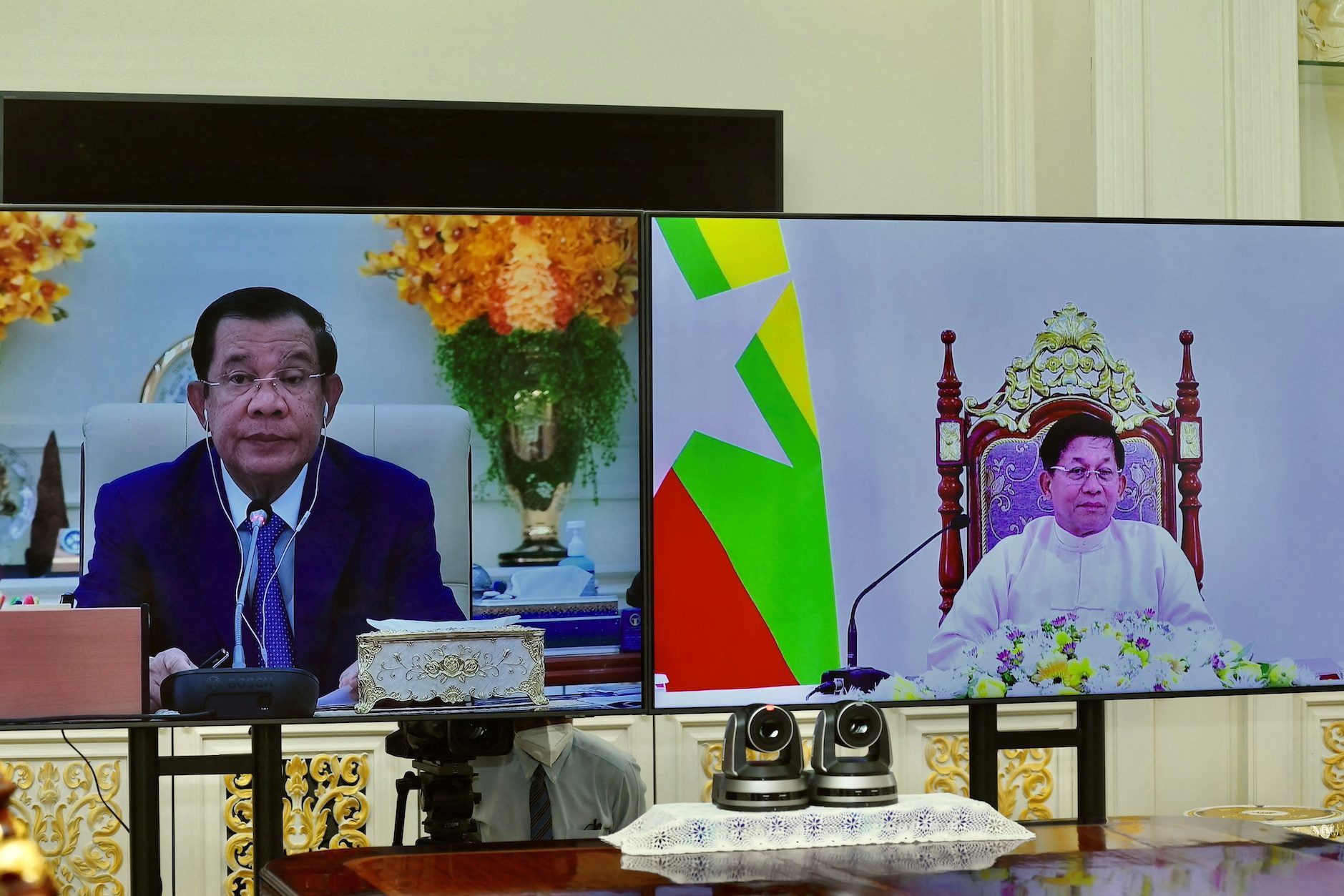 The consensus, which Min Aung Hlaing agreed to in a face-to-face meeting with ASEAN leaders in April last year, commits to ceasing hostilities, granting humanitarian access and supporting inclusive dialogue.

“He asked HE (his excellency) Min Aung Hlaing to facilitate so that an ASEAN special envoy can visit in Myanmar for the first time in the future,” Kao Kim Hourn said.

“He appealed to all sides including the Myanmar government to cease violence and reach a ceasefire,” and invited him to join ASEAN countries in providing humanitarian aid “to Myanmar people who need it the most,” Kao Kim Hourn said.

Myanmar has been in crisis since the military overthrew an elected government nearly a year ago, with close to 1,500 civilians killed in the junta’s crackdown on its opponents and troops in the countryside fighting on multiple fronts with pro-democracy militias and ethnic minority armies.

The junta says it is fighting “terrorists”.

Kao Kim Hourn did not say how Min Aung Hlaing responded to the proposals. A spokesman for Myanmar’s military government did not answer a call seeking comment on Wednesday’s discussion.

The Cambodian leader met Min Aung Hlaing in Myanmar on January 7, a trip that had some regional neighbors worried it could be construed as an endorsement of the junta. Hun Sen is one of the world’s longest serving leaders after 36 years in power.

He expressed to Min Aung Hlaing his concern that hostilities had taken place since their meeting, Kao Kim Hourn said.

As ASEAN chair Hun Sen has come under pressure to hold Min Aung Hlaing to the ASEAN agreement. Some members have demanded ousted leader Aung San Suu Kyi, who has since been convicted of several crimes, be freed and allowed to join a peace process.

ASEAN last year sprung a surprise by barring the junta from key meetings over its failure to honor the ASEAN consensus. – Rappler.com