Thousands evacuated in southwest China as earthquake toll rises to 66 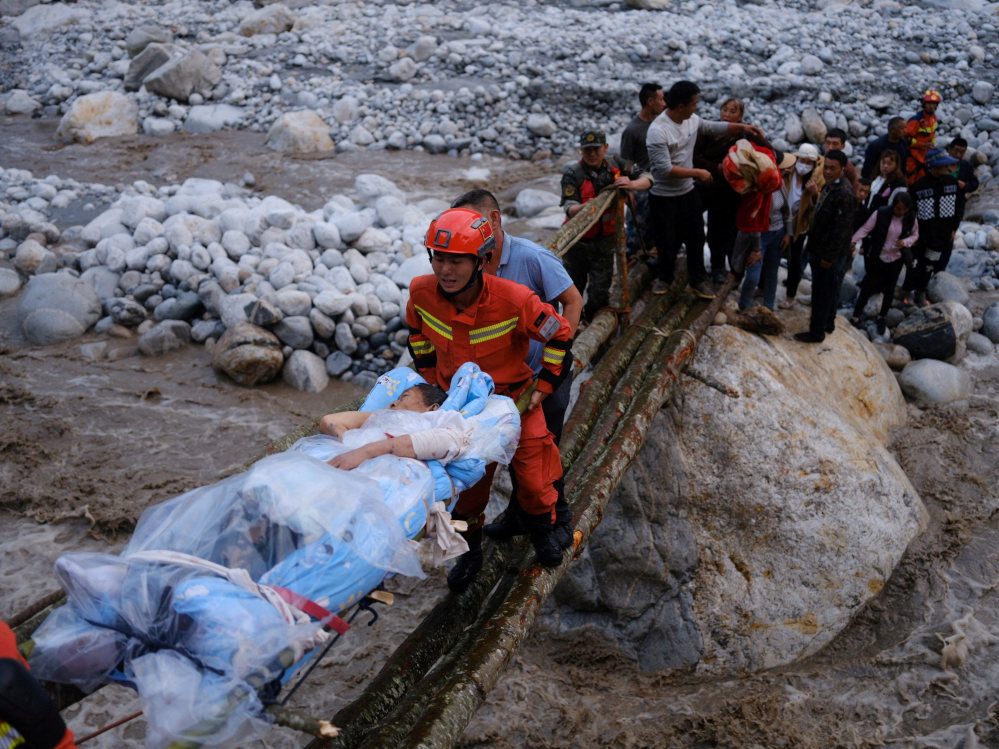 State media footage, taken at the epicenter in Luding county, showed firefighters taking an injured person on a stretcher across a makeshift bridge built with tree trunks as muddy torrents raged below them.

Evacuees who could walk followed a trail of scree alongside the river abutting slopes stripped of soil cover by Monday’s quake. Some of them were clutching onto their belongings while others carried injured people on their backs, a video from local media showed.

In another video, firefighters were seen carrying a woman on a stretcher, covered in dust and missing a shoe, out from a dangerously teetering four-storey wooden building.

As rescuers tried to reach stranded people, restore utilities and send emergency relief, state media reported 11,000 people had been evacuated from the area.

Authorities had identified around 500 potential geological hazards, according to the reports, referring to landslides and collapsed mountain roads.

The death toll from the strongest earthquake to hit China’s southwestern Sichuan province since 2017 rose to 66 on Tuesday, though dozens of people were suffering heavy injuries.

In all, more than 250 people were injured in the disaster, state media said.

The tremblor struck after midday on Monday, and was felt by residents in the provinces of Shaanxi and Guizhou, hundreds of kilometers away.

On Tuesday, state television reported over 200 people were still stranded in Hailuogou, a popular tourist spot known for its glaciers, verdant forests and soaring peaks. Rescuers were working to reopen roads to reach them.

In Luding, power and water infrastructure and telecommunications were severely damaged, according to state television.

It also reported that 243 houses had collapsed and 13,010 had been damaged. Four hotels and hundreds of tourist lodgings were also affected.

With heavy rains expected over the next three days, experts on Tuesday flagged risks posed by a number of dammed lakes that have formed after the quake.

Authorities were considering flying drones to inspect the situation upstream of Wandong River, the main tributary of Dadu River.

Earthquakes are common in Sichuan, especially in its mountains in the west, a tectonically active area along the eastern boundary of the Qinghai-Tibetan plateau.