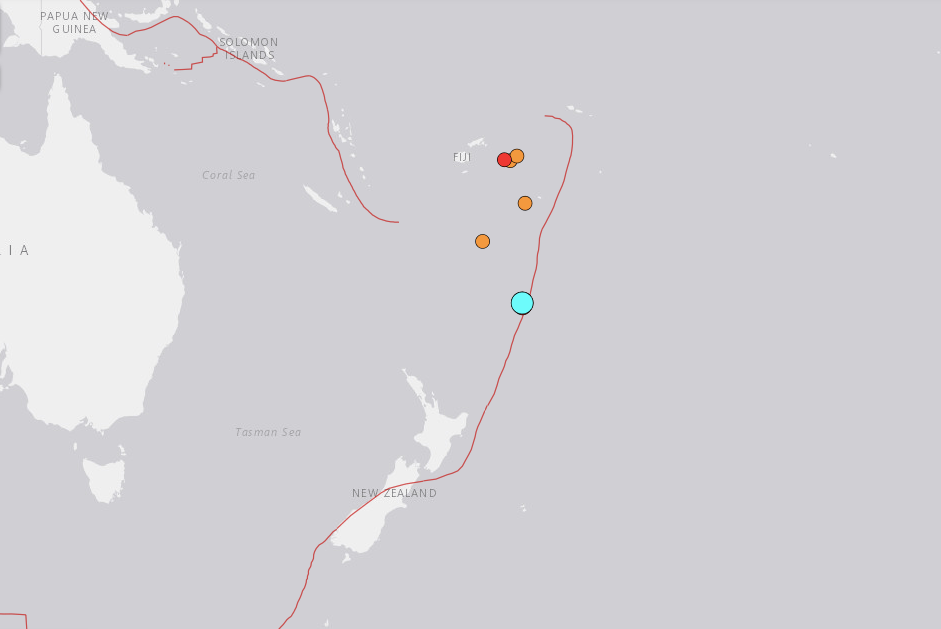 Facebook Twitter Copy URL
Copied
(2nd UPDATE) The quake in the Kermadec Islands region north of New Zealand was at a depth of 10 kilometers, says the United States Geological Survey

The quake, which was revised from an initial magnitude of 6.6, was at a depth of 10 kilometers (6.21 miles) the USGS said.

The US tsunami warning system said the earthquake was not expected to generate a tsunami.

New Zealand’s National Emergency Management Agency initially said it was assessing the possibility of a tsunami threat but later said there was no tsunami threat.