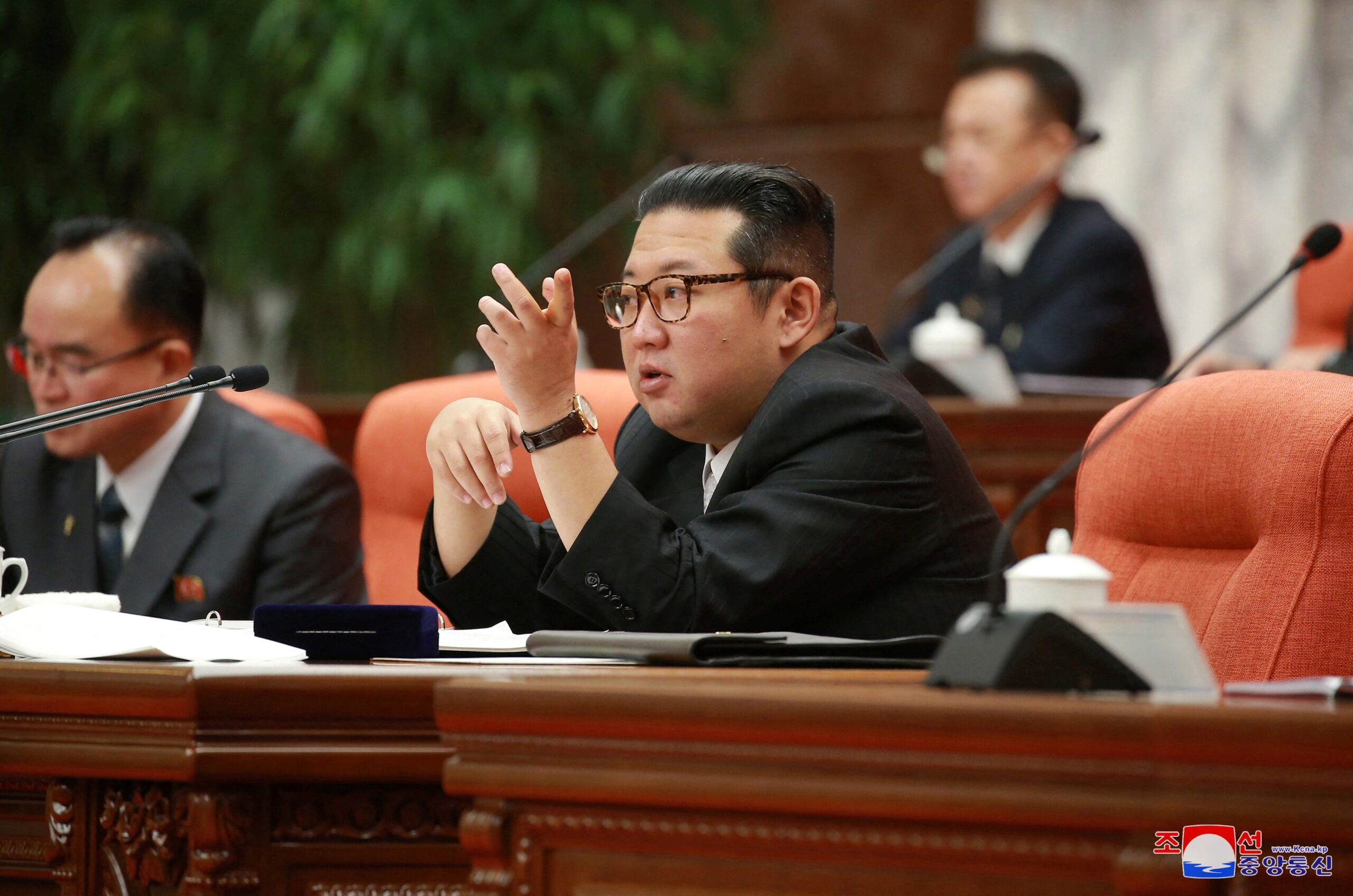 'MILITARY MUSCLE.' North Korean leader Kim Jong-un chairs a session of the 4th plenary meeting of the 8th Central Committee of the Workers' Party of Korea, in this photo released on December 29, 2021 by North Korea's Korean Central News Agency.

SEOUL, South Korea – This January has been one of the busiest months ever for North Korea’s missile testing, with launches displaying a dizzying array of weapon types, launch locations, and increasing sophistication.

From hypersonic missiles and long-range cruise missiles to missiles launched from railcars and airports, the tests highlight the nuclear-armed state’s rapidly expanding and advancing arsenal amid stalled denuclearization talks.

North Korea hasn’t tested its longest-range intercontinental ballistic missiles or nuclear weapons since 2017, but leader Kim Jong-un has pushed for more “military muscle” to counter what he sees as threats from the United States and its allies in Asia.

Here are the different types of weapons tested so far this month:

North Korea said it tested a new type of “hypersonic missile” on January 5 and again on January 11, with Kim Jong-un reported to have attended the second launch.

Hypersonic weapons usually fly towards targets at lower altitudes than ballistic missiles and can achieve more than five times the speed of sound – or about 6,200 kms per hour (3,850 mph).

Despite their name, analysts say the main feature of hypersonic weapons is not speed but their maneuverability, which can help them evade missile defense systems.

South Korean officials questioned the capabilities of the missile after the first test, saying it did not appear to demonstrate the range and maneuverability claimed in a state media report and featured a Maneuverable Reentry Vehicle (MaRV) rather than the type of next-generation hypersonic glide vehicle developed by countries like China and Russia. Those officials later said the second test appeared to demonstrate greater performance.

Analysts said if Pyongyang can perfect such weapons, it would represent a potential major upgrade in its striking power against its nearby adversaries, complicating efforts by the United States and its Asian allies to counter that.

On January 14, North Korea launched a pair of short-range ballistic missiles (SRBMs) from a train near the northern border with China, in what state media said was a short-notice drill aimed at boosting the proficiency of the troops operating the missiles.

North Korea first tested the rail-based system in September, saying it was designed as a potential counter-strike to any threatening forces.

Despite the country’s limited and sometimes unreliable rail network, rail mobile missiles are a relatively cheap and efficient option to improve the survivability of their nuclear forces, making it difficult for enemies to detect and destroy them before being fired, according to analysts.

The missiles appeared to be KN-23 SRBMs, which were first tested in May 2019, and are designed to evade missile defenses by flying on a lower, “depressed” trajectory, experts said.

North Korea fired another pair of KN-23 missiles on Thursday, January 27, this time from a wheeled launching vehicle.

The tests confirmed the “explosive power” of its conventional warhead, state media said, while analysts noted it traveled on its lowest trajectory yet.

North Korea launched two short-range ballistic missiles (SRBMs) in a rare test from an airport in its capital, Pyongyang, on January 17.

The pair of missiles “precisely hit an island target” off the east coast, according to state media.

Analysts said the missiles appeared to be KN-24 SRBMs which were last tested in March 2020 and appear to have entered mass production and deployment with military units.

The KN-24 resembles the US MGM-140 Army Tactical Missile System (ATACMS) and, like the KN-23, is designed to evade missile defenses and carry out precision strikes on a flatter trajectory than traditional ballistic missiles.

The cruise missile would play a role in “boosting the war deterrence of the country,” state news agency KCNA said.

In September, North Korea tested a new “strategic” cruise missile for the first time, seen as possibly the country’s first such weapon with a nuclear capability.

Analysts said the latest cruise missile appeared to be similar, but also showed signs of being a possible variant.