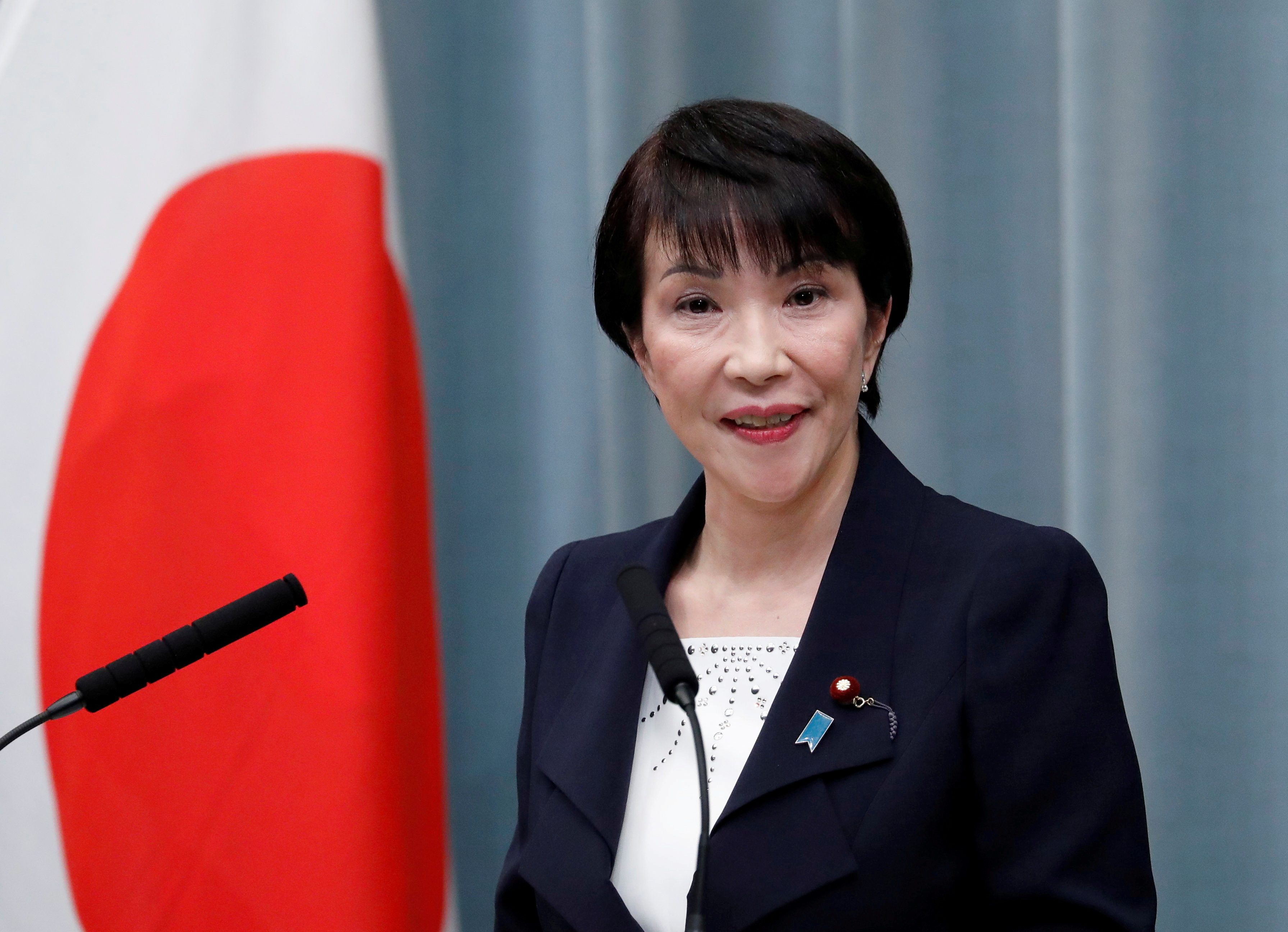 Facebook Twitter Copy URL
Copied
Takaichi has the backing of former prime minister Shinzo Abe, and would base her challenge on policies to fend off China's technology threat and help strengthen an economy battered by the coronavirus pandemic

Takaichi has the backing of former prime minister Shinzo Abe, local media said, and would base her challenge on policies to fend off China’s technology threat and help strengthen an economy battered by the coronavirus pandemic.

Japan’s Liberal Democratic Party (LDP) will hold a leadership election on September 29, after Prime Minister Yoshihide Suga announced last Friday, September 4, that he was stepping down. The winner of the vote is all but assured to be Japan’s next prime minister.

So far only soft-spoken former foreign minister Fumio Kishida has announced his candidacy, but popular COVID-19 vaccination minister Taro Kono and Takaichi have signalled their ambition to run.

But even as local media have said influential Abe has thrown his support behind Takaichi helping her obtain the 20 lawmaker backers needed to run in the leadership election, she has ranked poorly in popularity ratings, which could hamper her chances. Grass-roots LDP members will vote in the leadership election along with the party’s members of parliament, and whoever wins will lead the party to the lower house election that must be held by Nov. 28, making public appeal an important factor in choosing the new leader.

Takaichi has said she wanted to work on issues left unresolved by previous administrations, such as achieving 2% inflation, and introducing legislation “that prevents the leakage of sensitive information to China”.

She said an extra budget needed to be compiled as soon as possible to bolster Japan’s medical system, which is under strain because of the pandemic.

A member of the party’s most conservative wing, she often visits the Yasukuni Shrine, a memorial to Japan’s war dead. Such visits by Japanese leaders infuriate old wartime foes such as China and South Korea.

She has also opposed allowing married couples to keep separate surnames, to the disappointment of promoters of women’s rights.

Takaichi is due to speak at 4 pm local time. – Rappler.com