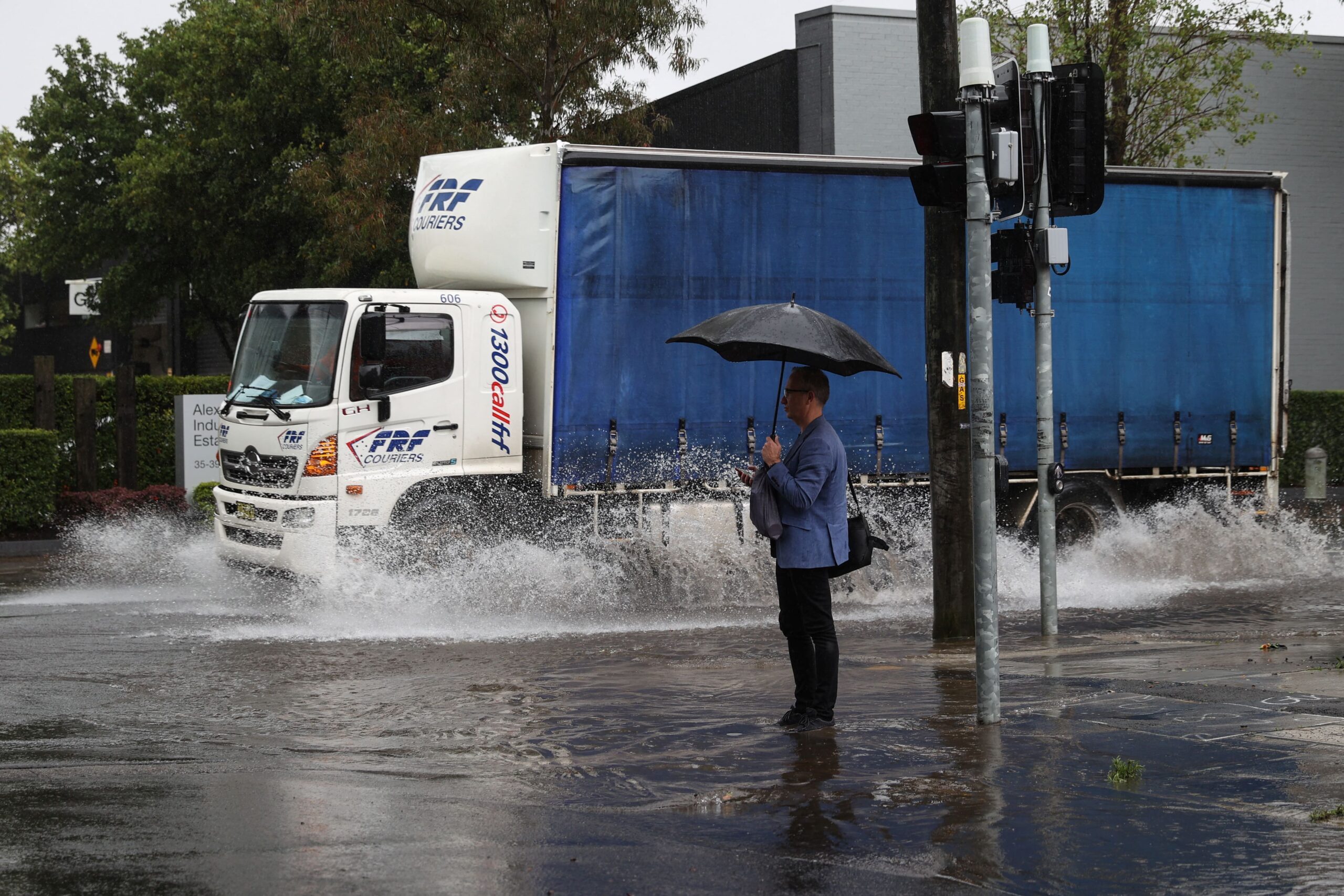 WEATHER DISTURBANCE. A pedestrian stands on the corner of a flooded street as heavy rains affect Sydney, Australia, October 6, 2022.

WELLINGTON, Australia – Rain eased in Australia’s New South Wales on Sunday, October 9, but authorities continued to warn people to be aware of rising flood waters, as days of rain in much of the most populous state has swollen rivers and caused flooding.

Emergency services responded overnight to 343 requests for assistance and performed 21 flood-related rescues. A small number of people, primarily northwest of Sydney, have been asked to evacuate because of flooding and the State Emergency Service has issued 94 flood warnings.

“The sun might be out in various parts of the state, we may be seeing some dry conditions at the present, but our rivers continue to rise and we know that there is another event coming through,” state emergency services minister Steph Cooke told reporters.

Australia’s east is in the grip of a rare third straight year of the La Nina weather event, associated with increased rainfall. Sydney on Thursday, October 6, recorded its wettest year since records began in 1858, with almost three months left in 2022.

Dams and rivers are almost full, and officials continue to warn motorists to avoid waterlogged roads during the last weekend of school spring break and for those returning from motor racing event Bathurst 1000 to take care.

“It is very dangerous out there on the roads, and we are seeing a lot of flash flooding and the rivers are still rising,” said New South Wales state emergency service Commissioner Carlene York.

Cooke said floodwaters in inland New South Wales “will continue to be a problem for communities not just for the weeks ahead, but for months,” Cooke said.

Another storm is expected to hit the state from Wednesday, October 12, bringing with it more rain.

Devastating floods have repeatedly struck Australia’s east coast this year. In March, rising waters forced tens of thousands from their homes and at least 13 were killed. – Rappler.com