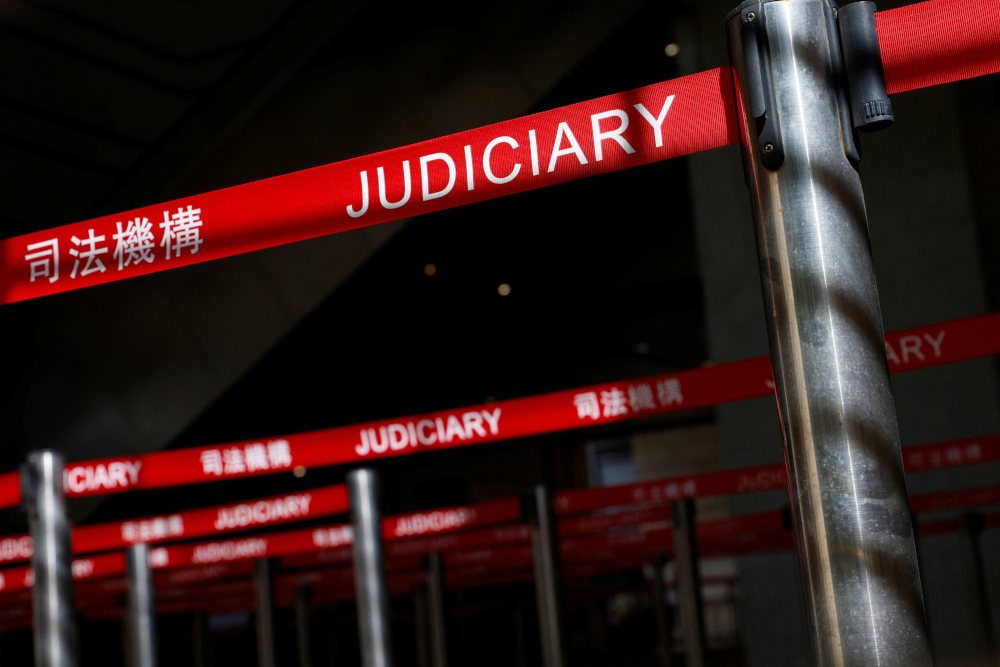 Facebook Twitter Copy URL
Copied
The lifting of the reporting restrictions is seen as a breakthrough by some activists. It is the first time reporting will be allowed for pre-trial hearings for a national security case in Hong Kong.

HONG KONG – A Hong Kong court lifted restrictions on Thursday on reporting pre-trial proceedings of a landmark national security case involving 47 pro-democracy campaigners that has dragged on for more than a year.

The decision comes one day after the lifting of a reporting restriction for another national security case involving a civil society group behind Hong Kong’s annual candlelight vigils commemorating victims of the Tiananmen Square crackdown in 1989.

The lifting of the reporting restrictions was seen as a breakthrough by some activists. It is the first time reporting will be allowed for pre-trial hearings for a national security case in Hong Kong.

Magistrate Peter Law, who had rejected previous applications to lift the reporting ban, did so on Thursday after being ordered to by a High Court judge in the interests of “open justice.”

“It is a fundamental principle of criminal justice … the public has the right to scrutinize whatever the court is doing,” one of the defendants, Gwyneth Ho, told the court in a July hearing.

Since the 47 democracy campaigners were arrested in a city-wide dawn raid in February 2021, the case has been repeatedly delayed as prosecutors requested more time to prepare, with only 13 of the defendants granted bail.

The campaigners have been accused of a conspiracy to commit subversion, after participating in an unofficial, non-binding primary election in 2020.

Government prosecutor Andy Lo had alleged the activists tried to cause an “acute crisis” and to paralyze government.

Despite the decision, some aspects of the proceedings, including bail hearings, will remain unreportable. Law also refused to clarify whether a preliminary inquiry initiated by Ng, to ascertain the strength of the prosecution’s case evidence before trial, would be reportable.

While the full trial date hasn’t been set, Hong Kong Justice Secretary Paul Lam has already ordered the case to be tried without a jury, citing a “real risk” that justice might be impaired, according to a document seen by Reuters. He also cited an unspecified “involvement of foreign factors” as a reason.

The trial will instead be heard by three judges designated by Hong Kong’s leader to handle national security cases.

“A hearing without a jury is unjust,” activist Owen Chow shouted at the end of the hearing on Thursday. – Rappler.com