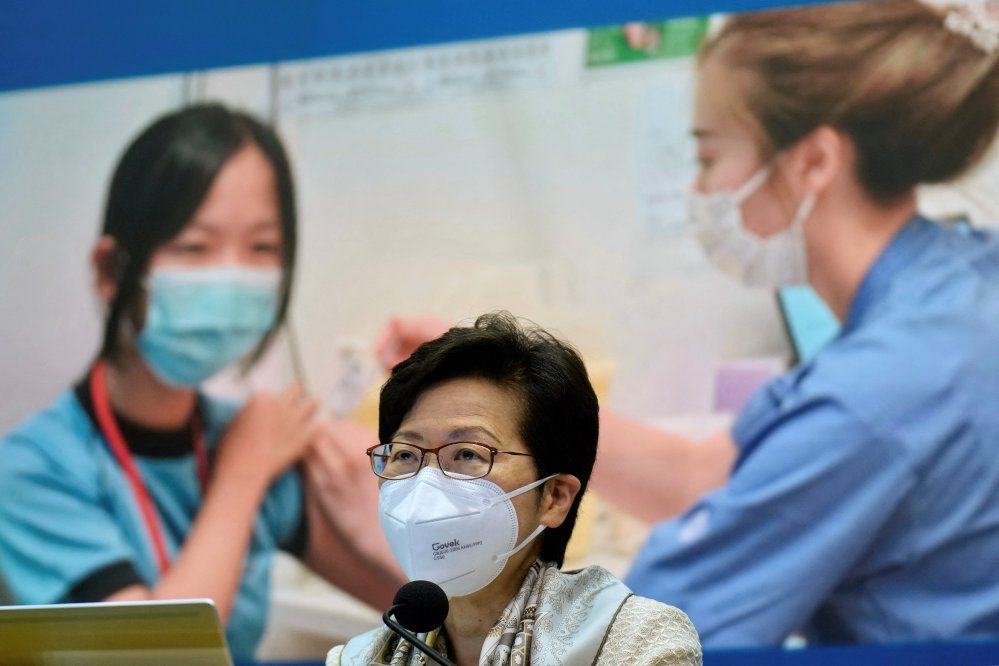 Facebook Twitter Copy URL
Copied
A ban on flights from Australia, Britain, Canada, France, India, Nepal, Pakistan, the Philippines, and the United States would be lifted from April 1

HONG KONG – Hong Kong announced it would lift a ban on flights from the Philippines, Australia, Britain, Canada, France, India, Nepal, Pakistan, and the United States from April 1. The announcement was made alongside plans to relax some anti-COVID-19 measures next month, including reducing quarantine for arrivals from abroad, and reopening schools.

The moves, announced on Monday, March 21, by Chief Executive Carrie Lam, come after a backlash from businesses and residents who see the rest of the world shifting to “living with the virus.”

Residents in the Chinese ruled territory have become increasingly frustrated with the stringent measures, many of which have been in place for over two years.

“The flight ban is no longer timely and appropriate… it will bring huge disturbances to Hong Kong people who are stuck in these nine countries if we continue the ban,” Lam told a news briefing.

Hotel quarantine for arrivals could be cut to seven days from 14 if residents tested negative, Lam said. She had previously said measures would be in place until April 20.

Schools would resume face to face classes from April 19, after the Easter holidays while public venues including sports facilities would also reopen from April 21, she said.

Hong Kong’s border has effectively been shut since 2020 with few flights able to land and hardly any passengers allowed to transit, isolating a city that had built a reputation as a global financial hub.

Businesses and the city’s economy are reeling from widespread closures, while doctors say many of the city’s 7.4 million residents are grappling with rising mental health issues, particularly among low income families.

Lam’s policy turnaround comes after her administration has been scolded repeatedly by politicians, pro-Beijing media and on Chinese social media, just weeks before the city is due to hold an election on May 8 to choose who will lead the territory for the next five years.

She declined to comment on whether she will run for a new term.

A plan to carry out mass coronavirus testing would be put on hold, Lam said, citing experts who said it was not a suitable time. Hong Kong needs to have a clear exit strategy rather than trying to completely eradicate the virus, experts said.

While the former British colony has officially stuck to the “dynamic zero” coronavirus policy, similar to mainland China, which seeks to curb all outbreaks, it has been shifting to mitigation strategies as deaths skyrocketed.

Hong Kong has registered the most deaths per million people globally in recent weeks – more than 24 times that of rival Singapore – due to a large proportion of elderly who were unvaccinated as the highly transmissible Omicron variant ripped through care homes since February.

The densely packed city has recorded more than 1 million infections since the pandemic started and about 5,000 deaths – most of them in the past month.

As many as 4 million people could be infected according to estimates from health experts as many residents have contracted the virus and isolated at home without notifying authorities.

Until this year, Hong Kong had been far more successful at controlling the coronavirus than many other cities its size, but the latest wave of infections swamped its world class medical system, morgues are overflowing and public confidence in the city government is at an all-time low.  – Reuters/Rappler.com