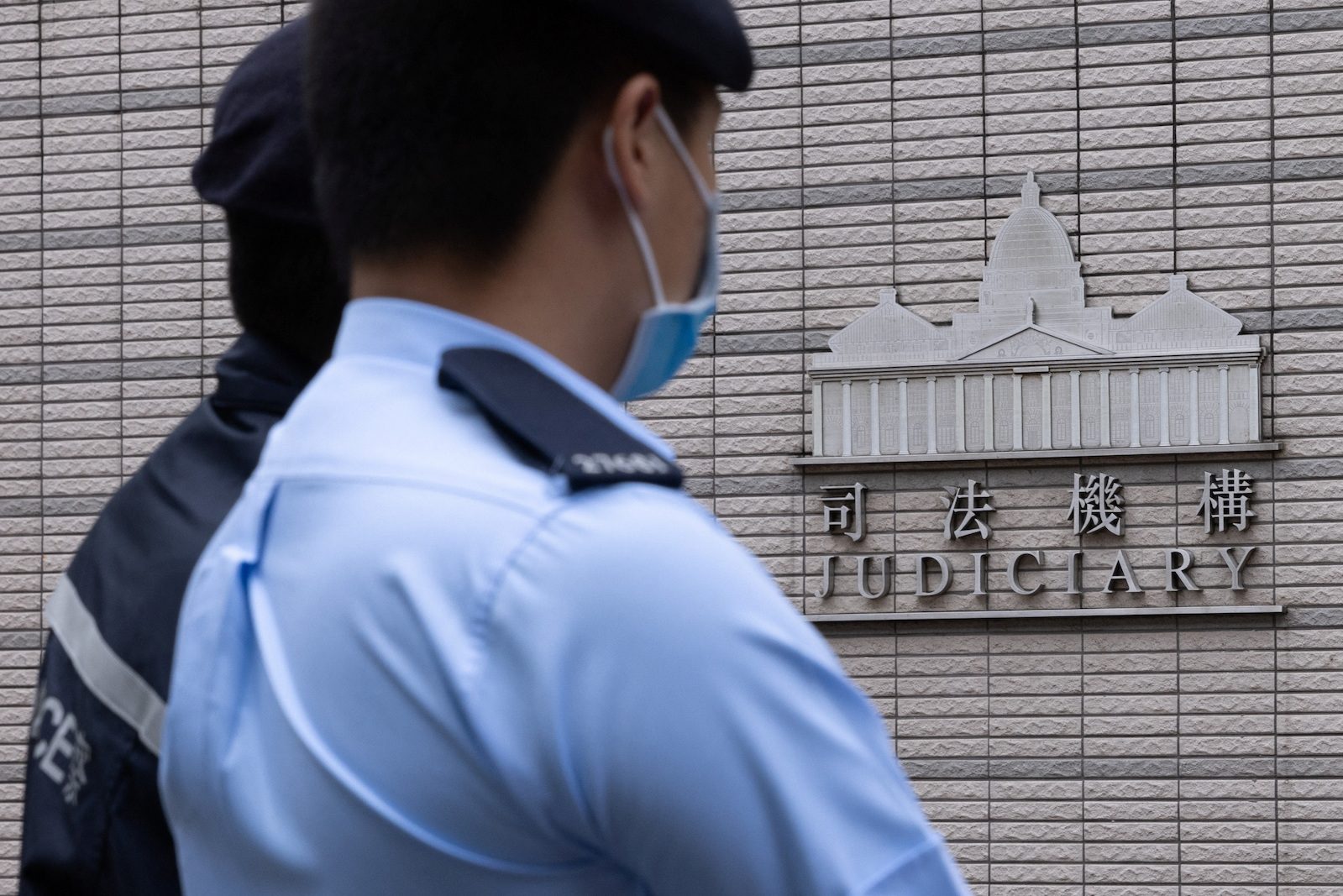 John Lee’s request follows a series of failed attempts by Hong Kong’s Department of Justice and top legal official, Paul Lam, to prevent British barrister Timothy Owen from representing Lai in a landmark national security case that is slated to begin on December 1.

Lai is one of the most prominent Hong Kong critics of China’s Communist Party leadership including Xi Jinping, and Hong Kong’s Department of Justice made repeated attempts to block Owen from representing him.

Speaking to reporters just hours later, Lee said he would ask China’s National People’s Congress Standing Committee for an interpretation on this legal matter, and that it would be “appropriate” for the government to seek a delay to the start of Lai’s trial, due to start on Thursday.

Lai’s lawyer, Robert Pang, said in a hearing last week that any delay, or blocking Owen at such a late stage, could result in an unfair trial for Lai.

Lee’s move would be only the sixth instance of China’s top legislative body weighing into legal matters in Hong Kong, a former British colony which under a “one country, two systems” arrangement is guaranteed judicial independence from China.

“There is no effective means to ensure that a counsel from overseas will not have a conflict of interest because of his nationality,” Lee told reporters. “And there is also no means to ensure he has not been coerced, compromised or in any way controlled by foreign governments, associations or persons.”

Lee also said there was no means of ensuring a foreign lawyer would not divulge state secrets that might emerge during a national security trial.

Beijing imposed the sweeping national security law on Hong Kong in June 2020 after sometimes-violent protests rocked the city for months the year before.

Some foreign envoys and businesspeople say they’re closely watching the enforcement of the law, which allows the city leader to handpick judges for national security cases, amid fears it has weakened the vaunted rule of law.

In March, two senior British jurists, Robert Reed and Patrick Hodge, resigned from the Court of Final Appeal as non-permanent foreign judges, saying they did not want to endorse an administration “which has departed from the values of political freedom, and freedom of expression”.

Beijing’s power of ultimate legal interpretation is outlined in the Basic Law, the mini-constitution that grants extensive Hong Kong autonomy and freedoms. For some lawyers and judges, that power marks an awkward contradiction within the document: Even as it guarantees Hong Kong’s judicial independence, the Basic Law still grants final power of interpretation to Beijing.

The panel of three judges on the CFA – Chief Justice Andrew Cheung, Roberto Ribeiro and Joseph Fok – in a written judgment criticized the Justice Department for “raising undefined and unsubstantiated issues said to involve national security which were not mentioned or explored in the Courts below”.

Lai faces a maximum possible life sentence, including for two counts of conspiracy to commit collusion with foreign countries or external elements.

He also faces a sedition charge linked to his Apple Daily newspaper that was forced to close in June 2021 after a police raid and a freeze on its assets. – Rappler.com