10 Hong Kong officials among dozens sent to quarantine after party 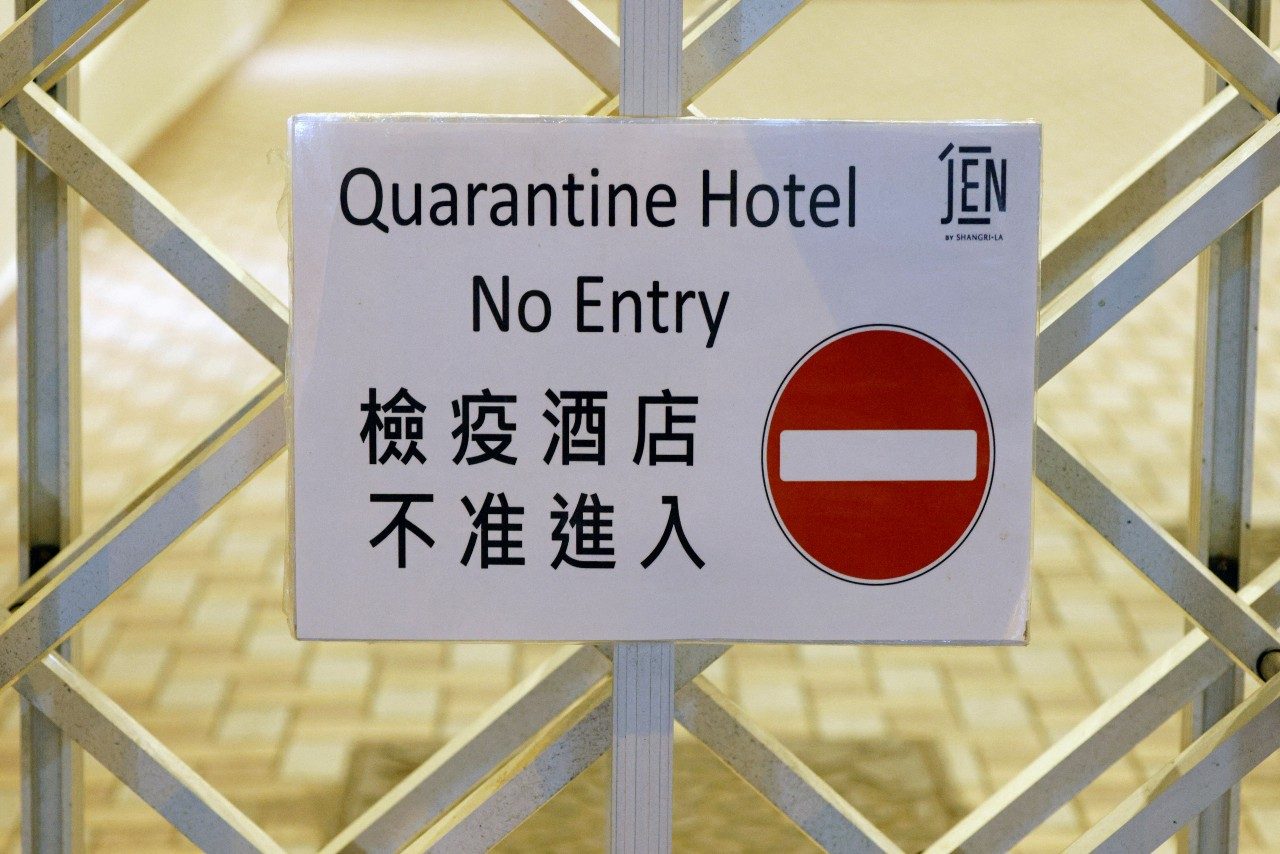 QUARANTINE. A sign is seen inside a quarantine hotel, during the COVID-19 pandemic, in Hong Kong on August 30, 2021.

HONG KONG – Ten Hong Kong government officials, including the heads of home affairs and immigration, were among more than 100 people sent into quarantine after attending a banquet where two guests tested positive for COVID-19, health authorities said on Friday, January 7.

With more cases being detected in Hong Kong over the past week, stringent new measures came into effect on Friday to battle what city leader Carrie Lam said was “a very dire situation” that had the potential to become a major community outbreak.

The banquet was on Monday, January 3, before the new restrictions came into force but after the first Omicron transmission of an infection caused by the fast-spreading Omicron variant of the virus was confirmed on Friday last week.

None of the officials has tested positive but they were sent into quarantine as a precaution, in line with the city’s coronavirus policy.

The global financial hub is one of the world’s last places to stick to a goal of stopping local transmission of the virus altogether, with strict quarantine measures and by largely isolating itself from the rest of the world.

Lam said she was “highly disappointed” that so many officials attended a big gathering and they should not be “engaging in activities that carry risks and create more work” for the city’s health bureau.

The city on Friday banned dining in restaurants after 6 pm, closed venues including gyms, beauty salons and swimming pools, and limited group gatherings to no more than four people.

Passenger flights from countries including Australia, Britain and the United States have been banned for 14 days.

Since the pandemic began in 2020, more than 200 people have died in Hong Kong from the coronavirus with some 12,800 infected, far fewer than in many other big cities around the world.

Health experts worry that with just over 30% of eligible people not vaccinated, a surge of infections could send many to hospital. – Rappler.com