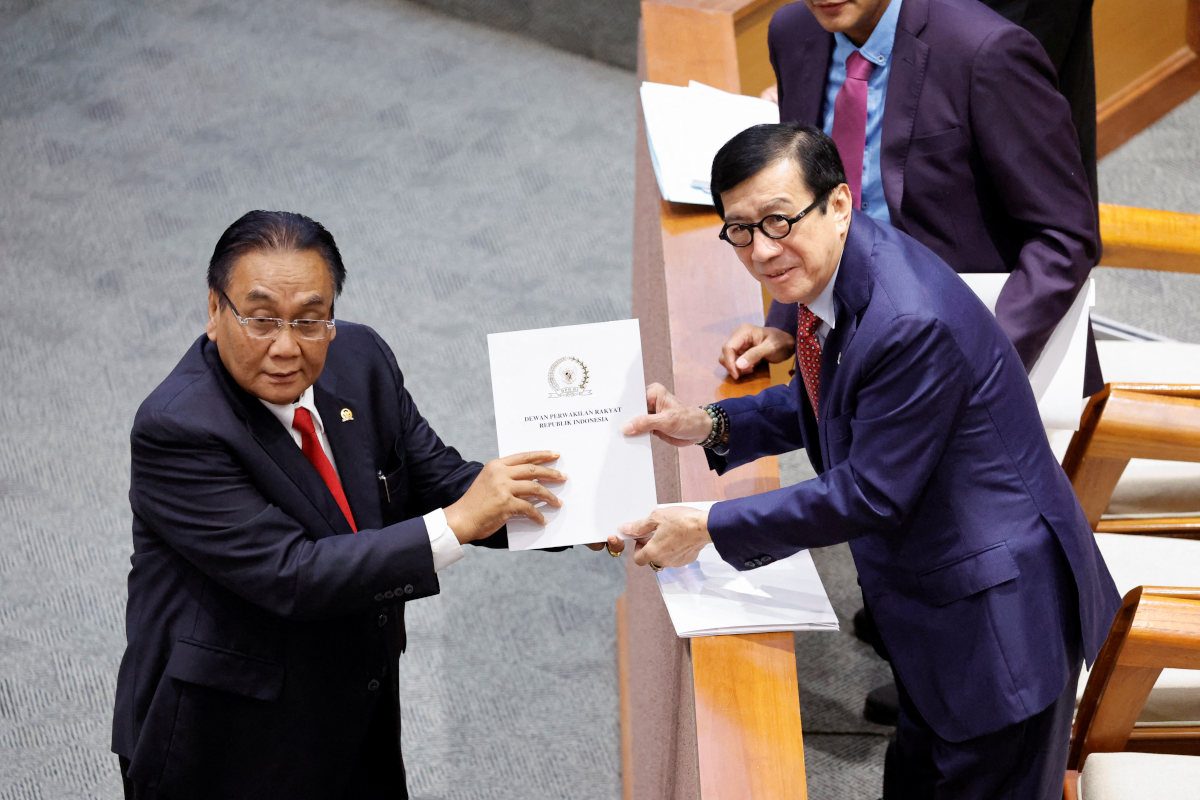 JAKARTA, Indonesia – Indonesia’s parliament approved a criminal code on Tuesday, December 6, that bans sex outside marriage with a punishment of up to one year in jail, part of a raft of legal changes that critics say undermine civil liberties in the world’s third-largest democracy.

The new code, which will apply to Indonesians and foreigners alike, will also prohibit cohabitation between unmarried couples. It was passed with support from all political parties and despite warnings from business groups that it could scare away tourists and harm investment.

However, the code will not come into effect for three years to allow for implementing regulations to be drafted.

The laws also include bans on black magic, insulting the president or state institutions, spreading views counter to state ideology, and staging protests without notification.

Critics say the new laws can be used to police morality in the world’s largest Muslim-majority nation, which has seen a rise in religious conservatism in recent years.

Maulana Yusran, deputy chief of Indonesia’s tourism industry board, said the new bill was “totally counter-productive” at a time when the economy and tourism were starting to recover from the pandemic.

“Hotels or any accommodation facilities are like second homes for tourists. With the ratification of this criminal code, hotels are now problematic places,” he said.

Decades in the making, legislators hailed the passage of the criminal code as much needed overhaul of a colonial vestige.

“The old code belongs to Dutch heritage … and is no longer relevant now,” Bambang Wuryanto, head of the parliamentary commission in charge of revising the code told lawmakers.

Opponents of the bill have highlighted articles they say are socially regressive, will curb free speech and represent a “huge setback” in ensuring the retention of democratic freedoms after the fall of authoritarian leader Suharto in 1998.

Responding to the criticism, Indonesia’s Law and Human Rights Minister Yasonna Laoly told parliament: “It’s not easy for a multicultural and multi-ethnic country to make a criminal code that can accommodate all interests.”

Legal experts say that an article in the code on customary law could reinforce discriminatory and sharia-inspired bylaws at a local level, and pose a particular threat to LGBTQ+ people.

“Regulations that are not in accordance with human rights principles will occur in conservative areas,” said Bivitri Susanti, from the Indonesia Jentera School of Law, referring to existing bylaws in some regions that impose curfews on women, or target what are described as “deviant” sexualities.

The new laws will also include more lenient sentences for those charged with corruption.

The morality charges have been partially watered down from an earlier version of the bill so that they can only reported by limited parties, such as a spouse, parent or child.

The government had planned to pass a revision of the country’s colonial-era criminal code in 2019 but nationwide protests halted its passage.

Lawmakers have since diluted down some of the provisions with President Joko Widodo urging parliament to pass the bill this year, before the country’s political climate heats up ahead of the presidential elections scheduled for early 2024.

The public response to the new code has been muted so far, with only small protests held in the capital on Monday on Tuesday. – Rappler.com