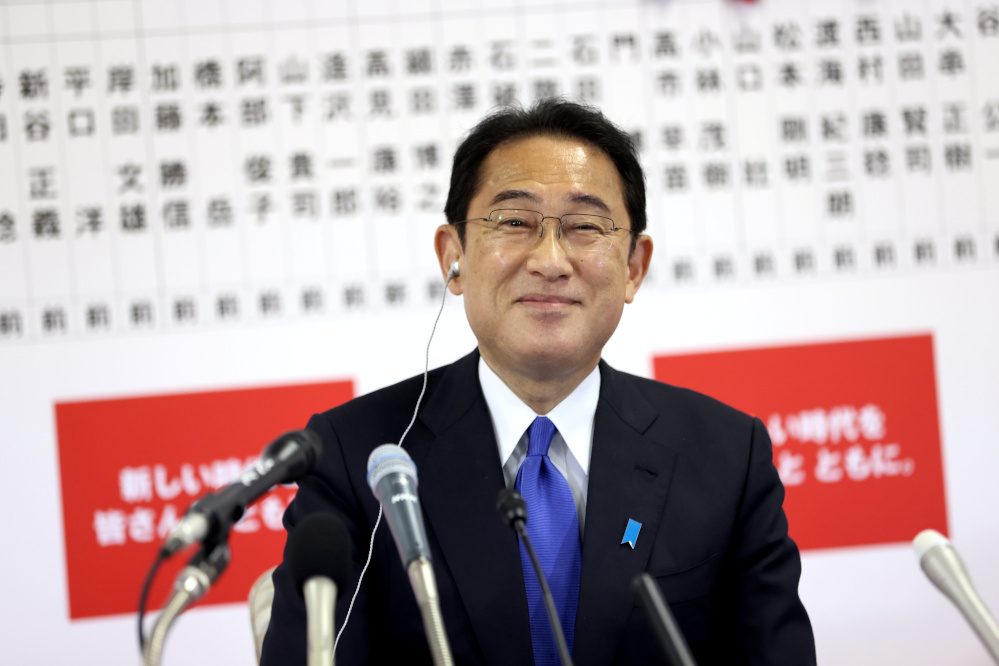 Japanese Prime Minister Fumio Kishida on Monday, November 1, prepared to tackle major policy decisions, including trying to pass an extra budget, after leading his ruling party to an unexpectedly strong election win to solidify his status in a fractious party.

Stocks surged to a one-month high on relief the Liberal Democratic Party (LDP) held onto its single-party majority in defiance of predictions – although it did lose a handful of seats, including that of party secretary-general Akira Amari.

The results are likely to embolden Kishida, only in power a month and with little yet to show in terms of policy successes, allowing him to put his stamp on the office ahead of an upper house election next year.

Kishida, a soft-spoken former banker who has yet to stamp his mark on the premiership, has hewed to traditional policies of the party’s right wing, pushing to increase military spending to counter a more assertive China.

He has also promised to address wealth inequality, touting a “new capitalism” as the world’s third-largest economy struggles to rebound from the coronavirus pandemic.

“The overall trend is in favor of stability. The LDP cleared the hurdles it absolutely had to,” said Tobias Harris, senior fellow at the Center for American Progress.

Japanese shares jumped on Monday, with the Nikkei index hitting a one-month high on hopes for a stable government and more government spending.

While initial exit polls on Sunday suggested the LDP would have to rely on its junior coalition partner, Komeito, to keep a majority, the conservative party – in power for all but a few years since its founding in 1955 – instead won a solid majority on its own.

In the end, the LDP claimed 261 seats against the 276 it held before the election – an absolute stable majority that will give it control of parliamentary committees and ease passage of legislation, including key budget proposals.

A poorer showing would have heightened expectations that Kishida could follow predecessor Yoshihide Suga in becoming another short-term premier in the wake of Shinzo Abe, Japan’s longest-serving premier, who stepped down last year due to ill health.

The party did take some notable hits, including the loss by Amari, in his single-seat district, and a former economy minister and the leader of one the party’s factions, Nobuteru Ishihara, who lost to an opposition candidate in a western Tokyo district.

Analysts said the fall of such stalwarts, in contrast to the massive victories of younger lawmakers such as Taro Kono and Shinjiro Koizumi, could potentially signal a change of generations in the LDP.

“If we’re in a post-COVID and post-Abe (era), then the question is what are the new policy agendas that Japan has to face, not just in the next year or two but long-term,” said Kenneth McElwain, professor of political science, University of Tokyo.

Media reported Amari would resign his party post but there was no immediate news on a possible successor, which could have an impact on policy, particularly Kishida’s goal of trying to pull together an extra budget this year, in what would be a tight schedule.  – Rappler.com