Facebook Twitter Copy URL
Copied
Lawyers of the descendants of the last Sultan of Sulu say the ruling of a French arbitration court is legally enforceable outside France through the New York Convention, a UN treaty on international arbitration recognized in 170 countries

KUALA LUMPUR, Malaysia – The heirs of a 19th century sultanate are seeking to seize Malaysian government assets around the world in a bid to enforce a $14.9 billion arbitration award they won against the Southeast Asian nation, despite a stay on the case handed by a French court, their lawyers told Reuters.

A French arbitration court in February ordered Malaysia to pay the sum to the descendants of the last Sultan of Sulu to settle a dispute over a colonial-era land deal.

Malaysia said on Wednesday, July 13, the Paris Court of Appeal had stayed the ruling, after finding that enforcement of the award could infringe the country’s sovereignty.

Law minister Wan Junaidi Tuanku Jaafar said the stay would prevent the award from being enforced as Malaysia works to set aside the ruling. Malaysia had not previously participated in the arbitration.

Lawyers for the claimants, however, say the February ruling remains legally enforceable outside France through the New York Convention, a United Nations treaty on international arbitration recognized in 170 countries.

The ‘stay’ that seems to comfort the Malaysian government temporarily delays local enforcement in one country, France itself… It does not apply to the other 169.

Paul cohen, lawyer of the heirs of the last sultan of sulu

With some exceptions, such as diplomatic premises, any Malaysian government-owned asset within nations party to the U.N. convention is eligible for the purposes of enforcing the award, said Elisabeth Mason, another lawyer for the heirs.

The heirs claim to be successors-in-interest to the last Sultan of Sulu, who entered a deal in 1878 with a British trading company for the exploitation of resources in territory under his control – including what is now the oil-rich Malaysian state of Sabah, on the northern tip of Borneo. 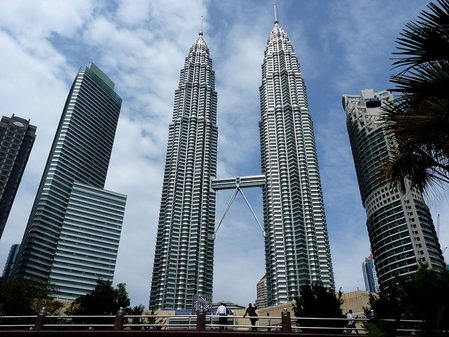 Malaysia took over the arrangement after independence from Britain, annually paying a token sum to the heirs, who are Philippine nationals.

But the payments were stopped in 2013, with Malaysia arguing that no one else had a right over Sabah, which was part of its territory.

Petronas, which has described the seizure as “baseless”, has said it will defend its legal position, adding that the units have divested their assets.

Lawyers for the heirs said the units were now under the control of bailiffs in Luxembourg, pending any appeal by Petronas against the seizure.

“We note Petronas’ description of certain transactions, and we note their statement that those transactions are complete,” Mason said.

“We will discover the full picture of all assets in due course.” – Rappler.com