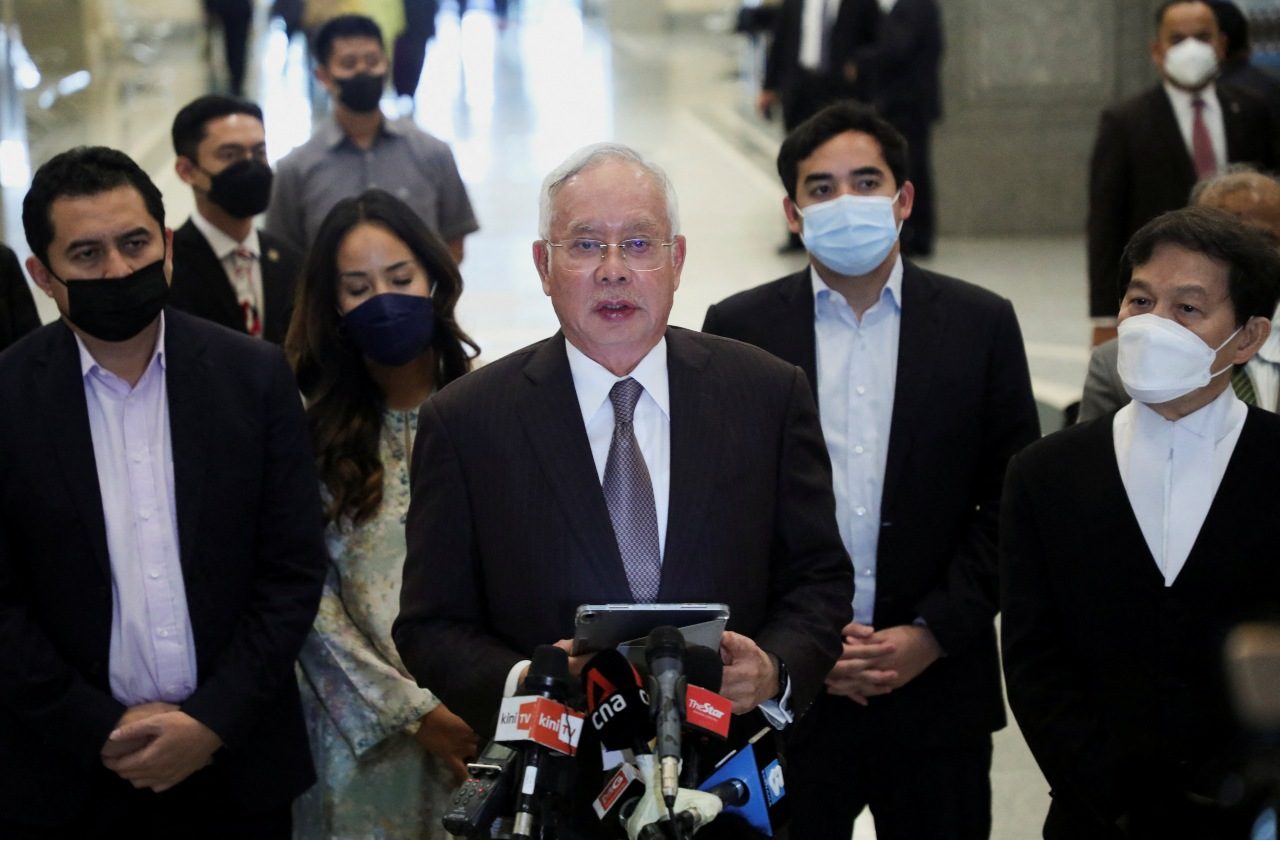 KUALA LUMPUR, Malaysia – Malaysian prosecutors on Friday, August 19, wrapped up their arguments against former premier Najib Razak’s final bid to overturn a 12-year jail sentence for corruption, saying he was aware that he had received funds from an “unlawful activity.”

Najib’s lawyers declined to present their case in court this week, citing insufficient time to prepare. They had submitted written arguments before the proceedings began.

It is unclear how the Federal Court will proceed when it resumes on Tuesday, August 23. It could potentially either deliver its verdict or set a new date for its decision.

Najib, 69, was convicted in July 2020 by a lower court for criminal breach of trust, abuse of power, and money laundering for illegally receiving about $10 million from a former unit of state fund 1Malaysia Development Berhad (1MDB).

Prosecutors have said some $4.5 billion were stolen from 1MDB – co-founded by Najib as premier in 2009 – in a wide-ranging scandal that has implicated officials and financial institutions around the world.

An appellate court last year upheld the guilty verdict against Najib but the former premier appealed again to the Federal Court, which began proceedings this week in what would be his final appeal.

Najib, who faces several trials over the allegations, has pleaded not guilty to all charges. His lawyers have argued in the lower courts that Najib was misled by 1MDB officials.

Najib “knew, or had reason to believe or had reasonable suspicion that the monies that he received in his bank accounts were proceeds from an unlawful activity,” lead prosecutor V. Sithambaram told the court.

Najib had replaced his legal team just three weeks before his appeal began on Monday, August 15.

Najib and Hisyam declined to comment after the day’s proceedings. – Rappler.com