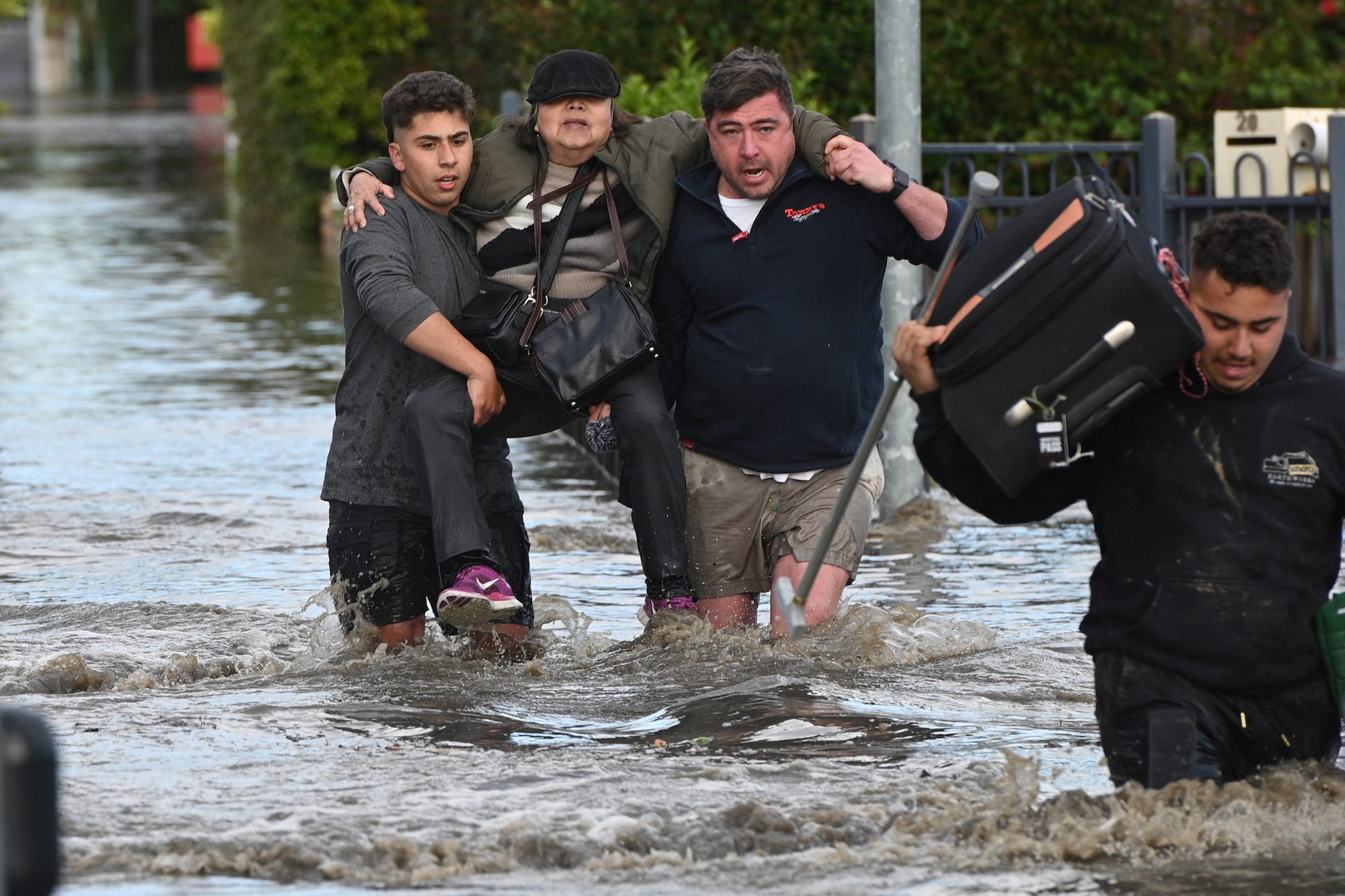 Facebook Twitter Copy URL
Copied
(1st UPDATE) Large parts of Victoria state, southern New South Wales, and the northern regions of the island state of Tasmania have been pounded by an intense weather system with some taking more than a month's worth of rain since October 12

SYDNEY, Australia – Thousands of people across Australia’s southeast were asked to evacuate their homes on Friday, October 14, including some in Melbourne’s west, after two days of incessant rains triggered flash flooding and fast-moving waters burst river banks.

Large parts of Victoria state, southern New South Wales and the northern regions of the island state of Tasmania were pounded by an intense weather system with some taking more than a month’s worth of rain since late Wednesday, officials said.

“Our river systems… are reaching major flood levels at various times over today, through the weekend and through next week,” Victoria emergency services chief operations officer Tim Wiebusch told reporters.

Many rivers in Victoria, including the Maribyrnong in Melbourne’s west and the Goulburn further north, reached major flood levels, prompting the nighttime evacuation of residents.

The Goulburn River at Seymour, about 100 km (62 miles) north of Melbourne, has peaked above the record 7.64 meters (25 ft) reached in May 1974, data showed. More than 200 flood rescues were conducted by emergency crews.

“I think this is going to finish up, being in terms of property damage, road, public infrastructure and the sheer volume of water, this is going to set new records,” Victorian Premier Daniel Andrews said at an emergency press conference.

Andrews said a decision would be made on Saturday about reopening the state’s purpose-built COVID-19 quarantine facility, closed last week after Australia scrapped isolation rules, to shelter flood-impacted residents.

Footage on social media showed people wading through knee-deep water with their pets and some being rescued in boats, while local media reported about 200 stud horses were at risk of washing away in the rural Victorian town of Mangalore.

“Everyone is in a state of ‘how is this actually happening?,’ Maribyrnong-resident Matt Iozzi, who had to evacuate in the early hours of Friday morning, told the Australian Broadcasting Corporation.

“I spoke to a few neighbours, everyone was on their way out or planning to leave in the next 30 minutes after seeing how fast the water was rising.”

About 1,000 residents of Wedderburn, a small town 200 km (125 miles) north of Melbourne, were ordered to evacuate urgently due to the potential breach of a nearby dam.

In Tasmania, the flooding crisis intensified after fresh evacuation orders on Friday, while hundreds of residents in southern New South Wales spent the night in evacuation centres.

Rains had eased by Friday afternoon but the weather bureau has warned of another potential wild weather system next week.