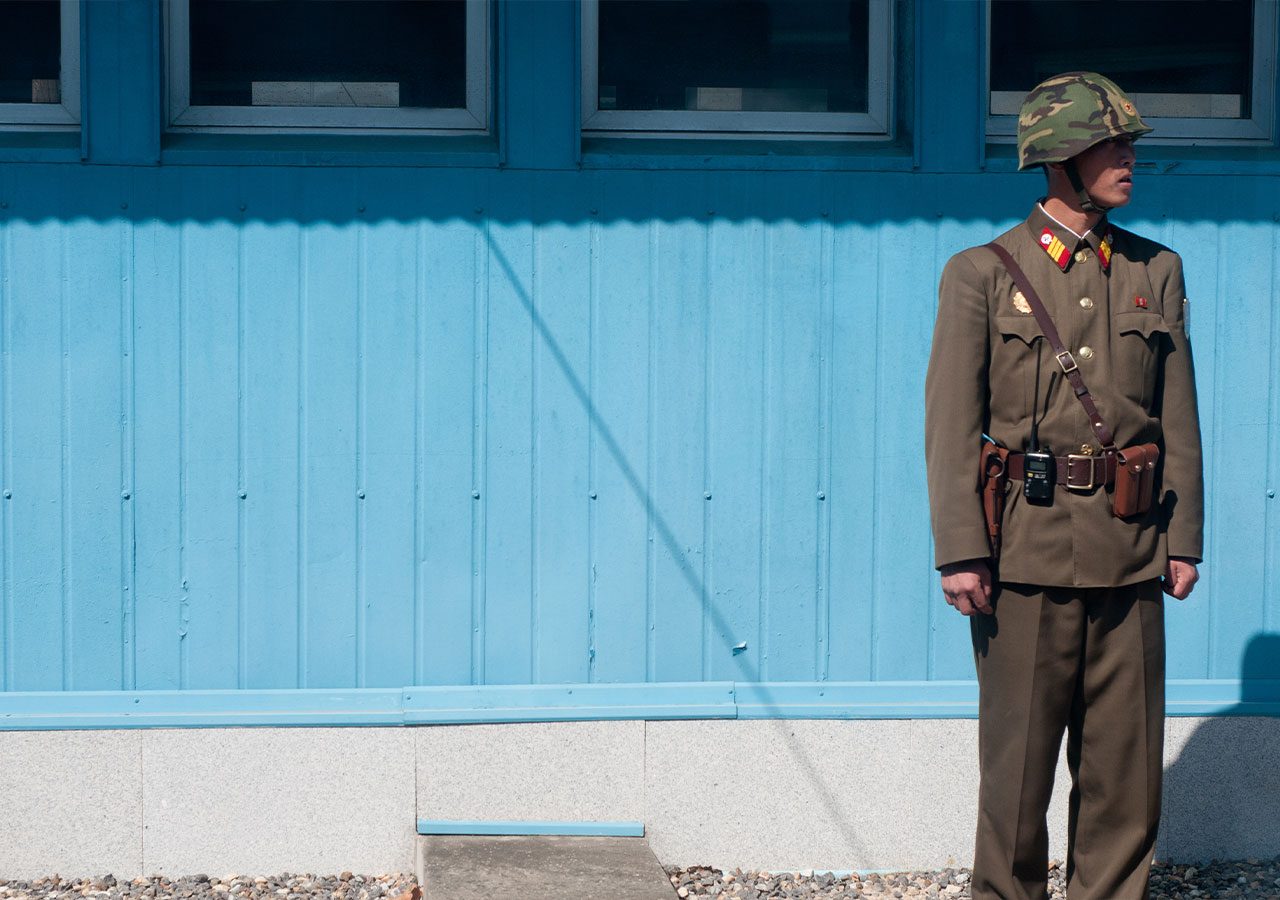 DEFENSE. File photo of a North Korean soldier standing guard at the DMZ as viewed from the North Korea side.

Facebook Twitter Copy URL
Copied
During the plenary meeting, Kim also points out 'a series of serious shortcomings' observed in such areas as science, education and health

SEOUL – North Korean leader Kim Jong Un unveiled new goals for the country’s military for 2023 at an ongoing meeting of the ruling Workers’ Party, state media reported on Wednesday, December 28, hinting at another year of intensive weapons tests and tension.

On the second day of the Sixth Enlarged Plenary Meeting of the party’s 8th Central Committee, Kim reviewed the “newly created challenging situation” on the Korean peninsula and the broader political landscapes, the report said.

The third-generation leader set the direction for the “anti-enemy struggle” and goals for reinforcing defense power, it added.

“He specified the principles of foreign affairs and the direction of the struggle against the enemy that our party and government must thoroughly abide by in order to protect sovereign rights and defend national interests,” the official KCNA news agency said.

“New core goals for strengthening self-defensive capabilities to be strongly pursued in 2023 have been presented in preparation for diverse fluctuations in the political situation.”

KCNA did not provide details on those goals, but Kim’s remarks could indicate the isolated country will continue to accelerate its military buildup.

North Korea has fired an unprecedented number of missiles this year, and many launches were designed to develop “top priority” strategic weapons under a five-year plan laid out at a Workers’ Party congress in early 2021.

Tension remained high throughout this year amid the North’s constant weapons tests, and it flared again this week after five North Korean drones crossed into South Korea, prompting Seoul to scramble fighter jets and attack helicopters, and try to shoot them down.

During the plenary meeting, Kim also pointed out “a series of serious shortcomings” observed in such areas as science, education and health this year, and suggested ways to overcome them and raised key tasks for next year, KCNA said.

North Korean leaders previously made speeches on New Year Day, but in recent years, Kim has called days-long party gatherings at the end of the year to announce major policy decisions.

The economy is high on the agenda, with Kim facing mounting pressure from international sanctions, the fallout from an anti-coronavirus lockdown and natural disasters. – Rappler.com