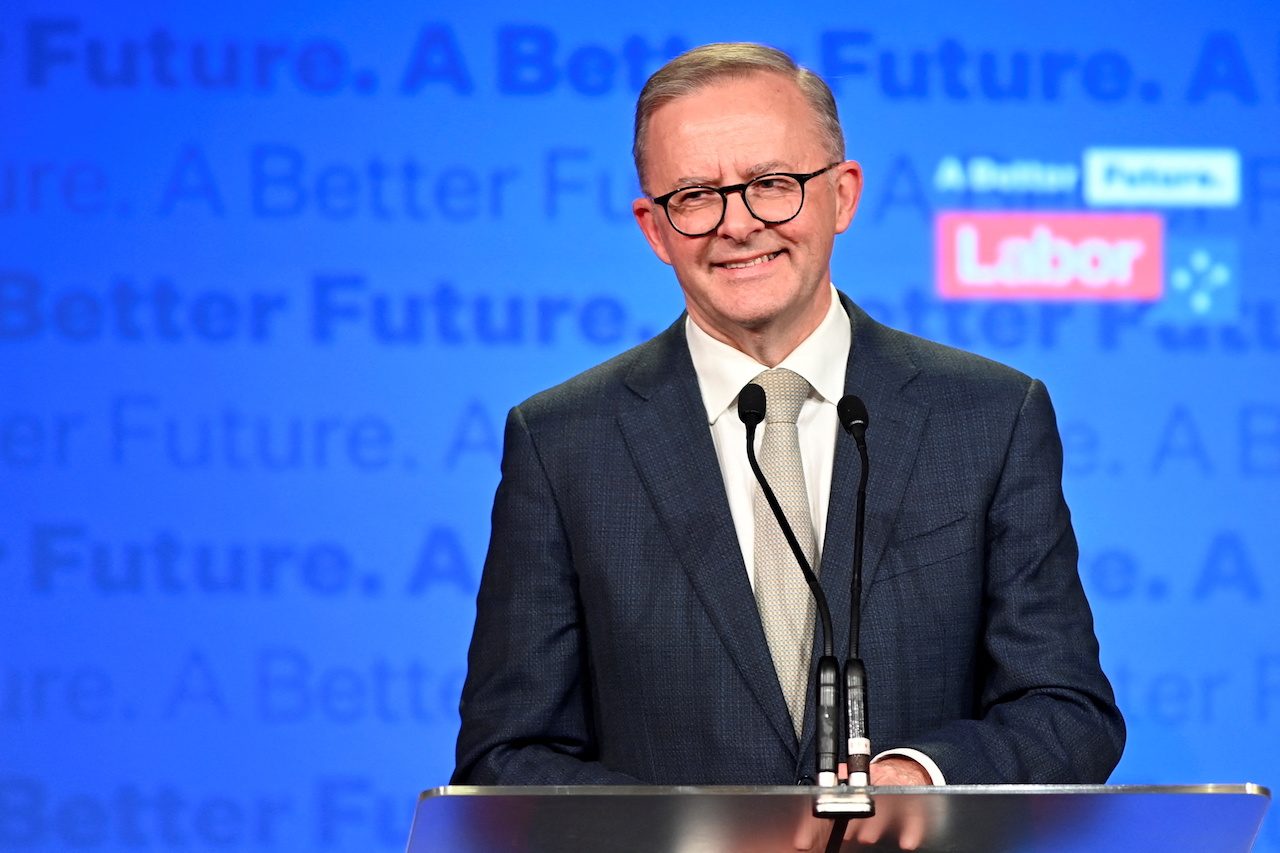 Facebook Twitter Copy URL
Copied
The new prime minister has forged his reputation as a collaborator willing to work outside ideological lines, as leader of the House, where he managed government business in the parliament

SYDNEY, Australia – Anthony Albanese, who becomes Australia’s prime minister on Monday, May 23, is a pragmatic leader from a working-class background who has pledged to end divisions in the country.

“I do want to change the country. I want to change the way that politics operates in this country,” the Labor Party leader said on Sunday morning as he set about preparing to replace nine years of conservative government after Saturday’s election win.

“I want to have a cooperative relationship. I want to bring people together, including the states and territories, and local government as well…just as I’ll bring unions and employers and other organizations together in an employment summit in coming months.”

Labor’s election campaign heavily spotlighted Albanese’s working-class credentials – a boy raised in public housing by a single mother on a disability pension – and his image as a pragmatic unifier.

His rise from humble beginnings was something the man he defeated in the election, Prime Minister Scott Morrison, pointed to when the leaders were asked to nominate something they admired about their opponent during a televised debate.

“The thing about Anthony I’ve always admired is he has never forgot where he has come from,” Morrison said in the debate, complimenting the determination and drive of Albanese.

Albanese, 59, entered parliament in 1996 – just as Labor entered the first of two decade-long patches in opposition. The party’s time back in power, from 2007 to 2013, was marred by leadership squabbles in which he openly criticized both sides.

Those years forged his reputation as a collaborator willing to work outside ideological lines, as leader of the House, where he managed government business in the parliament.

After losses in the 2010 election, Labor was saddled with the country’s first minority government in 70 years, requiring it to win support from conservatives or independents to pass laws.

But by one measure cited by political commentators – the number of laws passed compared to the number of days in office – it turned out to be Australia’s most productive parliament.

“There was an attempt to create chaos, but what Anthony did (as leader of the House) was to ensure that the work of government proceeded,” said Craig Emerson, who was trade minister in that government.

At 12, Albanese helped organize a rent strike that kept his mother’s public housing property from being sold to developers.

Those who know Albanese say he is genuinely motivated by the mix of pragmatism and concern for social justice he gained during his childhood struggles, such as when a teenage Albanese complained to a councilman about his mother’s broken stove.

“It gave me a determination, each and every day, to help the people like I was, growing up, to have a better life,” Albanese told the National Press Club in January, recalling how he at times depended on neighbors for food when his mother was unable to provide for him.

Albanese was the first in his family to attend university, where he studied economics and became involved in student politics.

At 22, he was elected president of Young Labor, the party’s youth wing, and worked as a research officer under the economic reformist government of Bob Hawke, Labor’s longest-serving prime minister.

The incoming prime minister “believes in this idea that there are people of good will in the community,” Tickner said in a phone interview. “He’s not someone who’s a sectarian.” – Rappler.com