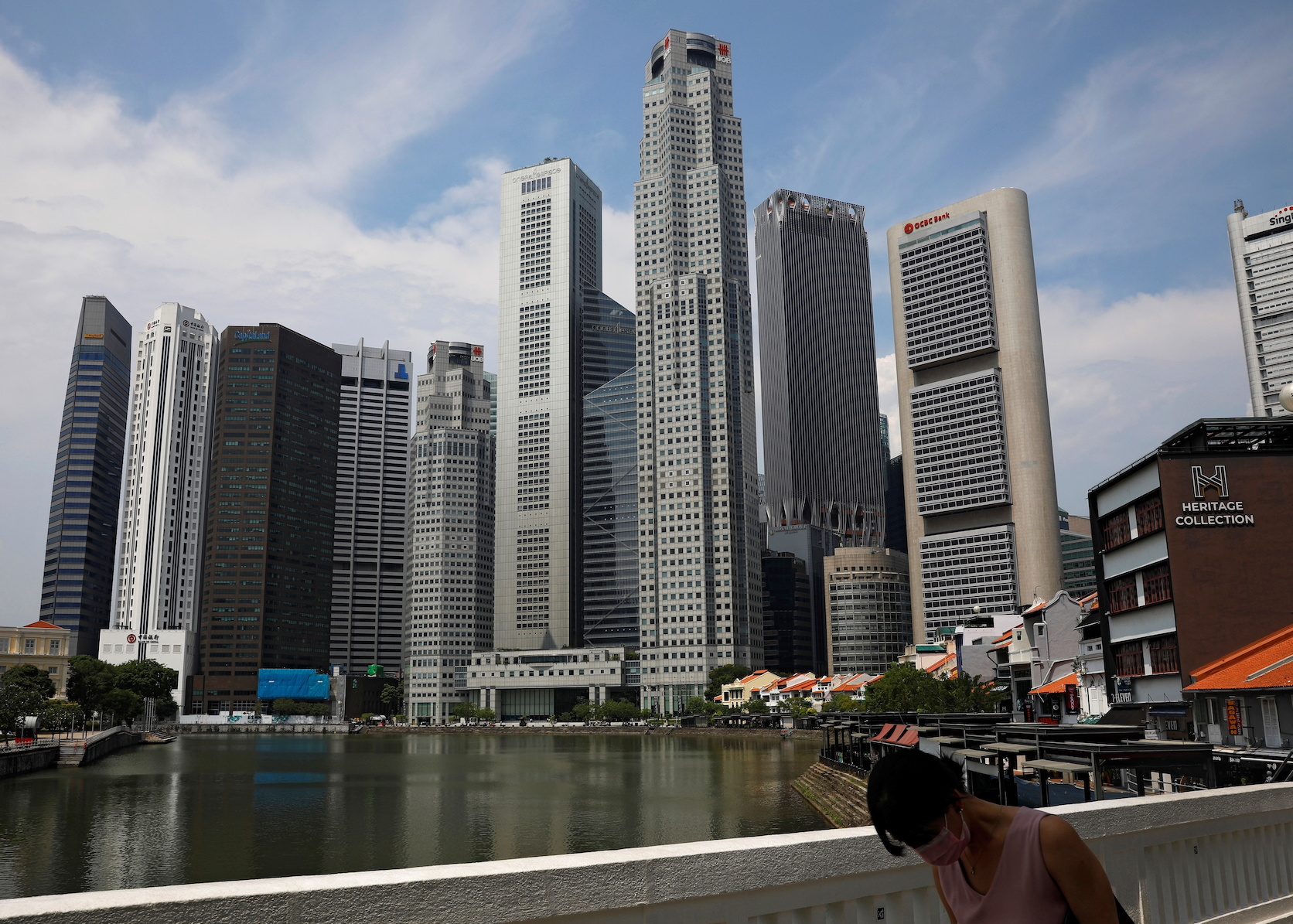 PANDEMIC. A woman wearing a protective face mask passes the city skyline during the coronavirus outbreak (COVID-19) outbreak in Singapore on June 10, 2021.

Singapore must stay open to preserve its status as a global business hub, its prime minister said on Sunday, August 29, even as the country continues to tighten its foreign worker policies and addresses anxieties among locals over competition for jobs.

Foreign labor has long been a hot button issue in Singapore, but uncertainties due to the COVID-19 pandemic have increased employment worries among locals as the city state recovers from last year’s record recession.

“We must make it crystal clear to the world that Singapore is determined to stay open, in order to earn a living for ourselves,” Lee Hsien Loong said in his National Day Rally speech. He said the country must not give the impression that Singapore is becoming xenophobic and hostile to foreigners.

“It would gravely damage our reputation as an international hub. It would cost us investments, jobs and opportunities. It would be disastrous for us.”

While Singapore will continue to tighten its foreign worker policies, it will only do so gradually so as not to hurt businesses, Lee said. The government will also pass a law to ensure fair hiring, he said.

Lee’s government has been tightening foreign worker policies for several years while taking steps to promote local hiring, including by raising the salary threshold for issuing work permits.

Just under 30% of Singapore’s 5.7 million population are non-residents, up from around 10% in 1990, according to government statistics.

On Sunday, Singapore hit a key milestone of fully vaccinating 80% of its population against COVID-19, setting the stage for further reopening of the economy as the country gets ready to live with the virus as endemic.

“We may have to tap on the brakes from time to time, but we want to avoid having to slam on the brakes,” Lee said.

“So in the next phase, we will move step by step not in one big bang like some countries but cautiously and progressively, feeling our way forward,” Lee added. – Rappler.com