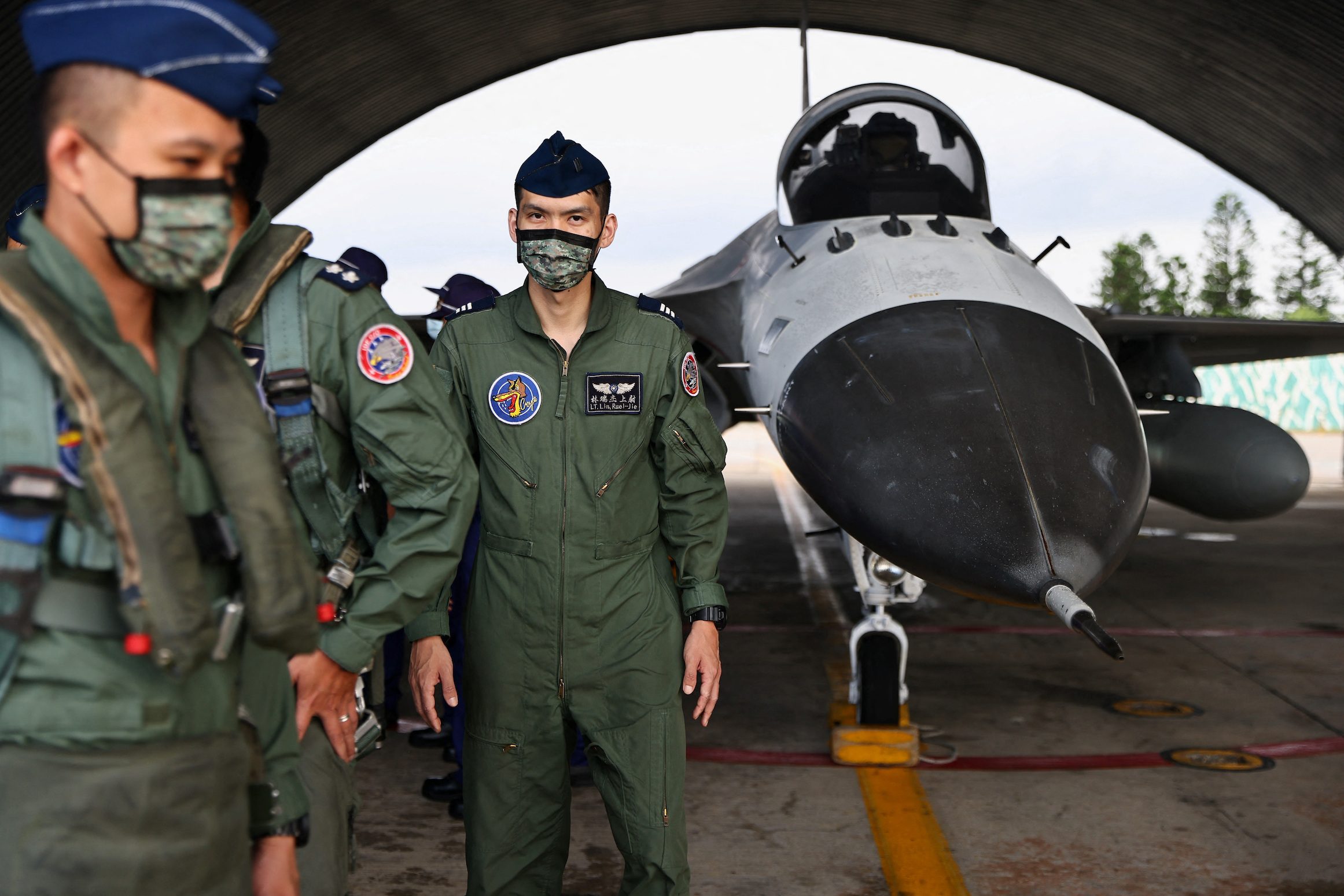 Pilots leave after an event at an Air Force base in Penghu Islands, Taiwan, August 30, 2022. REUTERS/Ann Wang

TAIPEI, Taiwan – Taiwan said on Wednesday, August 31, it would exercise its right to self defense and counter-attack if Chinese armed forces entered its territory, as Beijing increased military activities near the democratic island.

Beijing, which claims Taiwan as its own against the strong objections of the government in Taipei, has held military exercises around the island this month in reaction to a visit to Taipei by US House of Representatives Speaker Nancy Pelosi.

“For aircraft and ships that entered our sea and air territory of 12 nautical miles, the national army will exercise right to self-defense and counter-attack without exception,” Lin Wen-Huang, deputy chief of the general staff for operations and planning, told reporters at a news briefing.

Taiwan has complained of Chinese drones repeatedly flying close to its small groups of islands near China’s coast.

The military will exercise the same right to counter-attack Chinese drones that did not heed warnings to leave its territory after posing threats, Lin added.

Taiwan fired warning shots at a Chinese drone for the first time on Tuesday shortly after President Tsai Ing-wen ordered Taiwan’s military to take “strong countermeasures” against what she termed Chinese provocations.

“Firstly I need to tell you, Taiwan is a province of China, it has no so-called defense ministry. The Taiwan authorities are playing up their nervousness, this is meaningless,” he said.

Earlier in the week, the ministry had dismissed complaints from Taiwan about drone harassment as “not worth fussing about”.

In the same briefing, Ma Cheng-Kun, a director from military academy National Defense University, said China might further move to reject passage of foreign naval ships through the strait without its permission.

“After the new military normal status has been consolidated, then the risk of collision will increase if foreign naval ships insist on the rights of navigation and freedom,” he said.

US warships and those from allied nations such as Britain and Canada have routinely sailed through the strait in recent years, including two US Navy warships last week.

Taiwan’s armed forces are well-equipped but dwarfed by China’s. Tsai is overseeing a modernization program and has made increasing defense spending a priority.

China has not ruled out using force to bring the island under its control. Taipei rejects Beijing’s sovereignty claims, saying that the People’s Republic of China has never ruled the island and that only Taiwan’s people can decide their future. – Rappler.com