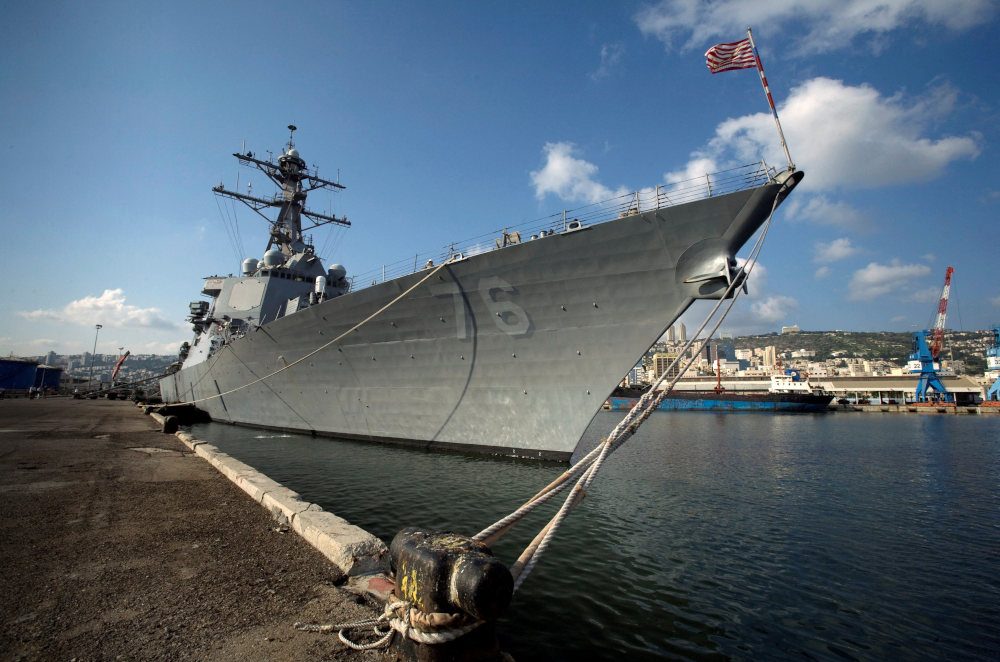 USS HIGGINS. The USS Higgins is docked in the northern Israeli city of Haifa on September 6, 2009.

Facebook Twitter Copy URL
Copied
The transit is the second in a month by a US Navy ship, and the second jointly by the United States and Canada in less than a year, since October 2021

A US Navy warship and a Canadian frigate made a routine transit through the Taiwan Strait on Tuesday, September 20, the militaries of both nations said, at a time of heightened military tension between Beijing and Taipei.

The transit was the second in a month by a US Navy ship, and the second jointly by the United States and Canada in less than a year, since October 2021.

While China condemned the mission, saying its forces “warned” the ships, recent years have seen US warships, and occasionally those of allied nations such as Britain and Canada, routinely sail through the strait.

Such trips anger China, which claims Taiwan over the objections of the island’s democratically elected government.

“Cooperation like this represents the centerpiece of our approach to a secure and prosperous region,” the US Navy said in a statement.

The Arleigh Burke-class guided-missile destroyer Higgins and the Royal Canadian Navy’s Halifax-class frigate Vancouver made the transit through a corridor in the strait that is beyond the territorial sea of any coastal state, it added.

Canadian Defense Minister Anita Anand said that as a Pacific nation, her country was deeply committed to upholding global stability and prosperity in the Indo-Pacific region.

“Today’s routine Taiwan Strait transit demonstrates our commitment to a free, open and inclusive Indo-Pacific,” she said in a statement.

“This operation though the Taiwan Strait is, even more, a concrete demonstration of the resolute opposition of democratic allies to China’s expansion attempts,” it said.

The Eastern Theater Command of China’s People’s Liberation Army said its forces monitored the ships and “warned them.”

“Theater forces are always on high alert, resolutely counter all threats and provocations, and resolutely defend national sovereignty and territorial integrity,” it said in a statement, employing its usual phrasing for such responses.

Taiwan’s defense ministry said the ships sailed north through the waterway and its forces observed the mission but “the situation was as normal.”

A visit to Taiwan early in August by US House of Representatives Speaker Nancy Pelosi enraged China, which subsequently launched military drills near the island that have continued, although on a much reduced scale.

The narrow Taiwan Strait has been a frequent source of military tension since the defeated Republic of China government fled to Taiwan in 1949 after losing a civil war with the communists, who established the People’s Republic of China. – Rappler.com