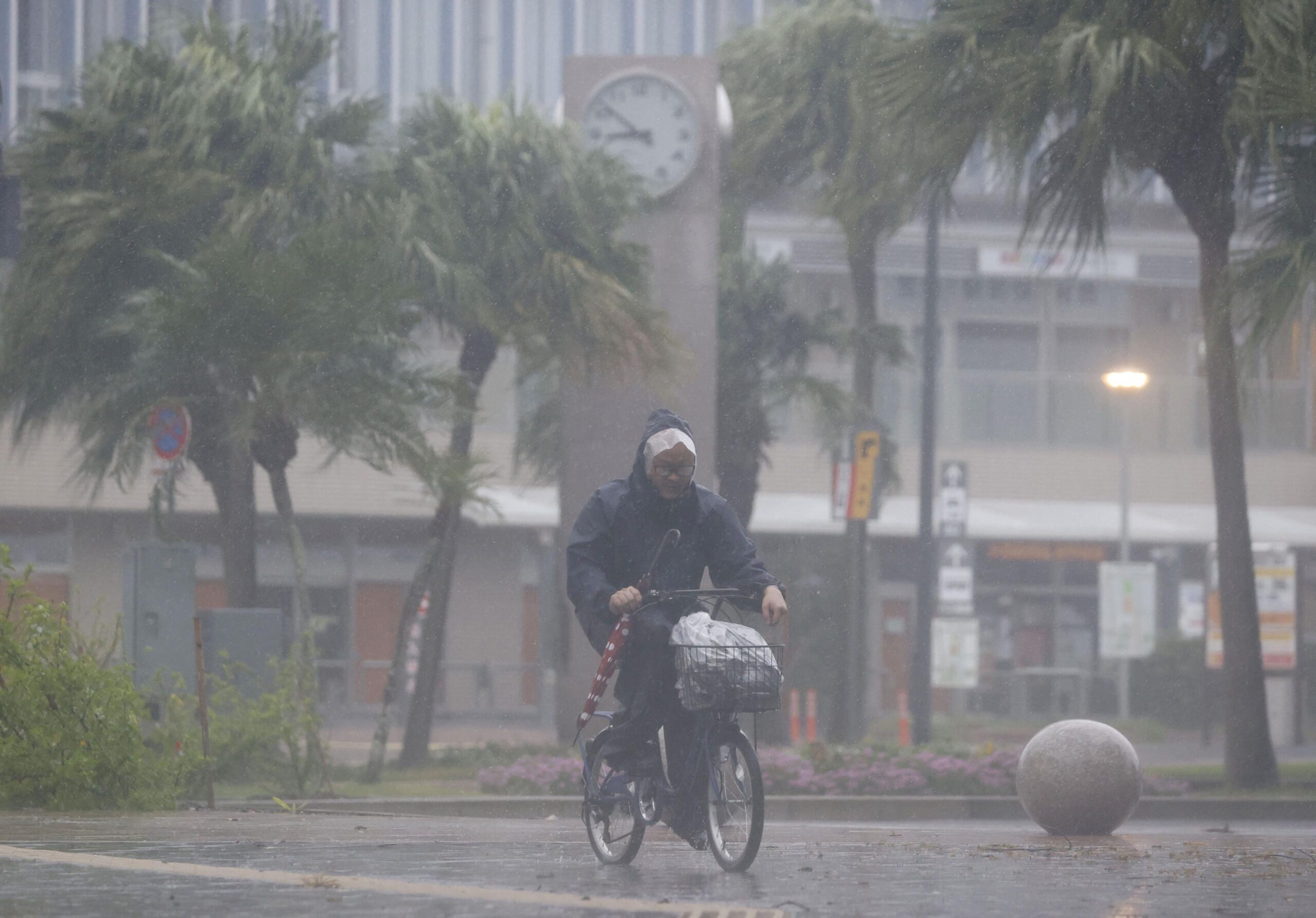 DOWNPOUR. A man on a bicycle rides past in the heavy rain and wind caused by Super Typhoon Nanmadol in Miyazaki on Japan's southernmost main island of Kyushu, September 18, 2022.

TOKYO, Japan – Super Typhoon Nanmadol bore down on Japan’s southernmost main island of Kyushu on Sunday, September 18, with the Japan Meteorological Agency (JMA) warning of gales and high waves “like never experienced before.”

The 14th tropical cyclone of the season, classified as a super typhoon by the US Navy’s Joint Typhoon Warning Center, could bring record rainfall, the JMA said, warning of the risk of rivers overflowing and landslides.

Southern Kyushu could receive 500 millimeters (20 inches) of rain and wind gusts of up to 250 kilometers (155 miles) per hour on Sunday, while the central Tokai region could get 300 mm (12 inches) of rain, the agency forecast.

The storm is forecast to curve east and pass over Japan’s main island of Honshu before moving out to sea by Wednesday, September 21. Heavy rain lashed the capital Tokyo, with operation of the Tozai subway line suspended due to flooding. – Rappler.com