WATCH: When will wedding bells ring for Princess Mako? 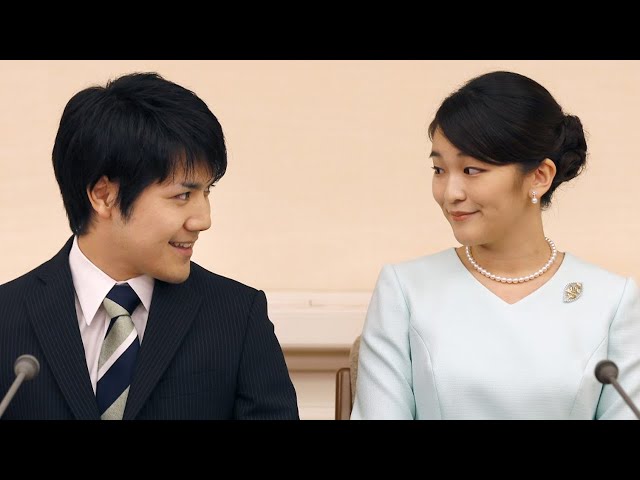 Facebook Twitter Copy URL
Copied
While there is no specific date yet, Princess Mako expresses her resolve to push through with her wedding to commoner Kei Komuro

Japan’s Princess Mako expressed her desire to push through with her postponed marriage to commoner fiance Kei Komuro.

In a statement released by the Imperial Household Agency Friday, November 13, Mako, the niece of Emperor Naruhito and daughter of Crown Prince Fumihito (Akishino), said she and Komuro think marriage was a “necessary choice.”

However, the two believe it was “still difficult to announce something specific at this time” and they would “consult our families in order to go ahead with the marriage.”

This comes after Mako and Komuro made headlines around the world when they announced their engagement on September 2017 – with Mako standing to lose her royal status for love.

The wedding was originally scheduled for November 2018, but the Imperial Household Agency announced February of that year that their marriage would be put off until 2020 following reports of Komuro’s family’s financial issues that needed to be resolved.

Watch this video for more. – Rappler.com