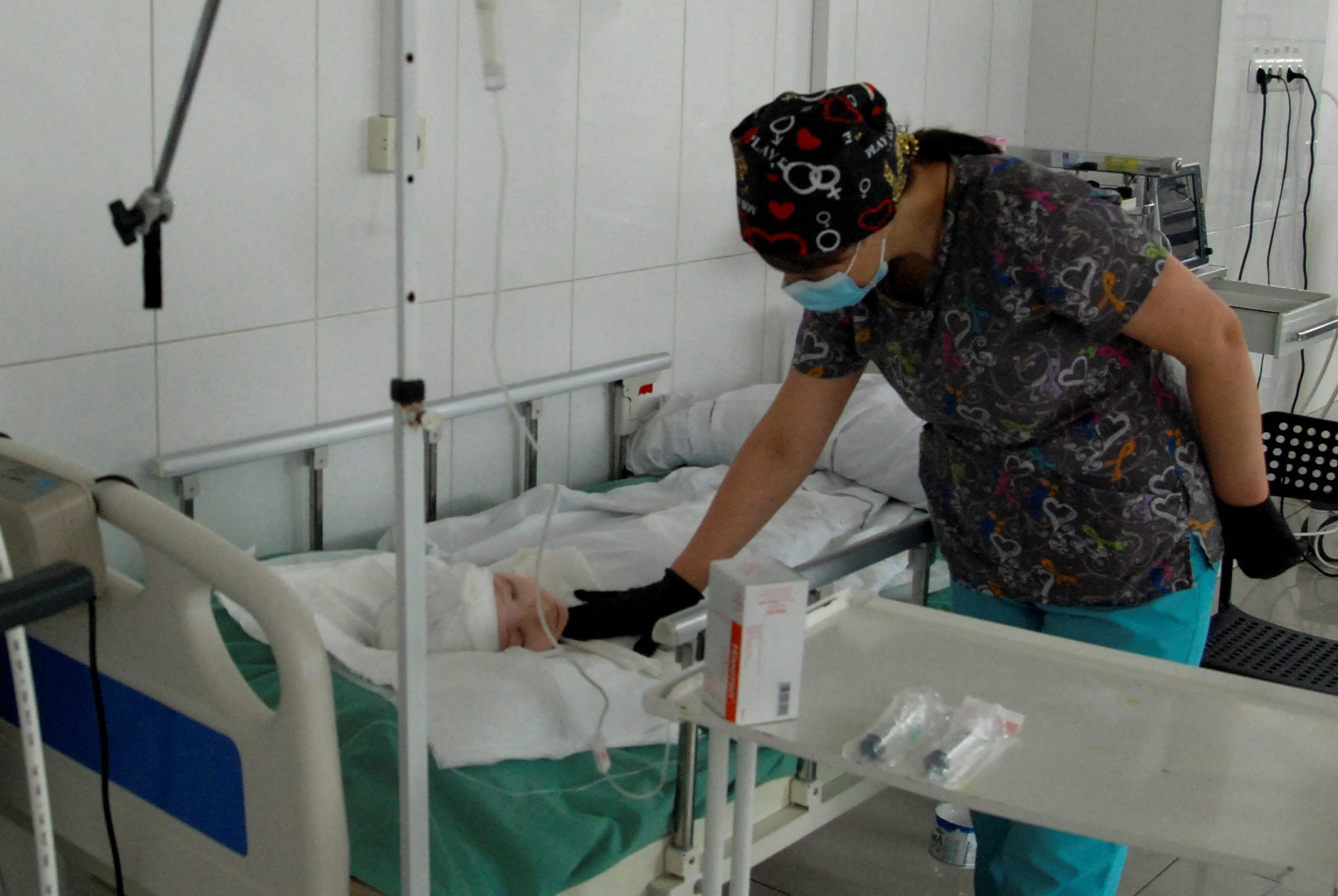 INJURED DURING SHELLING. A nurse stands next to Vova, a little boy injured during shelling amid Russia's invasion of Ukraine, in Kharkiv, Ukraine March 8, 2022.

Ukraine’s second largest city Kharkiv was under near-constant bombardment from the beginning of Russia’s invasion of Ukraine on February 24 until Ukrainian forces pushed the Russians away from the city in May. Ukraine has said 606 civilians were killed there and 600,000 evacuated.

Amnesty said that it had found during a 14-day investigation in April and early May evidence that Russia had used cluster munitions and scatterable mines in Kharkiv.

“The repeated bombardments of residential neighborhoods in Kharkiv are indiscriminate attacks which killed and injured hundreds of civilians, and as such constitute war crimes,” Amnesty said in a report.

Russia’s defense ministry did not respond to a Reuters request for comment on the Amnesty report. In the past, Russia has denied targeting civilians and accused Ukraine of faking evidence of war crimes.

Neither Russia nor Ukraine are signatories to an international agreement that bans cluster munitions. But the use of such weapons is still a war crime if it is indiscriminate and kills or harms civilians, Amnesty International research consultant Jean-Baptiste Gallopin told Reuters.

As an example, he cited a cluster munitions strike on a playground on Kharkiv’s Mira Street, which he said killed nine people and wounded 35.

Gallopin said Amnesty had also found that Ukrainian forces had violated international humanitarian law by positioning artillery near residential buildings, attracting Russian fire, though he said this “in no way justifies the relentless indiscriminate shelling of the city by Russian forces”.

Ukraine’s defense ministry could not be reached for immediate comment. – Rappler.com