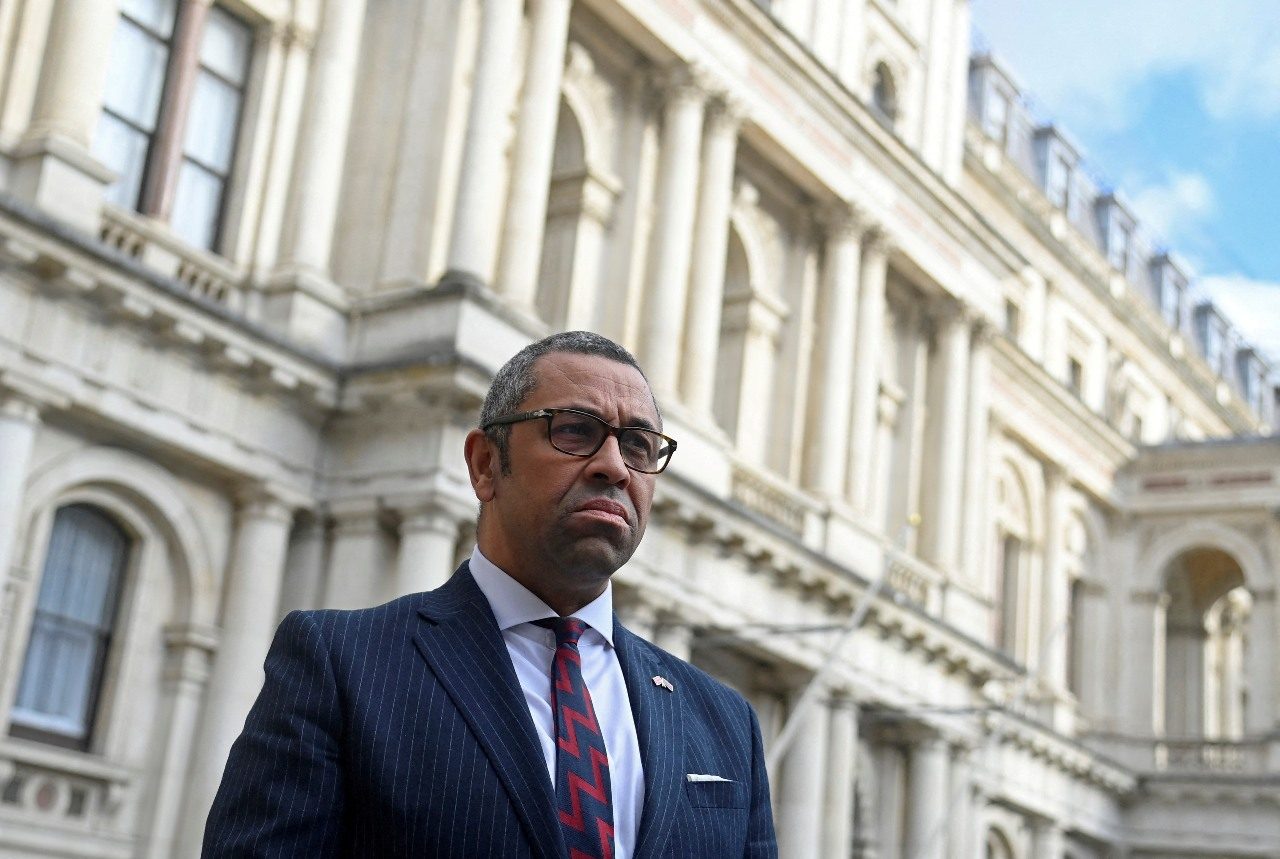 SUMMONS. British Foreign Secretary James Cleverly speaks during an interview with Reuters at the Foreign, Commonwealth and Development Office in London, Britain, on November 22, 2022.

LONDON, United Kingdom – Britain summoned China’s ambassador on Tuesday, November 29, to raise the treatment of a British journalist whose employer, the BBC, said had been assaulted by Chinese police while he was covering a protest in Shanghai.

The incident has deepened long-running diplomatic tension between Britain and China over a range of issues including human rights, China’s approach to Taiwan, security laws in Hong Kong and Chinese economic policies.

On Sunday, November 27, the BBC said its journalist Ed Lawrence was beaten, arrested and handcuffed while covering protests against strict COVID-19 measures. China’s foreign ministry has disputed the account.

Speaking on his arrival at a NATO foreign ministers’ meeting in Bucharest, Britain’s foreign minister James Cleverly said he had instructed that the Chinese envoy be summoned over the incident.

On Monday, November 28, Prime Minister Rishi Sunak criticized the Chinese approach to the protests, saying that instead of listening to its people, the government was choosing to crack down further.

That drew a rebuke from China’s embassy in London. On Tuesday, it published a statement on its website attributed to an embassy spokesperson: “The UK side is in no position to pass judgment on China’s COVID policy or other internal affairs.”

The statement added there were “serious problems” with Britain own COVID policies.

“China respects the right of journalists to report, but they must abide by the laws and regulations of the host country. No journalist, including British ones, is exempt.”

Britain last called in a senior Chinese diplomat to complain in October over the treatment of a man who was protesting outside the Chinese consulate in Manchester, northern England.

The man said he was dragged inside the grounds by masked men, kicked and punched, in an incident that was captured on camera. China said protesters had stormed its grounds.

Prior to that, in August, Britain summoned the Chinese ambassador to ask him to explain his country’s actions towards Taiwan. China responded by criticizing then-prime minister Liz Truss for “irresponsible rhetoric.”

A British parliamentary committee said on Tuesday it was visiting Taiwan this week to meet President Tsai Ing-Wen and other senior officials. – Rappler.com