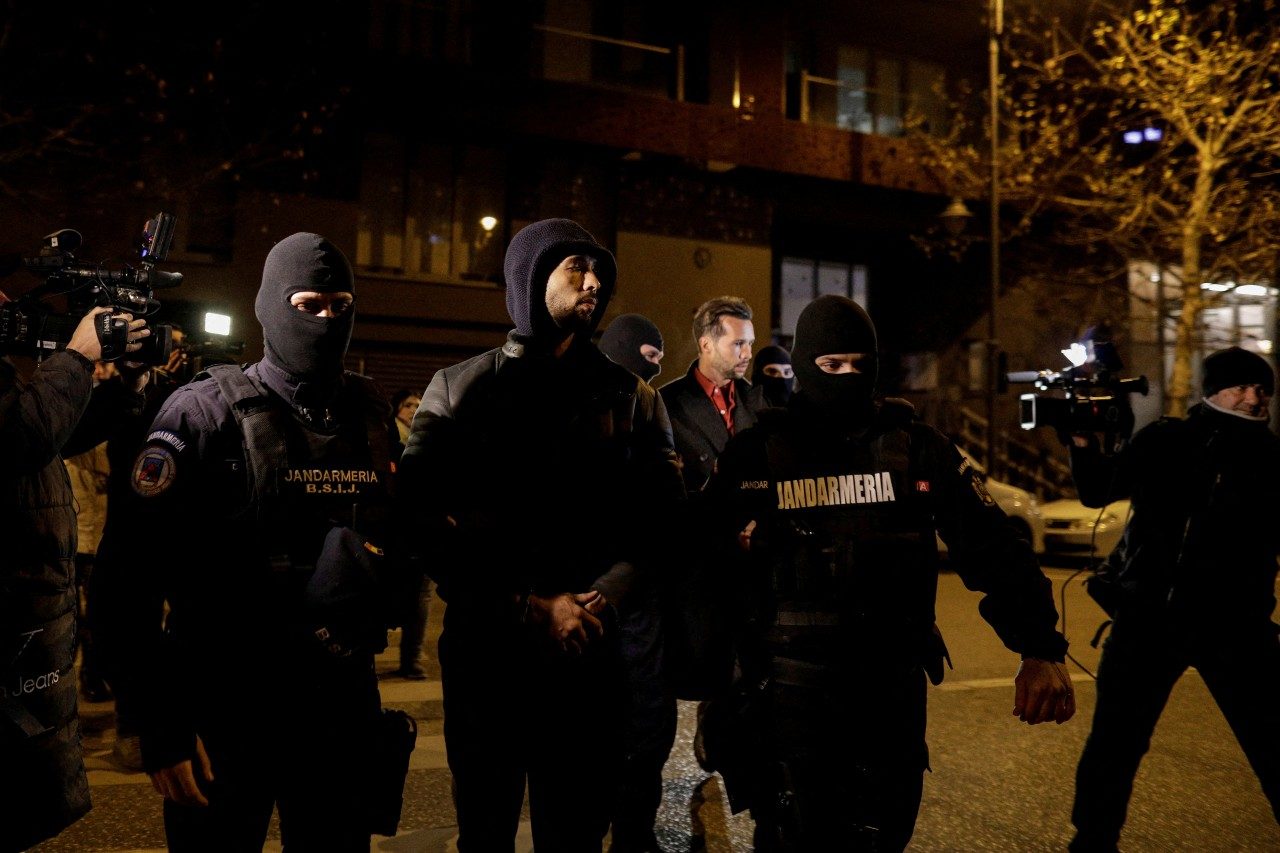 DETAINED. Andrew Tate and Tristan Tate are escorted by police officers outside the headquarters of the Directorate for Investigating Organized Crime and Terrorism in Bucharest (DIICOT) after being detained for 24 hours, in Bucharest, Romania, December 29, 2022.

BUCHAREST, Romania – Romanian prosecutors asked a Bucharest court on Friday, December 30, to extend the detention of Andrew Tate by 30 days, after the divisive internet personality was arrested on suspicion of human trafficking, rape, and forming an organized crime group.

Tate, a former professional kickboxer, and his brother Tristan were detained on Thursday, December 29, for an initial for 24 hours alongside two Romanian suspects, prosecutors from the anti-organized crime unit said in a statement after raiding their properties in Bucharest.

“Anti-organized crime prosecutors have notified the rights and liberties judge with the Bucharest Court with a proposal to remand the four suspects for 30 days,” the prosecutors said on Friday.

The brothers declined to comment on Thursday, but their lawyer confirmed they had been detained.

Prosecutors said the Tate brothers had been under criminal investigation since April.

“The four suspects … appear to have created an organized crime group with the purpose of recruiting, housing, and exploiting women by forcing them to create pornographic content meant to be seen on specialized websites for a cost,” prosecutors said in a statement late on Thursday.

“They would have gained important sums of money.”

Prosecutors said they had found six women who had been sexually exploited by the suspects.

Tate gained notoriety for misogynistic comments and hate speech. He has said women are partially responsible for being raped, and that they belong to men.

A number of social media platforms banned Tate, including Twitter, but his account there became active again in November, after the platform was taken over by Elon Musk. In one of his tweets following his return to the platform, he said he was flying to California to tell Musk he was “a legend.”

Tate appeared to have sent a tweet on Friday, suggesting he had access to his phone and social media while in custody.

Earlier this week, the British national was told to get a life by climate activist Greta Thunberg on Twitter after he told her he owned 33 cars with “enormous emissions.”

Tate, a former contestant on the UK reality show Big Brother, operates the “Hustler’s University,” which claims to have over 160,000 users who pay a subscription to learn about topics such as cryptocurrencies, investing and business. – Rappler.com