EXPLAINER: Why drones pose a different challenge for Ukraine than missiles 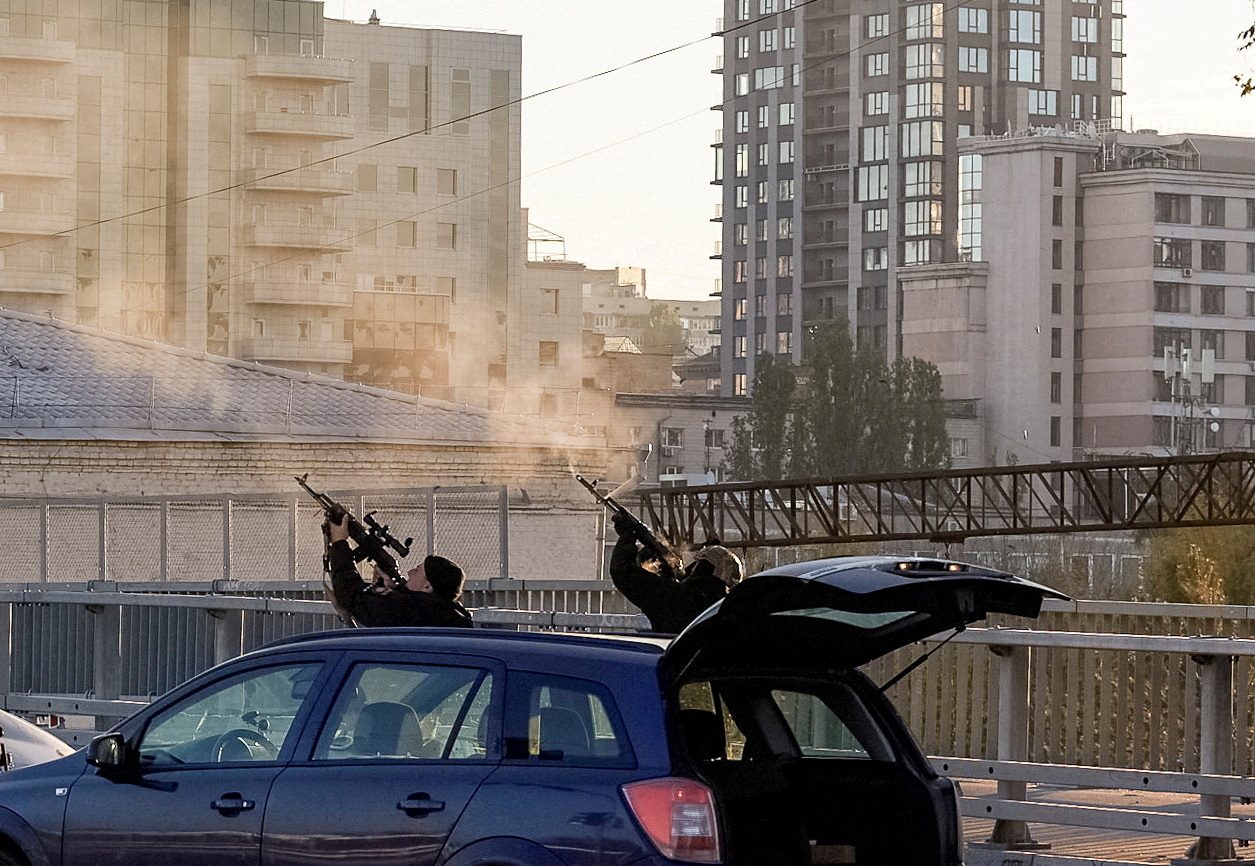 DRONES. Police officers shoot at a drone during a Russian drone strike, which local authorities consider to be Iranian-made Shahed-136 unmanned aerial vehicles (UAVs), amid Russia's attack on Ukraine, in Kyiv, Ukraine October 17, 2022.

Facebook Twitter Copy URL
Copied
Missiles fly fast, are hard to shoot down and carry a huge explosive payload. But for now the bigger threat may come from the drones – small, slow, cheap, and easy to shoot down, but so plentiful that they come in swarms.

Both are types of aircraft that fly to a target and explode when they get there, but they pose different threats.

Missiles, each costing hundreds of thousands or millions of dollars, fly fast, are hard to shoot down and carry a huge explosive payload. But for now the bigger threat may come from the drones – small, slow, cheap, and easy to shoot down, but so plentiful that they come in swarms.

Here are some of the differences.

Russia may have used munitions worth hundreds of millions of dollars in a single day on October 10 when Putin signaled his new tactic with the biggest air strikes since the start of the war, firing more than 80 cruise missiles at targets across Ukraine.

Russia’s Kalibr missiles are believed to be able to fly up to 2,000 km, descend on their targets at several times the speed of sound, and carry warheads that weigh more than 400 kg, potentially including nuclear weapons.

They are designed to destroy well-protected, high value military targets such as enemy warships or command centers. Shooting them down requires sophisticated air defenses, which are best suited to defending specific, important targets rather than protecting a wide area.

Kyiv claims to have shot down more than half of the missiles fired by Russia in the past weeks. But in the initial huge volley on October 10, Russia killed at least 19 people and knocked out power supplies across swathes of Ukraine.

Though Western analysts do not know exactly how many missiles Moscow still has left, its supply is limited, making continued strikes on such a large scale unsustainable.

Western countries have promised additional advanced missile defense systems, such as the US NASAMS system, due to be delivered in coming months and which Washington says it is now expediting. Germany sent the first of four IRIS-T air defense systems to Ukraine last week.

Unmanned aerial vehicles, or drones, can be used for surveillance or as a platform to fire munitions at the ground. But the simplest way to use a drone as a weapon is to fly it straight at a target and blow it up.

So-called “kamikaze drones,” such as Iran’s Shahed, can individually cost as little as a small car. Russia has already used hundreds of them against Ukraine in just the past few weeks, and is believed to have acquired as many as 2,000 from Iran.

US, allies to discuss Iranian drone transfers to Russia at UN 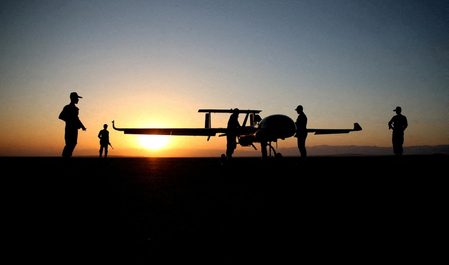 Each drone flies slowly enough to be shot out of the sky with a well-aimed rifle, and carries only a small explosive payload equivalent to an artillery shell. But they can travel hundreds of kilometers.

Kyiv claims to have shot down the vast majority of them – President Volodymyr Zelenskiy said on Wednesday, October 19, Ukraine had shot down as many as 233 Shahed drones over the past month.

But because of their low cost, they can be sent in swarms, making it difficult to prevent one or two from getting through, killing civilians in residential buildings or damaging scattered targets such as electricity sub-stations.

The advanced air defenses used to protect high-value targets from missiles are not ideally suited to stopping cheap drones – an entire swarm of drones can cost less than a surface-to-air missile used to take out just one of them.

Instead, specialized anti-drone defensive systems use sensors that can “hear” them coming and shoot them down from the ground, with artificial intelligence software to help detect and track them.

NATO Secretary-General Jens Stoltenberg said this week that the Western alliance was sending anti-drone defenses to Ukraine in coming days, though he did not give details. – Rappler.com