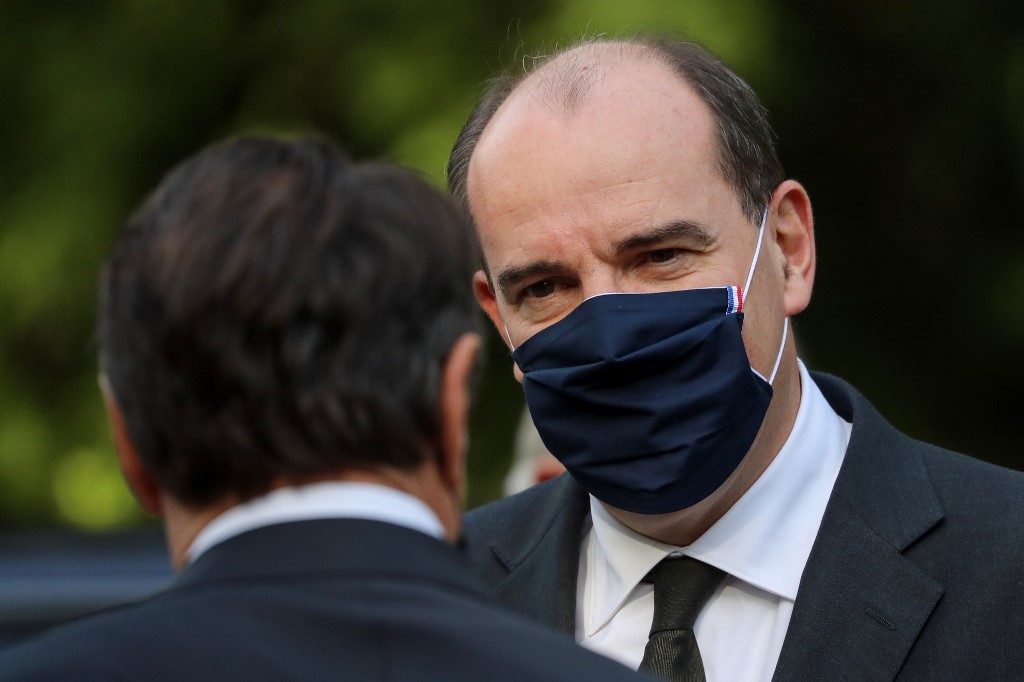 French Prime Minister Jean Castex (R) greets Nice Mayor Christian Estrosi (L) as they arrive prior to a ceremony in Nice, on November 7, 2020, in tribute to the three victims of an attack at Notre-Dame de Nice Basilica on October 29, 2020. - In the attack, one woman had her throat cut and a church employee was also fatally stabbed inside the church, while another woman managed to flee but later died of her wounds. Police say the attacker yelled "Allahu Akbar" (God is Greatest) as they apprehended him, leading officials to say it was the latest in a string of jihadist attacks on French soil in recent years.

French Prime Minister Jean Castex on Saturday, November 7, lamented the killings of 3 people killed by a knife attacker in Mediterranean city Nice and named “radical Islamism” as an “enemy” for the country.

“We know the enemy, it has not only been identified, but has a name, it’s radical Islamism,” Castex told a memorial service in Nice, recalling that the city had already paid a “heavy toll” when 86 people were killed in a 2016 truck ramming attack against a crowd on France’s July 14 national day.

Radical Islamism is “a political ideology which distorts the Muslim religion by twisting its scriptures,” he added.

“Every time it’s France that’s in the sights, is the target of terrorism,” Castex said.

In response to the Nice attack, believed to have been carried out by a recently-arrived Tunisian migrant, French President Emmanuel Macron has begun pushing for tighter security at the external borders of Europe’s Schengen free-travel zone.

With the continent also stunned after a gunman killed four in the Austrian capital Vienna on Monday, France has already doubled the number of guards on borders with its EU neighbors, to 4,800, and raised its terror alert level to the highest setting.

Ministers are also pressing north African former colonies Tunisia and Algeria to take back their citizens convicted in France of terrorism offences.

The Nice attack echoed the killing two weeks earlier of schoolteacher Samuel Paty, who was beheaded by an 18-year-old Chechen refugee after showing his class cartoons of the Prophet Mohammed during a lesson on freedom of speech.

In September, a man had attacked people outside the former offices of satirical weekly Charlie Hebdo, which originally published the caricatures.

Numbers were “exploding”, a judicial source said. “We have many threats targeting politicians, the president, the prime minister, several ministers, members of parliament, teachers,” with many referring to “decapitation”.

But Paris prosecutor Remy Heitz noted that the probes target “all kinds of people, radicalized people but also people with mental health problems or who send a message without realizing how serious it is”.

A number of schoolchildren have been targeted in probes over support for terrorism, some after joking about or sharing pictures of Paty’s death. – Rappler.com