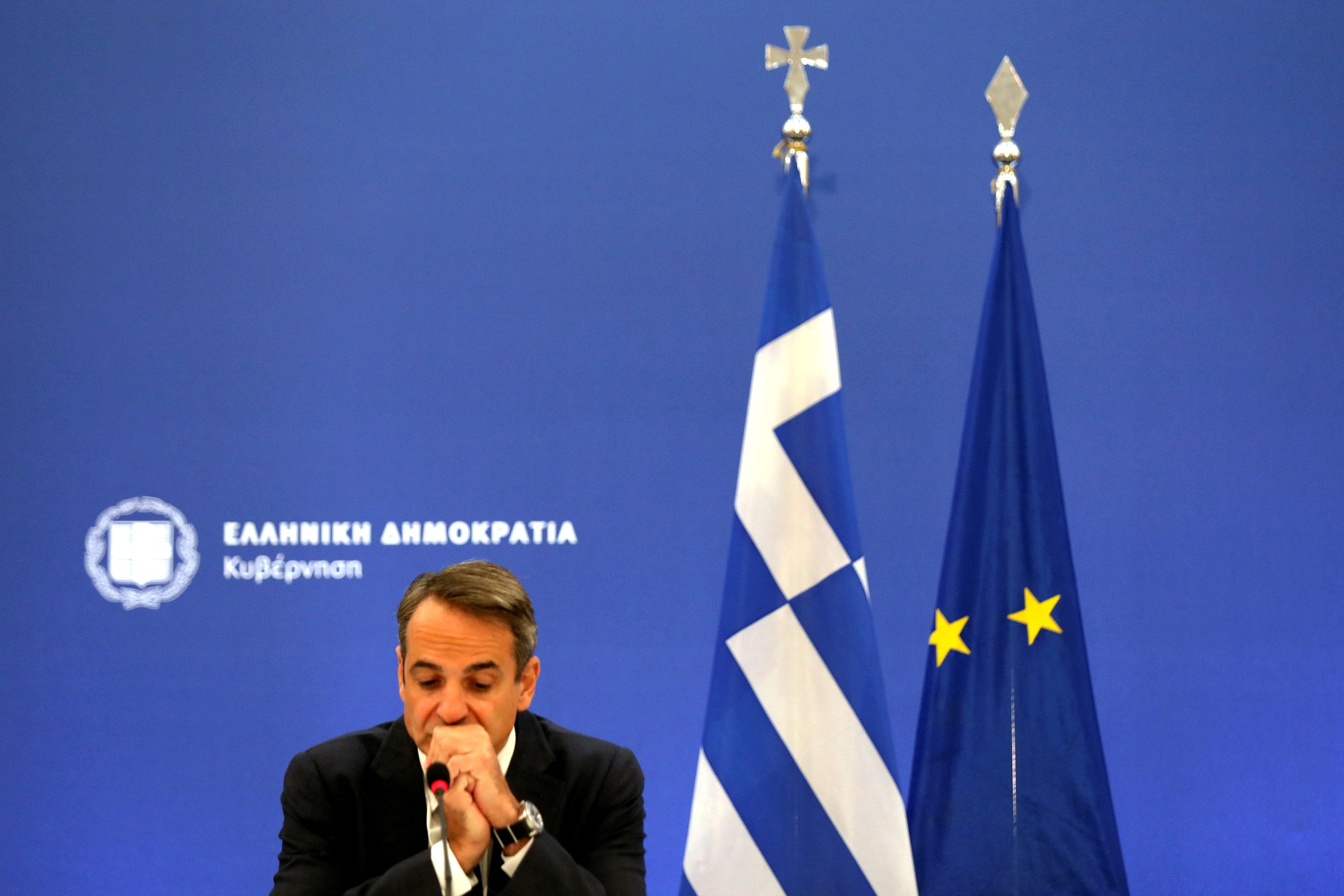 ON THE FIREFIGHT. Greek Prime Minister Kyriakos Mitsotakis attends a news conference to discuss government response to fires raging across Greece for the past week, in Athens, August 12, 2021.

More than 500 wildfires have broken out in recent weeks across Greece, which, like other countries in the Mediterranean region including Turkey and Tunisia, has seen some of its highest temperatures in decades.

On Monday, a blaze broke out on a mountain near the port town of Lavrio, about 60 km (40 miles) south of Athens, forcing the evacuation of two nearby villages.

At least 71 firefighters, assisted by six water-bombing planes and four helicopters, were trying to prevent the fire – which broke out in an area of low vegetation – from spreading to pine trees.

A separate blaze broke out in a forested area near the village of Vilia north of the capital, close to a children’s summer camp, authorities said. Two helicopters and two firefighting planes were dispatched there.

The biggest fire, on the island of Evia near the capital, burned for more than a week earlier in August before being contained, ravaging swathes of forest in the island’s north and forcing the evacuation of thousands of people by sea.

Prime Minister Kyriakos Mitsotakis has apologized for failures in tackling the fires. The government announced a 500-million-euro aid package for Evia and the Attica region around Athens.