Biden vows ‘severe sanctions’ on Russia by US, allies for Ukraine attack 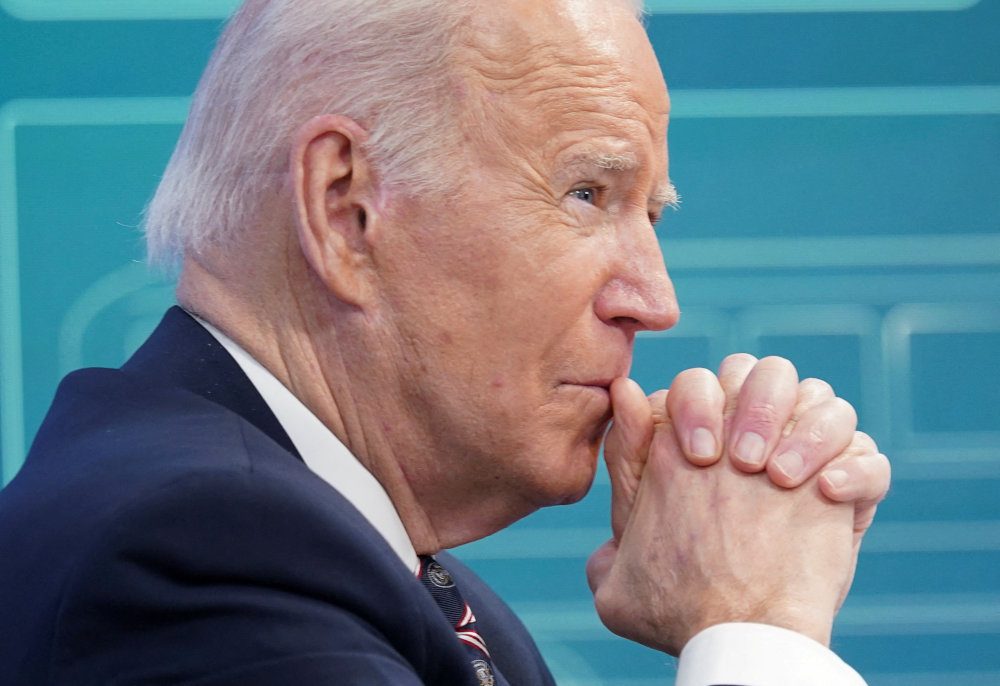 JOE BIDEN. US President Joe Biden listens during a virtual roundtable on securing critical minerals at the White House in Washington, US, February 22, 2022.

Facebook Twitter Copy URL
Copied
'Tomorrow, I will be meeting with the leaders of the G7, and the United States and our allies and partners will be imposing severe sanctions on Russia,' US President Joe Biden says

WASHINGTON, DC, USA – The United States and its allies will impose “severe sanctions” on Russia after its military forces launched an attack on Ukraine, US President Joe Biden said after blasts were heard in the Ukrainian capital of Kyiv and other cities.

Biden said he spoke with Ukrainian President Volodymyr Zelenskiy and briefed him on the steps Washington was taking to rally international condemnation of Russia, including at a special meeting of the United Nations Security Council.

“Tomorrow, I will be meeting with the leaders of the G7, and the United States and our allies and partners will be imposing severe sanctions on Russia,” Biden said in a statement.

Washington would continue to provide support and assistance to Ukraine and its people, he added, but gave no details.

Earlier, Biden condemned the actions of Russian President Vladimir Putin, who told state television shortly before the onslaught that he had authorized a “special military operation” in eastern Ukraine.

“President Putin has chosen a premeditated war that will bring a catastrophic loss of life and human suffering,” Biden said in a statement late on Wednesday.

“Russia alone is responsible for the death and destruction this attack will bring. The world will hold Russia accountable.”

The White House said Biden would speak in the early afternoon.

Biden said he would monitor the situation from the White House before meeting online with his counterparts from the Group of Seven advanced economies early on Thursday.

Then, he said, he would “speak to the American people to announce the further consequences the United States and our allies and partners will impose on Russia for this needless act of aggression against Ukraine and global peace and security.”

Biden said Washington would also coordinate with NATO allies “to ensure a strong, united response that deters any aggression against the alliance.”

Biden, who orchestrated an initial round of Western sanctions this week against Russian oligarchs, financial institutions and exports, had made clear that Moscow would pay a steeper price for continued aggression.

Next steps are likely to include sanctions against more Russian banks, such as Sberbank and VTB, steps to bar US financial institutions from processing transactions for major Russian banks, and export controls on US and foreign-made goods.

Such items range from commercial electronics and computers to semiconductors and aircraft parts.

On Wednesday, Washington had already stepped up pressure on Putin with sanctions on the firm building the $11-billion Nord Stream 2 gas pipeline and its corporate officers, a move that Biden had waived for months.

Germany froze approvals on Tuesday for the pipeline, which has been built but is not yet in operation, amid concerns it could allow Moscow to weaponize energy supplies to Europe. – Rappler.com