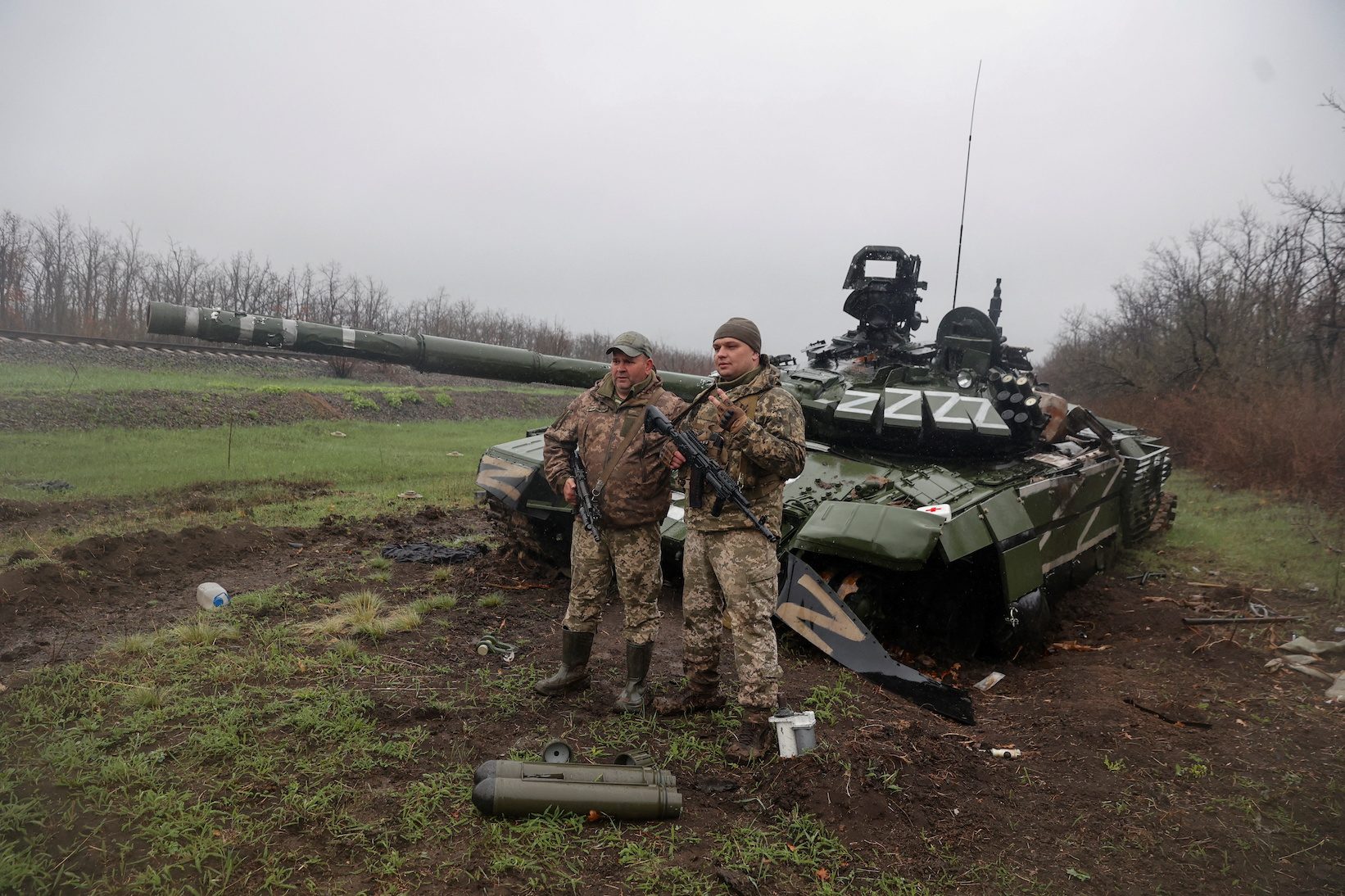 Ukrainian service members pose for a picture in a front of a damaged Russian tank T-72 BV, as Russia's attack on Ukraine continues, in Donetsk region, Ukraine April 13, 2022. REUTERS/Serhii Nuzhnenko

Facebook Twitter Copy URL
Copied
Russian military vehicles in Ukraine are prominently marked with the letter 'Z', and it has started appearing on social media and on clothing elsewhere in support of the war

VILNIUS, Lithuania – Lithuania’s parliament on Tuesday, April 19, voted to ban public displays of the letter “Z”, the black and orange ribbon of St George, and other symbols seen as expressing support for Russia’s invasion of Ukraine.

Russian military vehicles in Ukraine are prominently marked with the letter “Z”, and it has started appearing on social media and on clothing elsewhere in support of the war.

Meanwhile the ribbon of St George, first introduced as an honor by Catherine the Great, has gained significance in the Russian-speaking world since separatists in eastern Ukraine adopted it as a symbol of their support for Russia in 2014.

To an earlier ban on public displays of Soviet and Nazi symbols, parliament added a provision for “the symbols of
totalitarian or authoritarian regimes used in the past or currently use to promote military aggression, crimes against humanity and war crimes committed or perpetrated by them.” Lawmakers also approved that fines for breaching the ban should be raised to 900 euros ($827) for persons and up to 1,500 euros for companies.

Russian President Vladimir Putin sent his troops into Ukraine on what he calls a “special military operation” to
demilitarize and “denazify” Ukraine. Ukraine and the West say Putin launched an unprovoked war of aggression.

The Lithuanian decision comes after similar bans in Latvia and Moldova. Germany was also considering such ban.

Ukrainian Foreign Minister Dmytro Kuleba in March called for a universal ban of the political use of the letter “Z,” saying it signified “Russian war crimes, bombed out cities, thousands of murdered Ukrainians.”