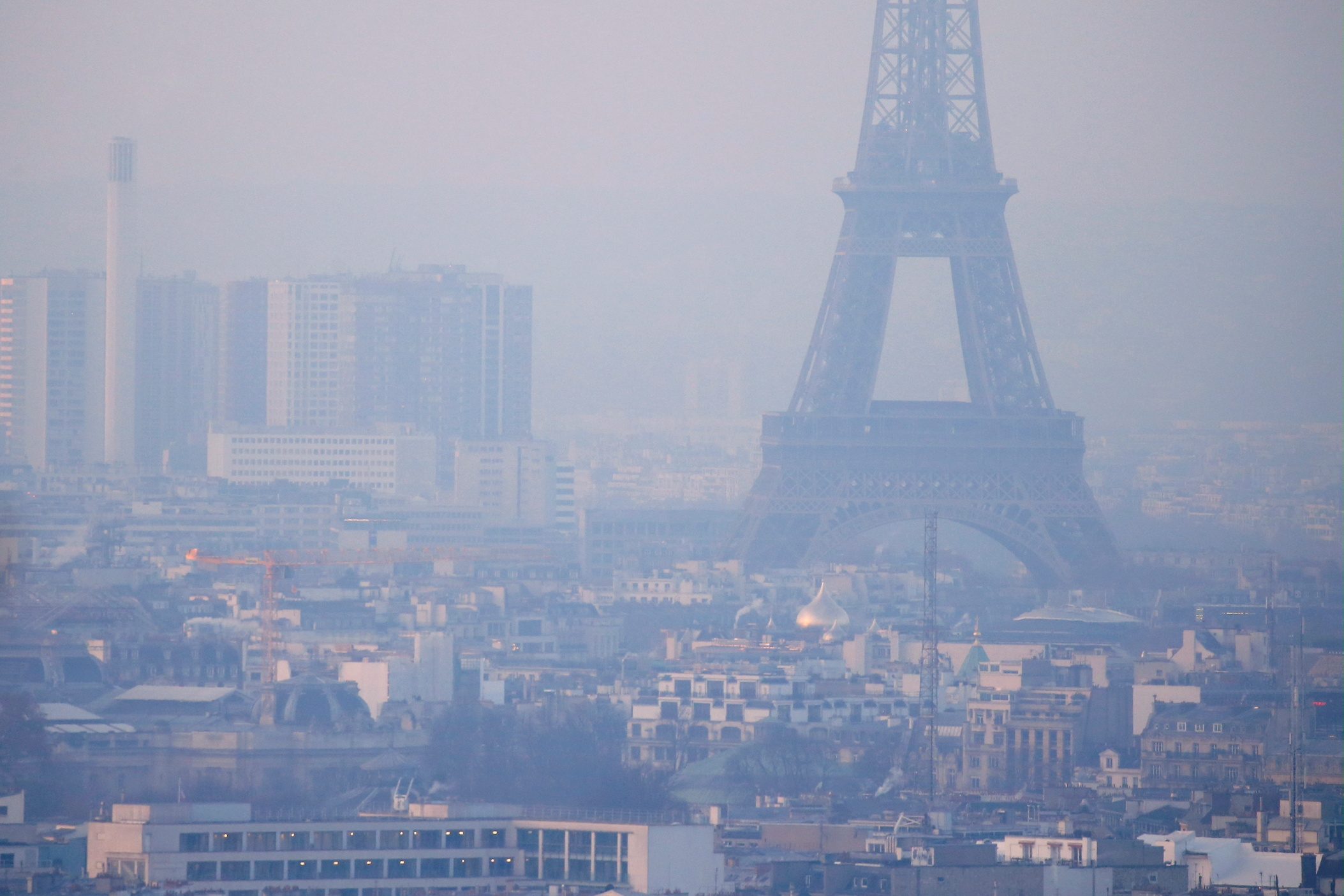 FILE PHOTO: The Eiffel Tower is surrounded by a small-particle haze which hangs above the skyline in Paris, France, December 9, 2016 as the City of Light experienced the worst air pollution in a decade. REUTERS/Gonzalo Fuentes/File Photo

More than 800 deaths may have been avoided thanks to better air quality during Europe’s first coronavirus lockdown, the European Union’s Copernicus Climate Change Service (CAMS) said on Wednesday, January 26.

By comparing people’s exposure to air pollution between February and July of 2020 across 47 major cities, scientists concluded that government measures to limit the spread of the virus protected people from deadly pollution.

The peer-reviewed study found that school closures, stay-at-home policies and cancelling events had the strongest impact on levels of nitrogen dioxide (NO2), a noxious gas largely generated by cars.

Nitrogen dioxide is linked to some respiratory and heart conditions and, according to the European Environment Agency (EEA), is responsible for 50,000 premature deaths in the EU every year.

The study said cities in France, Spain and Italy saw NO2 levels fall between 50% and 60% during the period. The authors based their estimate of avoided deaths on observed changes in daily concentrations of pollutants as well as exposure, CAMS said. The intensity and timing of the reduction in air pollution was studied along with the impact on short-term mortality.

Paris, London, Barcelona, and Milan were among those that avoided the most deaths due to government curbs.

Professor Antonio Gasparrini from London School of Hygiene and Tropical Medicine (LSHTM), which collaborated on the research, added the information could be used to design better policies to tackle air pollution.

“This ‘natural experiment’ has given us a glimpse of how air quality can be improved by drastic public health measures that would be difficult to implement in normal times,” he said.

The EEA last December estimated that exposure to fine particulate matter caused some 307,000 premature deaths across the bloc in the year before the pandemic. – Rappler.com