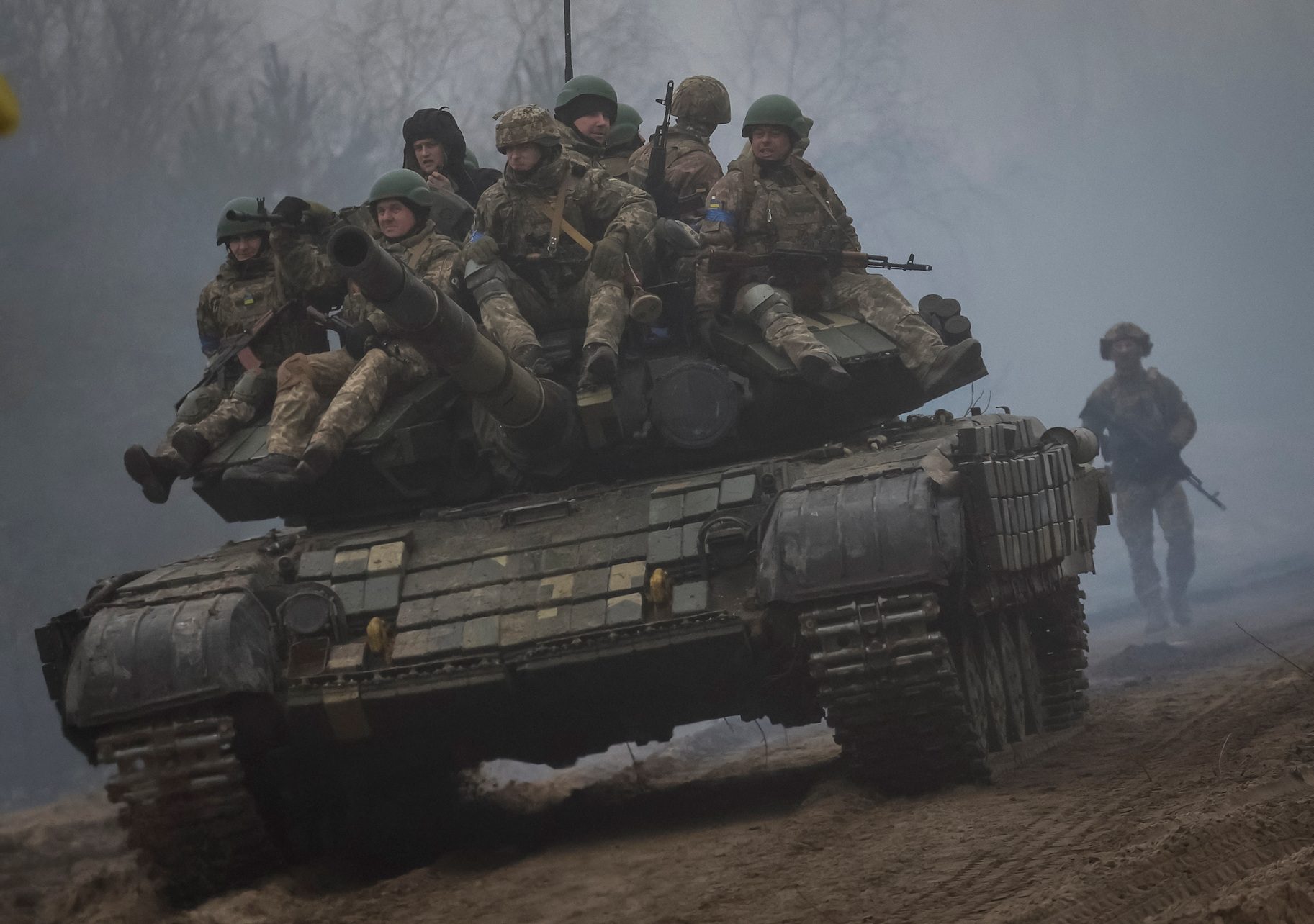 TAPA MILITARY BASE, Estonia – A group of nine NATO countries, including Britain and Poland, pledged a raft of new military aid to support Ukraine’s war with Russia on Thursday, January 19, ahead of a crunch meeting on arms for Kyiv scheduled to take place in Germany on Friday, January 20.

“The West must stay united and continue to support Ukraine with military aid,” Estonian Defense Minister Hanno Pevkur told a news conference in his home country, held jointly with his British counterpart and other officials.

“What Ukraine needs most is heavy weaponry … The hardest battles are still ahead,” Pevkur said.

Gathering at a military base, the officials pledged missiles, stinger air defense systems, anti-aircraft guns, machine guns, training, and other equipment and services.

Poland was sending S-60 anti-aircraft guns with 70,000 rounds of ammunition and was ready to donate a company of German-made Leopard 2 tanks, “pending (a) wider coalition” of Leopard donors, according to a joint statement from the meeting.

The potential supply of Leopard tanks is expected to be high on the agenda when a broader group of nations, including the United States, meets on Friday at Germany’s Ramstein Air Base.

The United States and Germany tried on Thursday to resolve a stand-off over the Leopard, which the German government has so far resisted supplying to Ukraine, but no conclusion has so far been communicated.

Kyiv has pleaded for the tank, which it believes would help it to turn the tide against Russian forces.